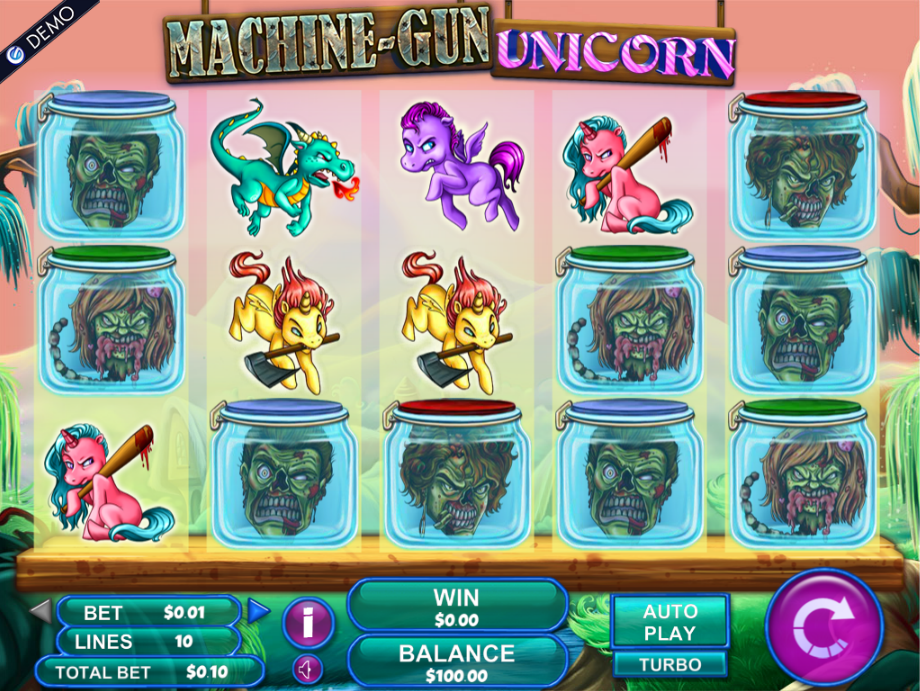 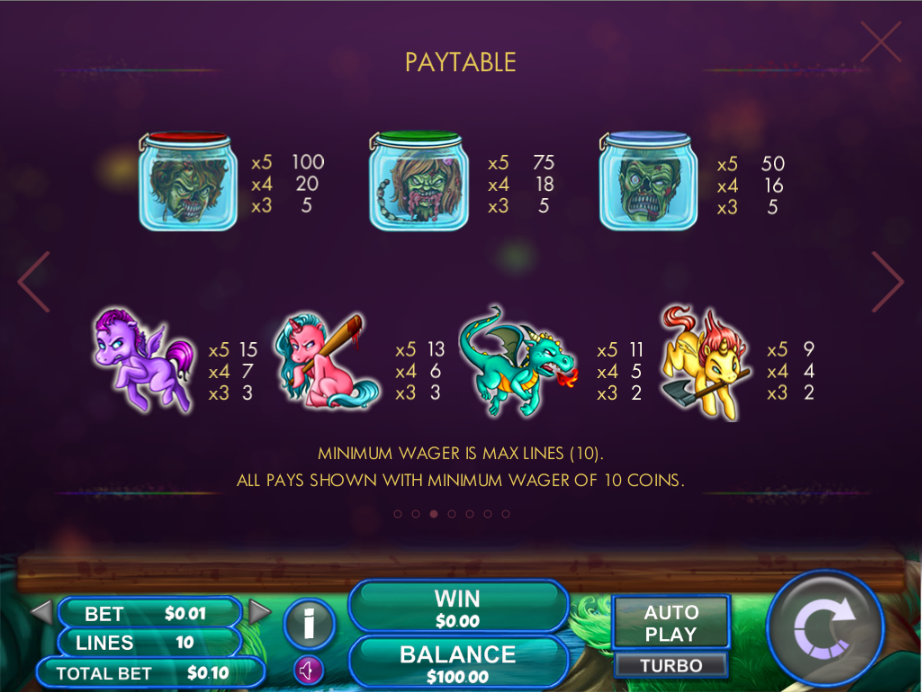 One has to wonder where the themes for certain online slots come from; is there a darkened room somewhere where mad programmers concoct titles such as Machine-Gun Unicorn and unleash them on an unsuspecting slot-plying public? Who knows and frankly who cares as long as it’s all good fun and this Genesis Gaming creation certainly is – read the full review below for all the relevant information.

Machine-Gun Unicorn is a five reel slot with three rows and ten fixed paylines; the theme is certainly an odd one and seems to involve a battle between various cute-looking unicorns and zombie heads in jars. It all happens in some sort of pastel fantasy world which is presumably under threat from the jarheads. There’s a pounding soundtrack which you may want to turn down a little after a while.

All the high value symbols are either unicorns – purple, pink, green and yellow – or zombie heads in jars and it’s important to note that although there are only ten paylines they operate from right to left as well as left to right.

The golden unicorn is the Machine-Gun Unicorn of the title and only appears on reel three, it’s also the wild symbol and it triggers the only bonus feature. According to the intro movie, this is the creature who saved the land from the zombie invasion. 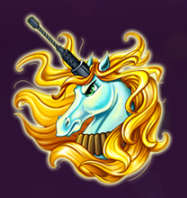 This is where the heroic golden unicorn comes in handy and if you will need to land it on reel three to see what happens. If you can manage that at the same time as zombies in jars occur on the reels, the unicorn will destroy them all with his huge weapon. You will receive a cash prize for each jar destroyed and the jar value will increase the more there are on the reels.

If there are no jars when the unicorn lands you will a small credit amount anyway.

Machine-Gun Unicorn is like playing some sort of children’s cartoon with all the pastel colours and unicorns on show; it’s good fun though and offers a nice high RTP of 97.19%.