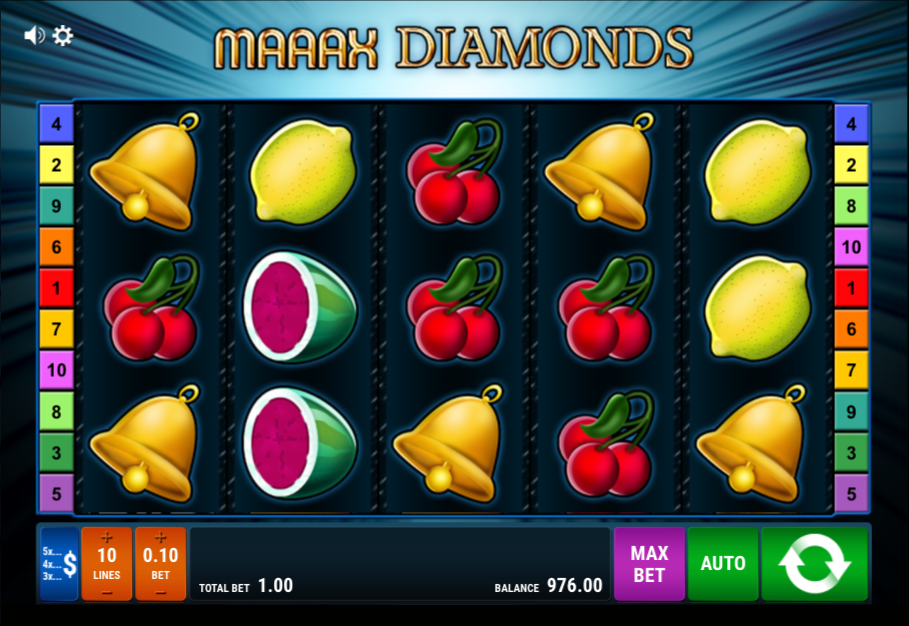 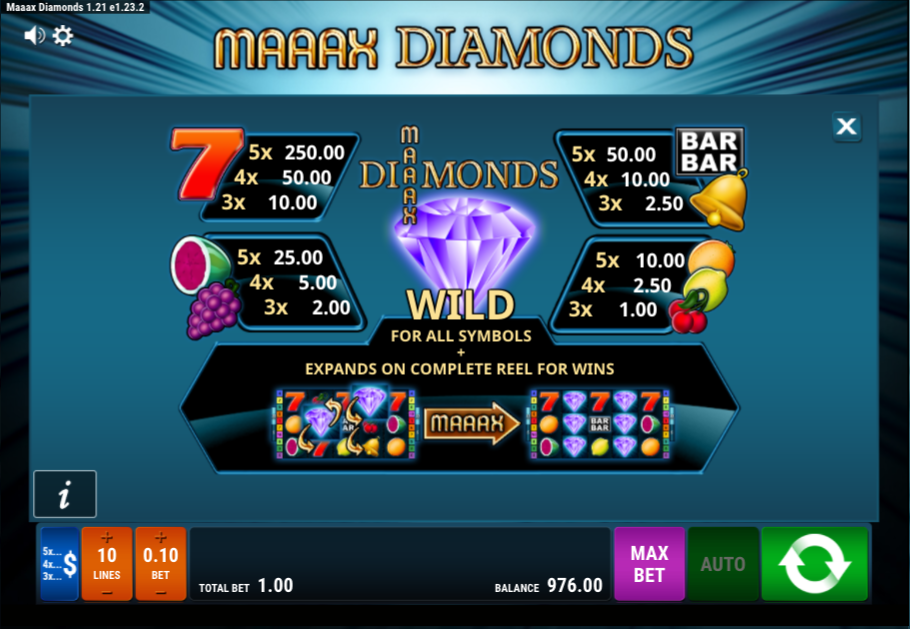 In amongst a sea of online slots with numerous bonus features and complex instructions there’s always room for something a little simpler and so we’re always happy to check out a game like Maaax Diamonds – and not only because it has a daring number of ‘A’s in the title. It’s developed by Gamomat and you can find out all about it right here.

Maaax Diamonds is a five reel slot with three rows and up to ten paylines; the design of this game is similar to many other Gamomat slots but that’s no bad thing. The large, mainly fruity symbols spin on a dark set of reels which sits against a backdrop of a faded blue flash emanating from the distance.

The fruit symbol on show here include watermelons, bunches of grapes, oranges, lemons and cherries; the two higher value symbols are the familiar red seven and a golden bell.

The purple diamond is wild, it appears on reels two, three and four and it will substitute for all others to form winning combos; it also has an extra ability which is explained in more detail below.

This is where the diamonds comes in a handy and each time it lands it will expand to cover it’s entire reel if a winning combination is possible.

Maaax Diamonds is simple to look at and simple to play and while it might not suit those who prefer a bit more action, it does what it says on the tin and it’s an old fashioned reel spinner with some classy graphics. It comes with an RTP of 96.07%.