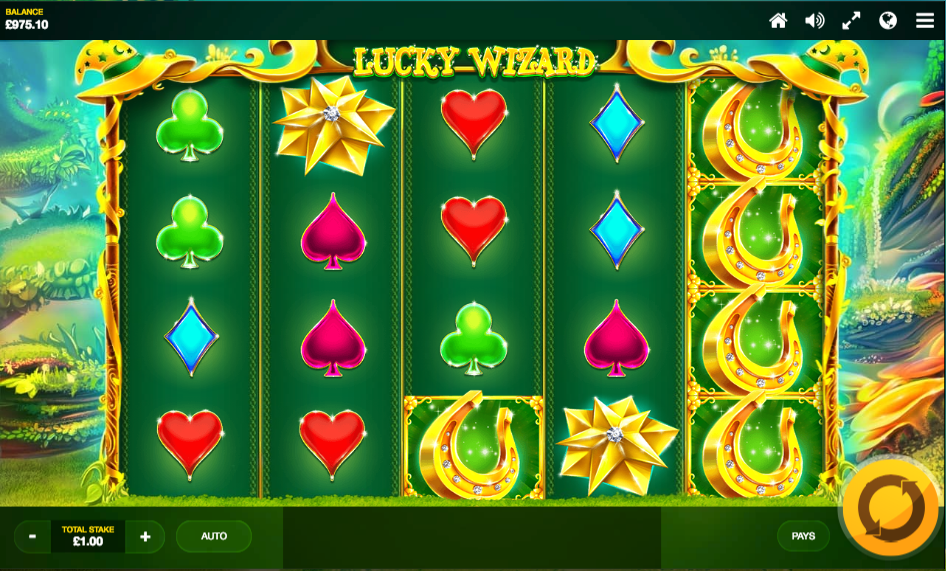 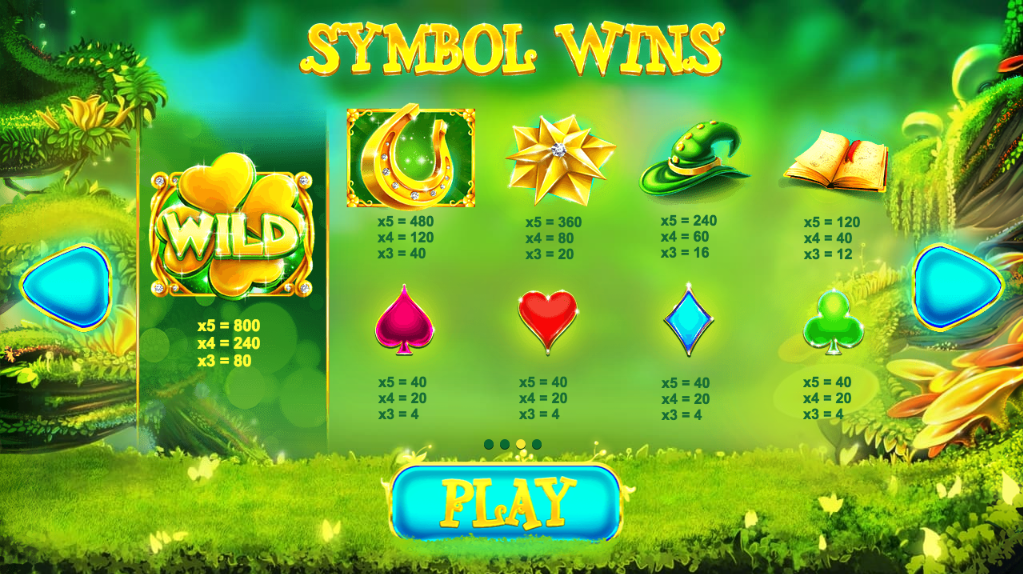 For online slots fans a return to the Emerald Isle is never far away and this time it’s in the company of Lucky Wizard, a release from Red Tiger Gaming; what it lacks in realism it makes up for in randomly awarded features so read on to find out what they might be.

Lucky Wizard is a five reel slot with four rows and forty fixed paylines; those reels spin within a frame formed from golden staffs topped with wizard hats and the backdrop is hazy, dreamlike vista of plants and other wildlife.

The high value symbols include a golden horseshoe, a star-like flower, the wizard’s hat and a his spell book; playing card symbols of purple, red, blue and green make up the lower values.

The wild symbol is a golden clover which will substitute for all others to help form winning combinations except for the Lucky Bonus scatter.

This is triggered by landing at least three of the bonus symbols and you’ll get to play a picking game in which you select potions to progress towards bigger prizes.

The wizard will appear randomly in front of the reels to award one of the following mini-features:

Lucky Wizard is a good-looking slot which brings something a little different to the Irish genre – the Lucky Wizard features occur regularly, there’s some appropriately parochial background music and an RTP of 95.12%.