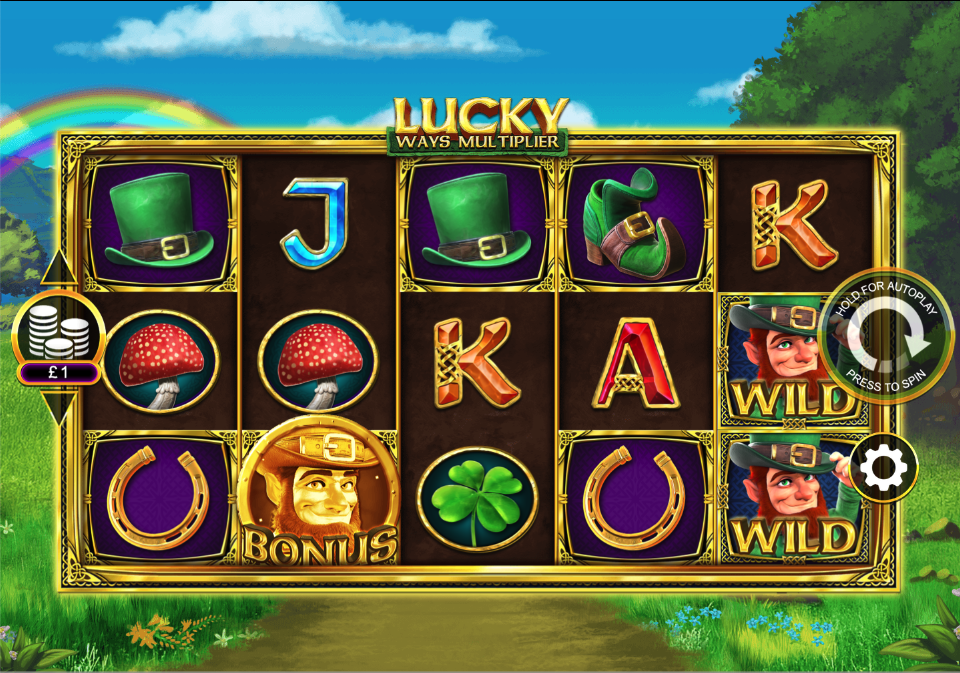 Online slots fans will be familiar with the Emerald Isle as the destination and inspiration for many games over the years and here we have one more to add to the list, courtesy of Inspired Gaming; it’s called Lucky Ways Multiplier and it comes with Re-Life Spins and the Life Saver Spin.

Lucky Ways Multiplier is a five reel slot with three rows and two hundred and forty three ways to win; the famously sunny Irish weather is shown behind those golden reels where a rainbow cuts through the clear blue sky, pointing to pot of gold in the distance.

High value symbols include the pot of gold, the leprechaun’s top hat, his green shoe, a lucky horseshoe, a four leaf clover and a toadstool; J, Q, K and A make up the lower values. The leprechaun is wild, he appears on reels two to five and he’ll replace all symbols except the golden leprechaun scatter.

This is where the fun starts and it’s triggered by landing three, four or five of the golden leprechaun scatter symbols anywhere in view – you’ll now enter this feature with a 1x, 3x or 5x win multiplier respectively.

You’ll start with three lives and lose one with each non-winning spin but those three lives will be reset with each winning spin; in addition each win will increase the final win multiplier by 1x, up to a maximum of 100x.

When just one life remains reel three becomes completely wild to provide an extra chance to keep the spins going – this is the Life Saver Spin –  but it’s all over when there are no lives left.

Lucky Ways doesn’t offer too much in the way of originality but it’s an enjoyable virtual trip across the Irish Sea nonetheless and it could be a profitable one if you can trigger those Re-Life Spins.