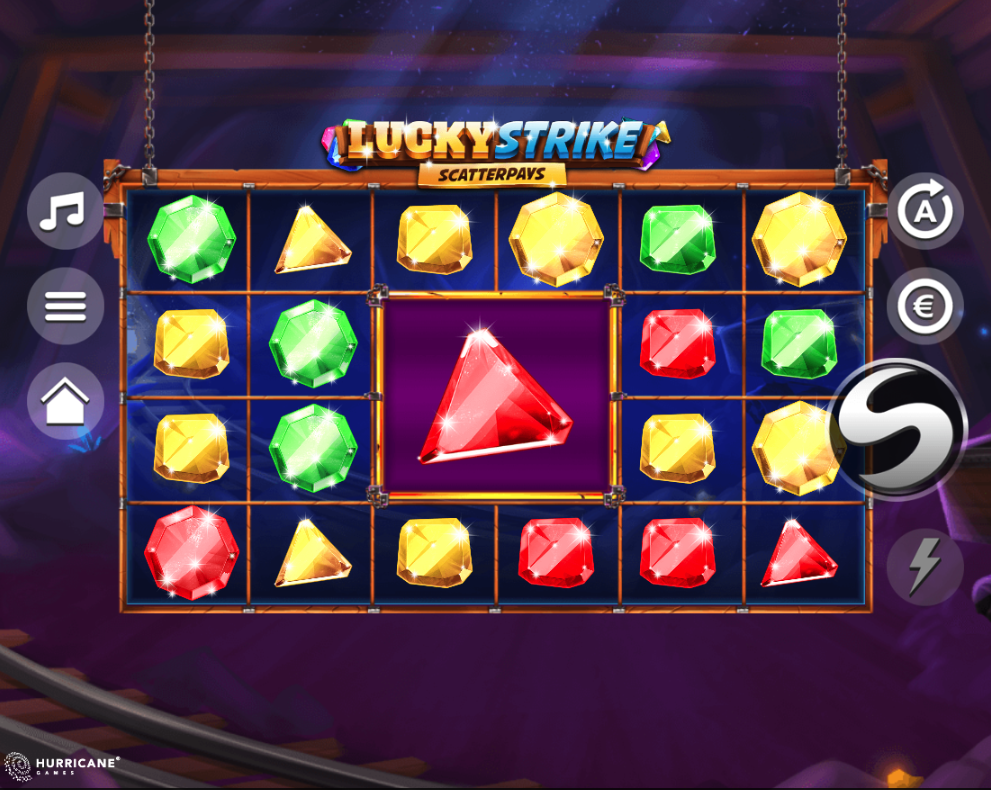 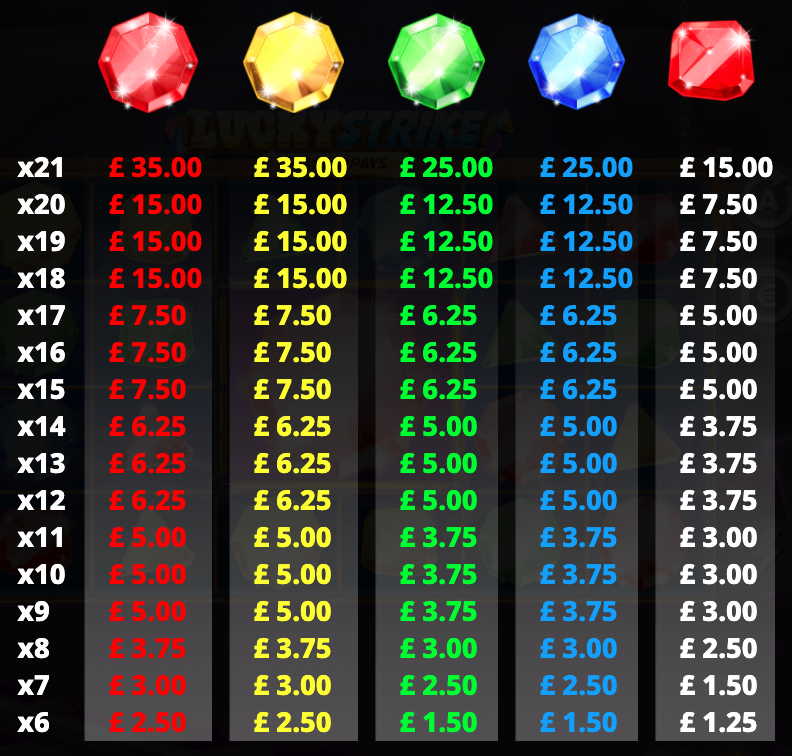 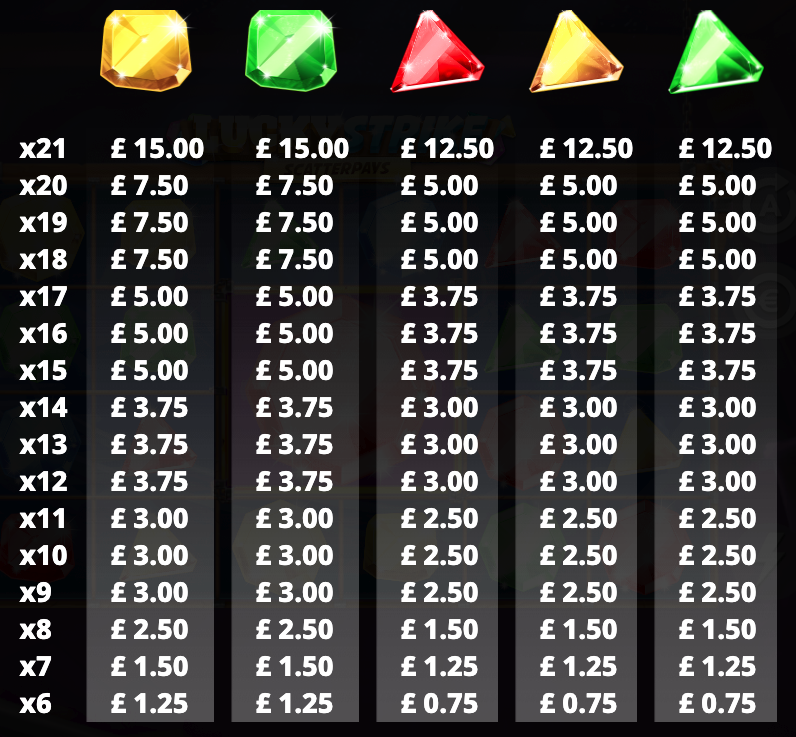 It’s time to head back underground once more in pursuit of valuable, multi-coloured gems in this online slot from Leander/Hurricane Games; it’s called Lucky Strike and it’s winning combos are are based entirely on scatter symbols as we shall explain below.

Lucky Strike plays out on the grid above which may look like a normal six reel setup but in fact it should be viewed as twenty one different reels, all spinning independently – the 2×2 symbol in the middle also counts as one large icon. Your task is simply to land at least six matching symbols anywhere in view to create wins.

Despite having no bonus symbols there’s still a way to trigger this Respins feature and the way to do it is to land any kind of win which contains the large, 2×2 centre symbol; a multiplier with a value up to 5x will appear on that large symbol and the reels will now respin with all those matching icons locked in place. If any more matching symbols land they’ll also lock in place and another respin will be awarded; at the same time the multiplier value will increase by 1x with each new spin.

The round ends when no more matching symbols land or the reels are full of the same one.

We like to something new in a slot and a game which relies entirely on scatter symbol certainly offers that – it’s gameplay is simple and engaging at the same time and we think you’ll come back to this for sure.