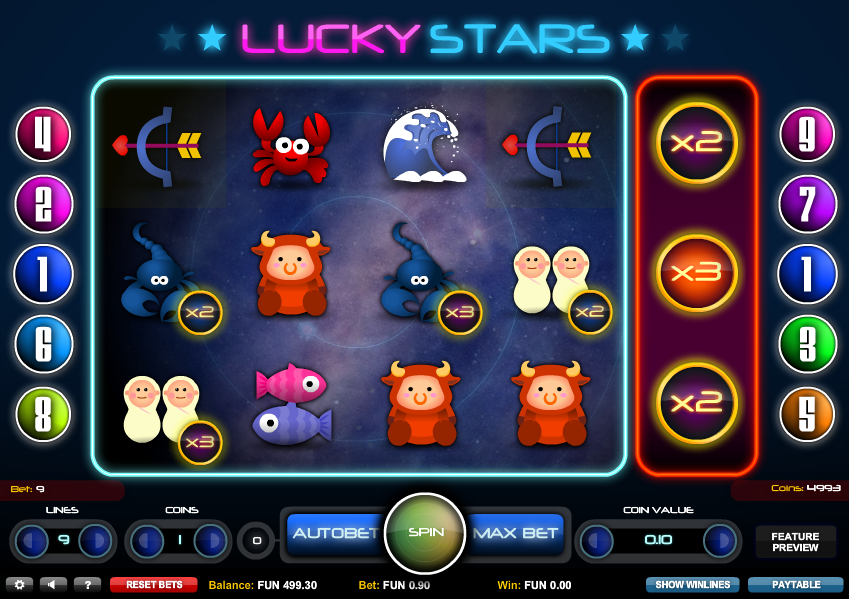 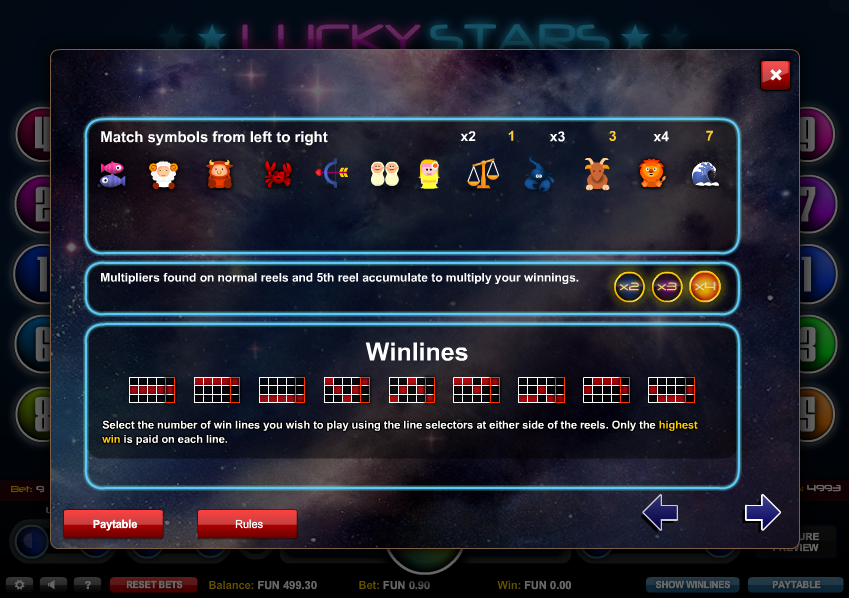 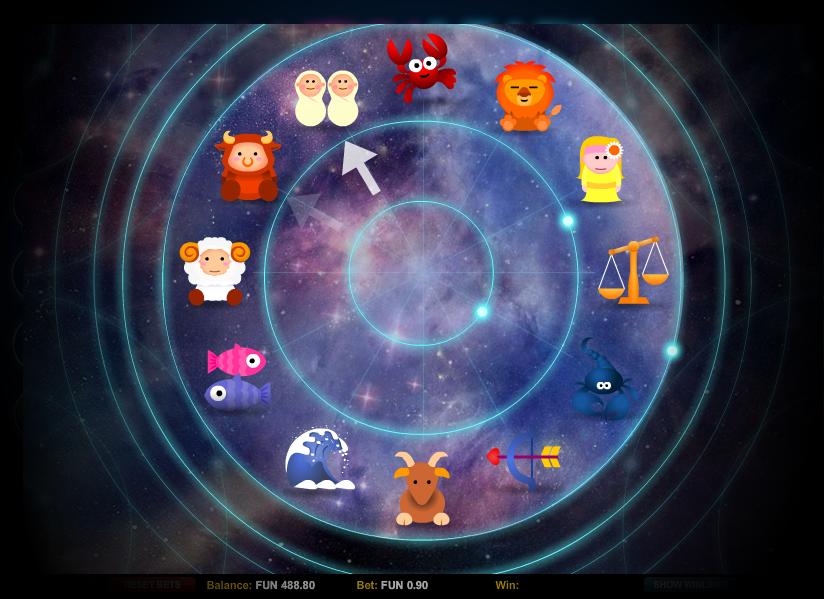 Lucky Stars is an interesting addition to the list of online slots available from 1×2 Gaming; it’s a cute-looking game based on astrological symbols but it has a creative payline structure which is reminiscent of Net Entertainment or Thunderkick. Whether or not you believe that your future is mapped out in the stars, Lucky Stars is worth checking out.

Lucky Stars is a five reel slot with three rows and up to nine paylines; as you can see though the fifth reel just contains multipliers which we shall explain below. it’s all very pretty and the background to the reels resembles an astrological chart through which slowly revolving stars can be seen.

There are twelve standard symbols of course, each representing a sign of the zodiac and each is worth the same amount in terms of winning prizes.

The wild is represented by a big, gold ‘W’ and will substitute for all other symbols except the bonus; that symbol is a black and gold glowing circle which appears only on reel five.

When playing the game you will notice that many of the symbols on the reels include a multiplier up to 4x; if you can land a winning combo any multipliers on those symbols will be aggregated along with the multiplier on that payline on reel five. If you are lucky enough to get the maximum multipliers it will be worth 324x the basic win (3x3x3x3x4).

This is a fairly brief affair and it’s triggered by landing just one bonus symbol on reel five. You will now be taken to a screen displaying all twelve astrological symbols in a circle; all you have to do is pick one to set off an electrifying animation which results in a random cash prize.

Lucky Stars is a real treat to play and it’s one of those games in which it’s a pleasure to spin the reels. It’s a low variance slot with lots of small wins and there’s always something going on; there’s an RTP of 96.26%.