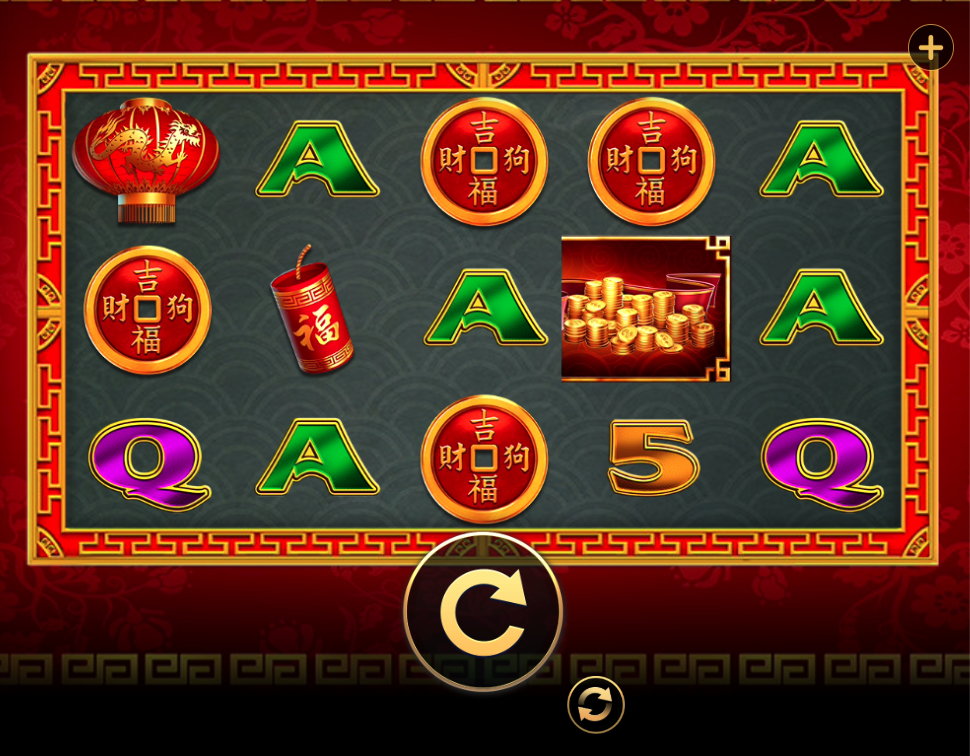 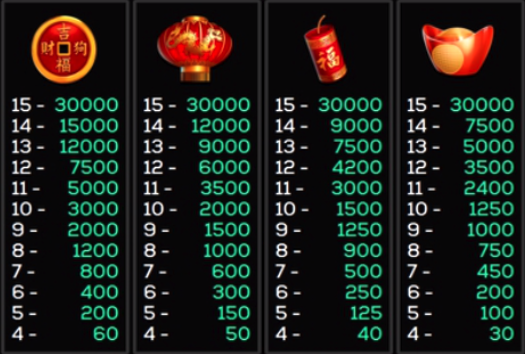 Chinese culture sometimes seems to revolve revolve around lucky objects as we’ve seen from many online slots in the past but Lucky Pug is the first to feature a pedigree dog as its theme; it’s developed by High 5 Games and it comes with free spins and the Clusterbucks payline configuration.

Lucky Pug is a five reel slot with three rows and the abovementioned Clusterbucks – this means wins can be formed by creating clusters of at least four matching symbols joined horizontally and/or vertically. There’s an oriental red and gold atmosphere to this game which is nicely done.

The high value symbols are quite familiar and include coins, paper lanterns, firecrackers and gold ingots; 5, Q, K and A represent the lower values.

This is triggered by landing the three bonus symbols on the centre positions of reels two, three and four on the same spin so they create one long, complete pile of gold coins. You’ll now receive seven free spins for your pleasure but no more can be triggered and there are no extra enhancements during this round.

Lucky Pug is quite a basic slot and perhaps a little more could have made of the main, canine character; the Clusterbucks payline structure offers something a little different though and this is probably one of our favourite High 5 games.