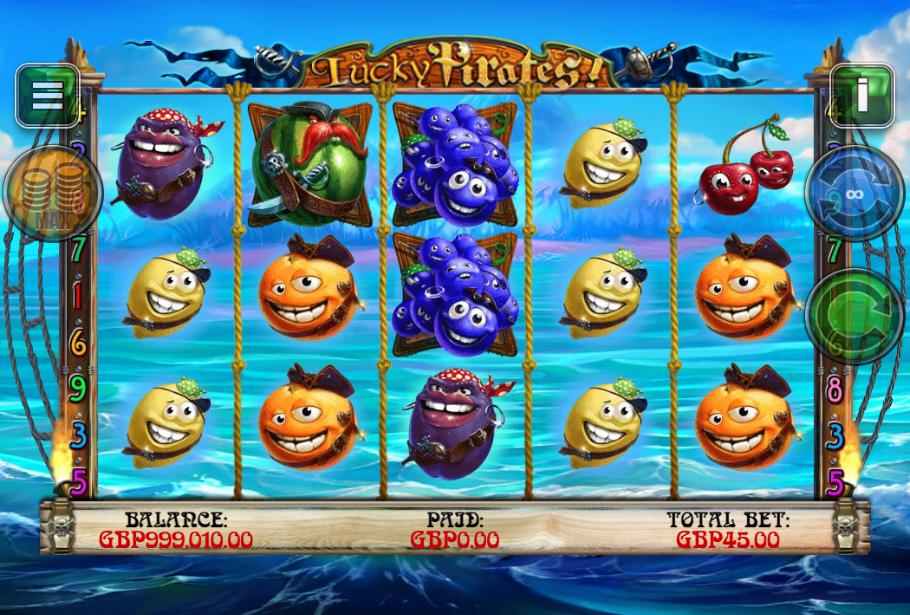 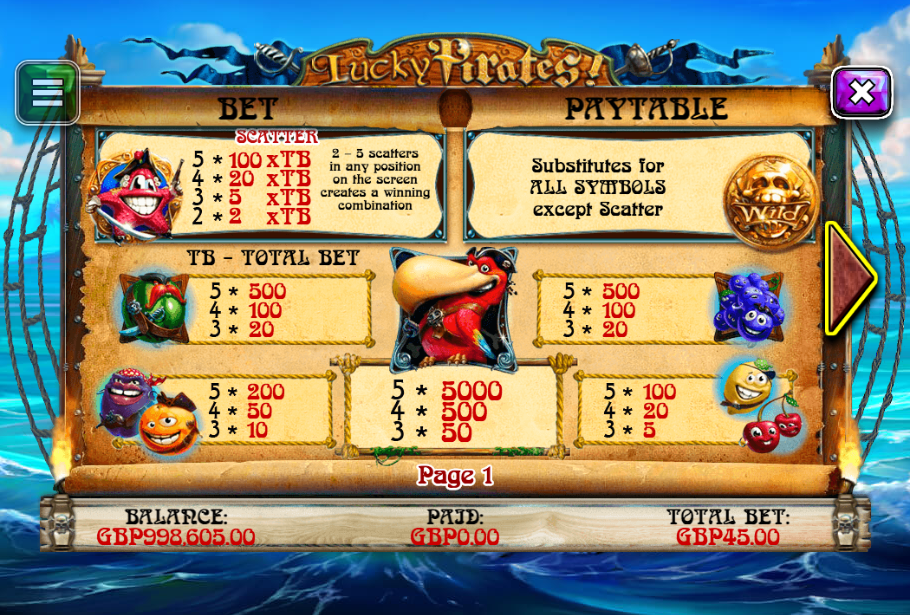 Back in the days when buccaneers ruled the waves it’s fair to say that life for these characters was not pleasant; it was almost certainly violent and short and only a fair amount of luck would keep you alive to enjoy the fruits of your piracy. Lucky Pirates is an online slot all about these swarthy chaps and to add to the rampaging fun, each is represented by a different fruit. It’s developed by Playson on Odobo’s software platform and you can read all about it below.

The symbols are mostly fruity pirates and these include a watermelon, blueberries, plums, oranges, lemons and cherries; the most valuable is the pirate parrot and if you can land five of him on an active payline there’s an impressive payout of 5000x your line stake. Winning combos can be formed anywhere on the reels as long as there are at least three adjacent matching symbols.

The wild symbol is a nicely-designed gold doubloon and although it doesn’t have any value, it will substitute for all others except the scatter – that’s a weapon-wielding red starfish and he’ll payout for at least two appearing anywhere on the reels.

There are no bonus features here but you can gamble your winnings by clicking the gold clover button which will appear on the right hand side. You can now try and double your money by picking one of the four upturned cards which is higher then the dealers.

Lucky Pirates looks as though it should have  some bonus features but the fact that it doesn’t shouldn’t put you off; the ability to create winning combos anywhere on the reels is a nice touch and it’s certainly ver playable with an RTP of 93.35%.