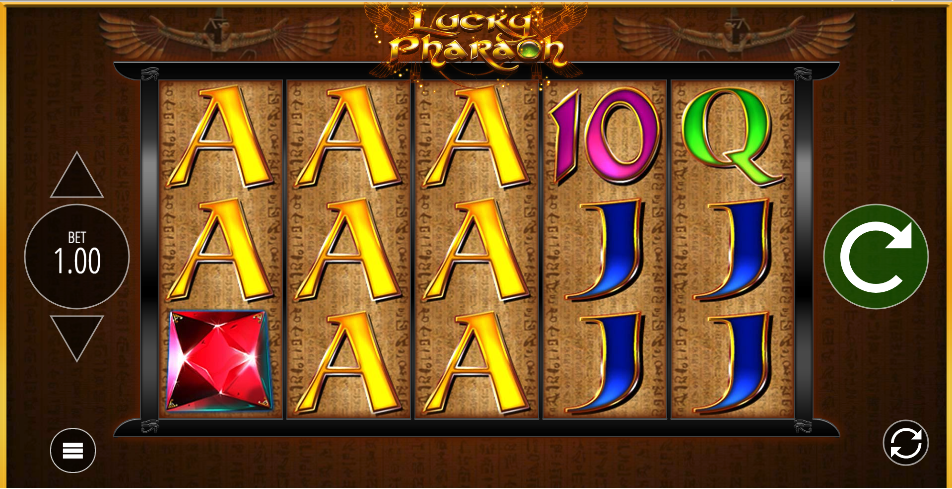 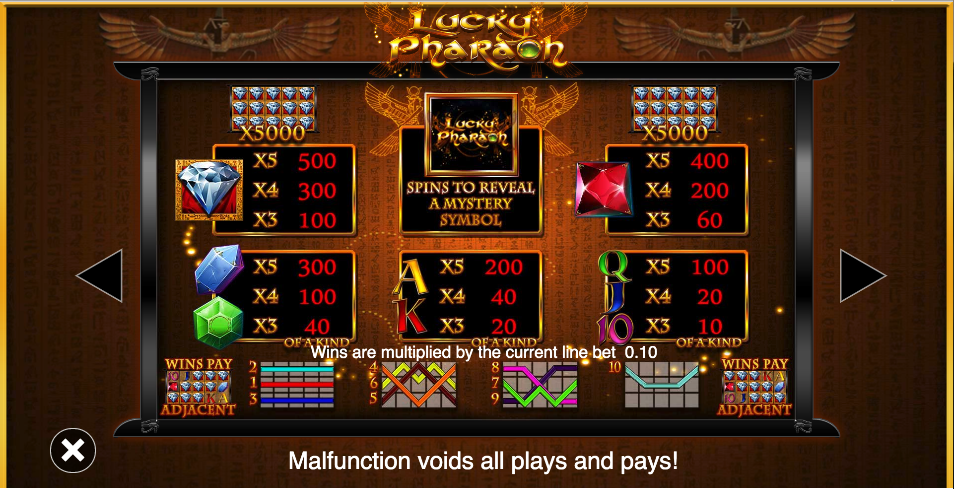 Ancient Egypt is once again our virtual destination aswe check out an online slot machine called Lucky Pharaoh – a name which probably applies to all Pharaohs, as rich and powerful as they were. Anyway this game is developed by Blueprint Gaming and it comes with a slightly different bonus feature – read on to find out more.

Lucky Pharaoh is a five reel slot with three rows and ten fixed paylines; the design is quite basic and eschews the usual backdrop of pyramids, sand and temples – here we just have black-rimmed reels in front of a wall of hieroglyphs.

All symbols can appear stacked on the reels and the high value ones include a large diamond along with red, blue and green gems; 10, J, Q, K and A make up the lower values. Wins can be formed anywhere on the reels as long as there are at least three matching symbols on a payline on adjacent reels.

There’s no wild symbol but there is a Lucky Pharaoh Mystery Symbol active in the feature – we’ll explain that shortly.

This is the only extra feature and it’s triggered each time you land a win which is worth at least 4x your total stake; you will now be offered the option to swap those winnings for Power Spins. One spin costs 4x your stake but you can use the buttons to increase the cost of each spin, reducing the number awarded but increasing the multiplier value for any wins.

Each Power Spin is actually one spin on four different reels and during this round the Lucky Pharaoh Mystery Symbol becomes active and this will transform itself into one of the standard symbols when in view. 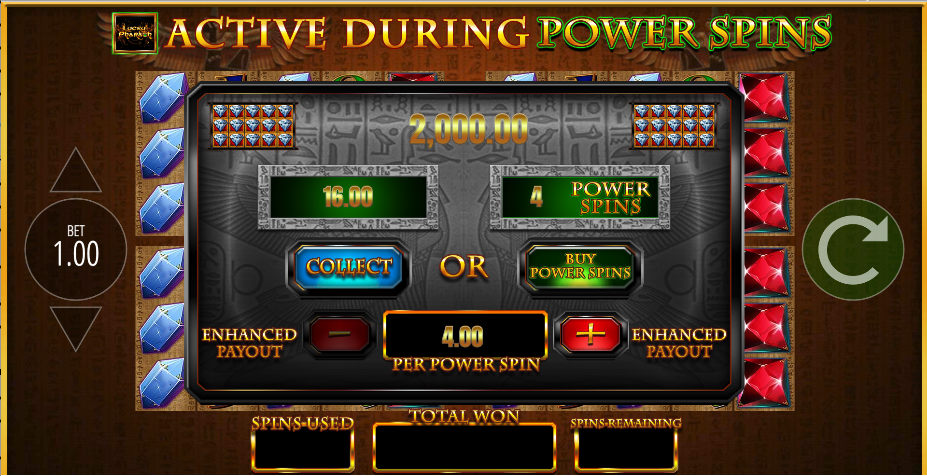 Lucky Pharaoh is an interesting slot but possibly not for everyone with it’s pared down feature and user interaction; wins seem to be easier to come by in the base game than the feature but perhaps that was just our bad luck.