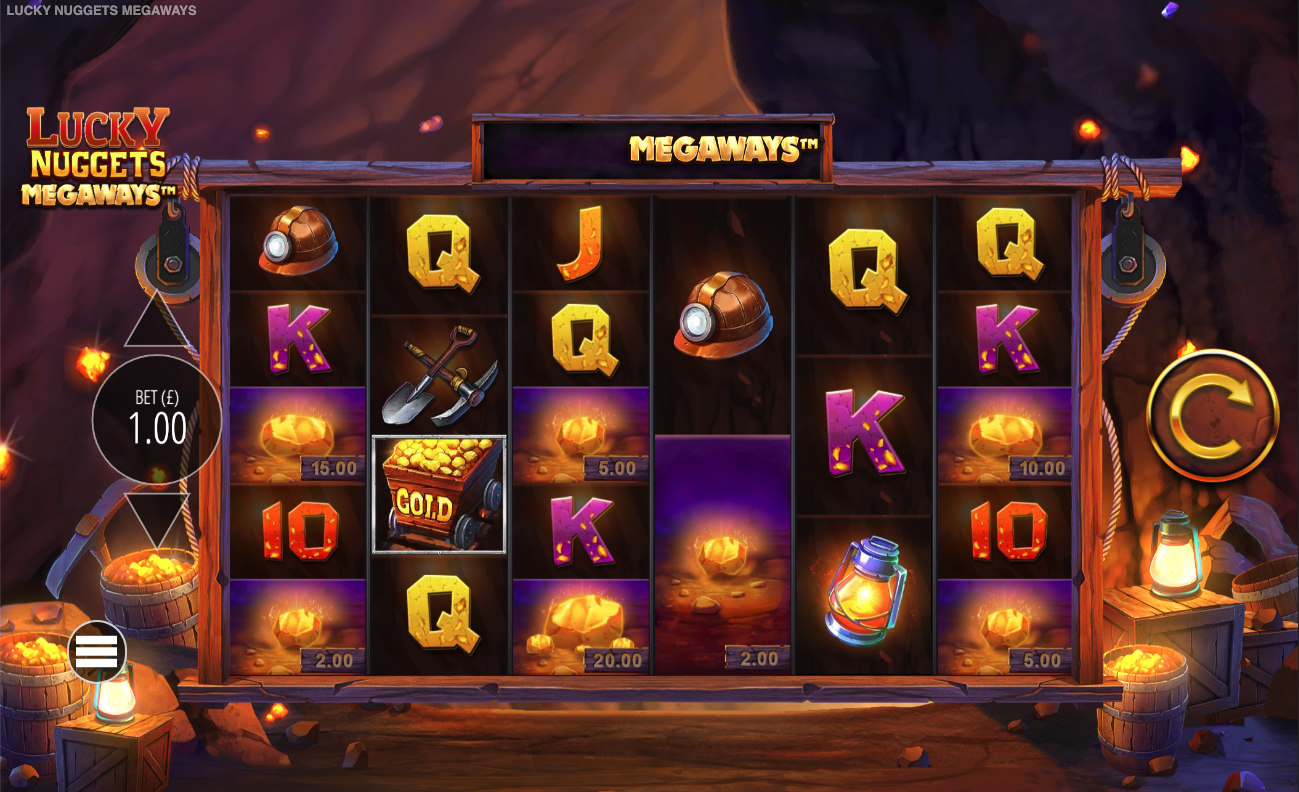 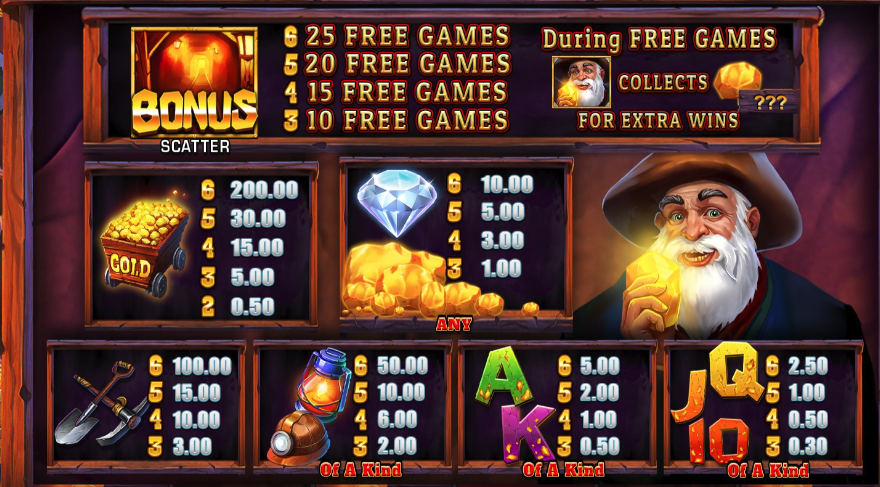 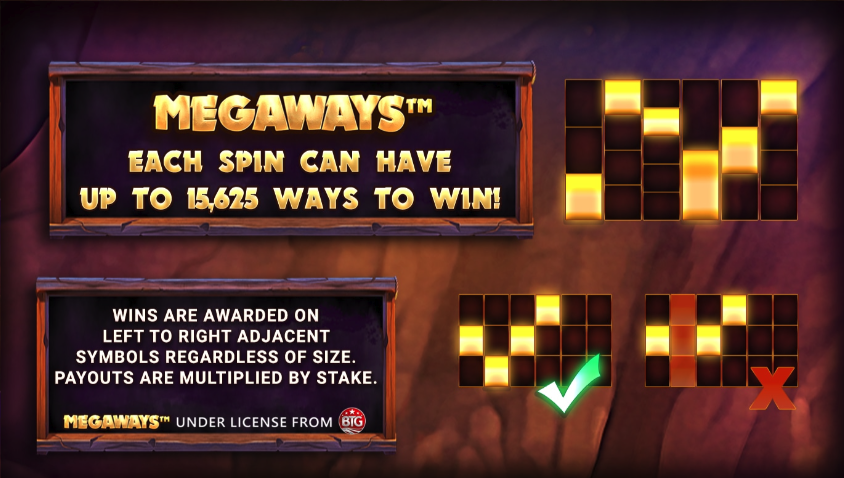 It’s time to delve below the earth’s surface for more subterranean reel-spinning shenanigans as we have a good look at this online slot from Blueprint Gaming; it’s called Lucky Nugget Megaways so as well as a possible 15,625 ways to win it offers players the chance to trigger free spins with a gold nugget collection feature.

Lucky Nugget Megaways has six reels and a Megaways setup which offers a possible 15,625 ways to win if the row heights all land at the maximum of five; this underground scene is accessorised by accoutrements of a mine such as gas lamps and buckets of gold nuggets.

High value symbols include the mine cart, the diamond, the tools, the helmet, gold nuggets and the lamp; 10, J, Q, K and A represent the lower values; the miner is wild (he’ll only appear in the free spins) and the ‘bonus’ is the scatter symbol.

Landing three, four, five or six of the bonus/scatter symbols anywhere in view will award 10, 15, 20 or 25 free spins respectively; the wild miner appears during this round and when he lands he’ll collect any cash values from the gold nuggets which land on the same spin.

The miner will also increment the meter above the reels for the following rewards: