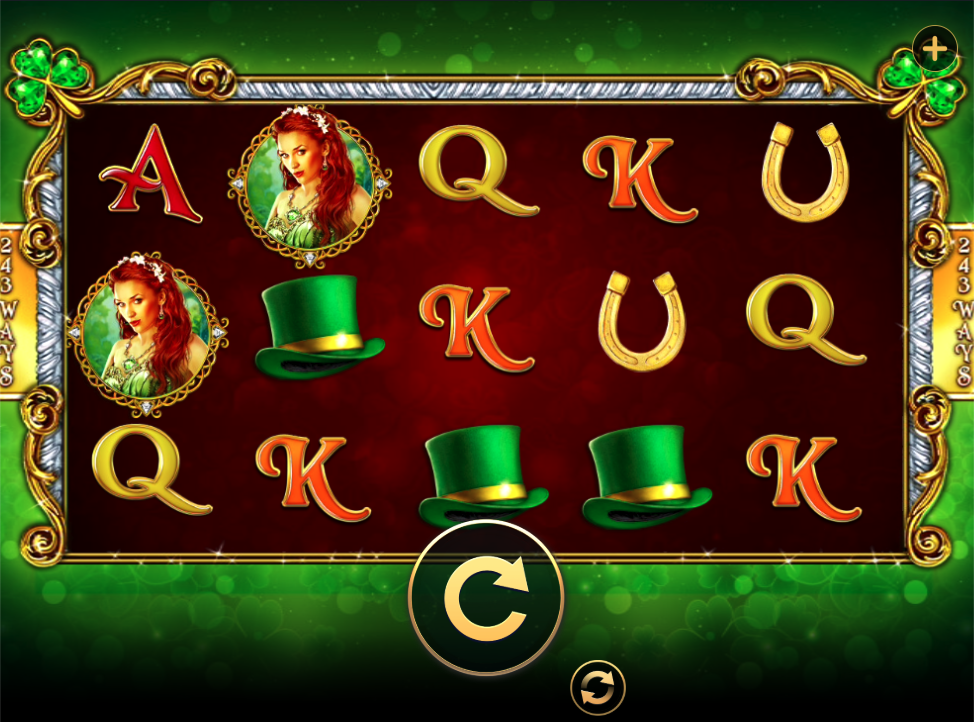 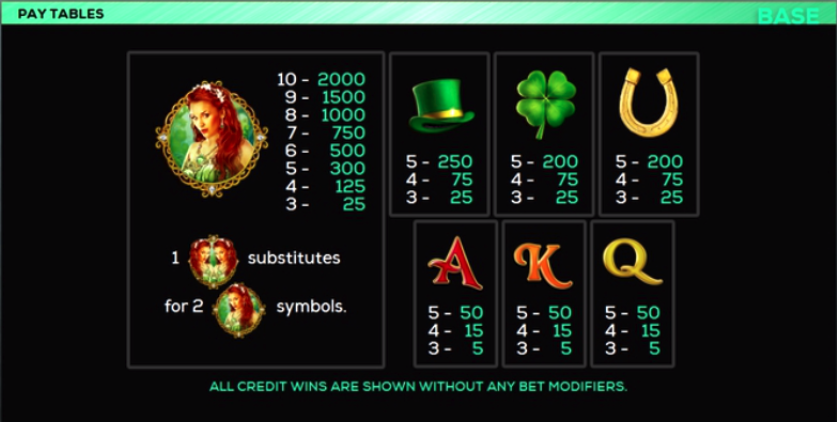 At first glance you may well think that Lucky Lassie is an online slot machine themed on a famous television dog but look a bit closer and you’ll see we’re off an another journey to Ireland where the red-haired ‘lassie’ and golden horseshoes combine to tempt us with free spins and tumbling reels.

Lucky Lassie is a five reel slot with three rows and 243 ways to win; there’s an ornate golden frame surrounding those reels and jewelled clovers in the top corners.

The high value symbols include the red-haired lassie, the leprechaun’s top hat, the four leaf clover and the golden horseshoe; Q, K and A represent the lower values.

There’s no wild symbol but the pot of gold is the bonus symbol which activates the main feature.

Lucky Lassie uses tumbling reels which sees any symbols in a winning combination disappear and be replaced by more falling in from above – more wins can then be formed and this process continues until there are no more matches.

Landing three of the pot of gold bonus symbols anywhere on reels two, three and four will award 7, 8 or 9 free spins; during this round any pots of gold which appear on reels five will upgrade any ‘lassies’ or pots in view into double symbols, meaning that it’s possible to land wins of up to ten girls worth a prize of 2000x the stake. Double symbols will also drop in on any tumbles which occur on this spin.

If you’re familiar with High 5 Games slots then you’ll know what you’re getting here in terms of graphics and gameplay; it’s a nice take on the Irish theme though and the tumbling reels and splitting symbols are welcome features.