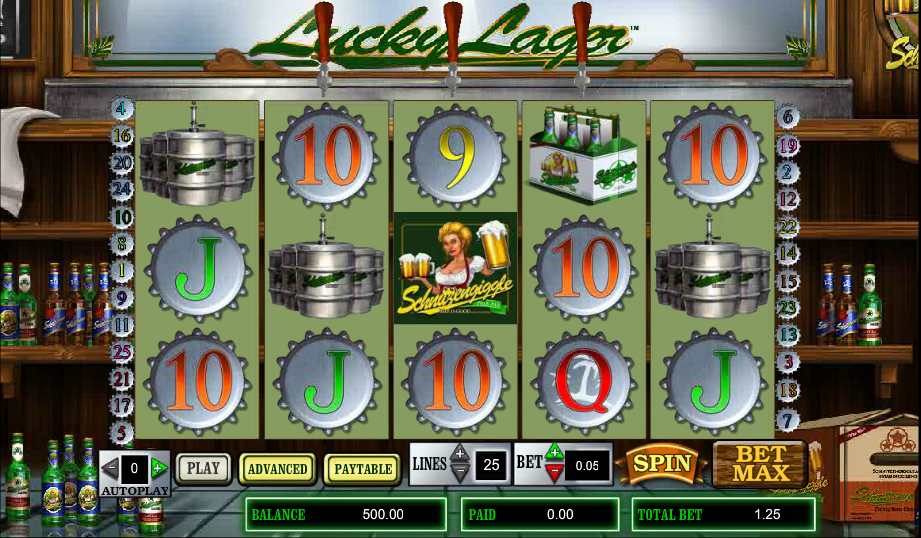 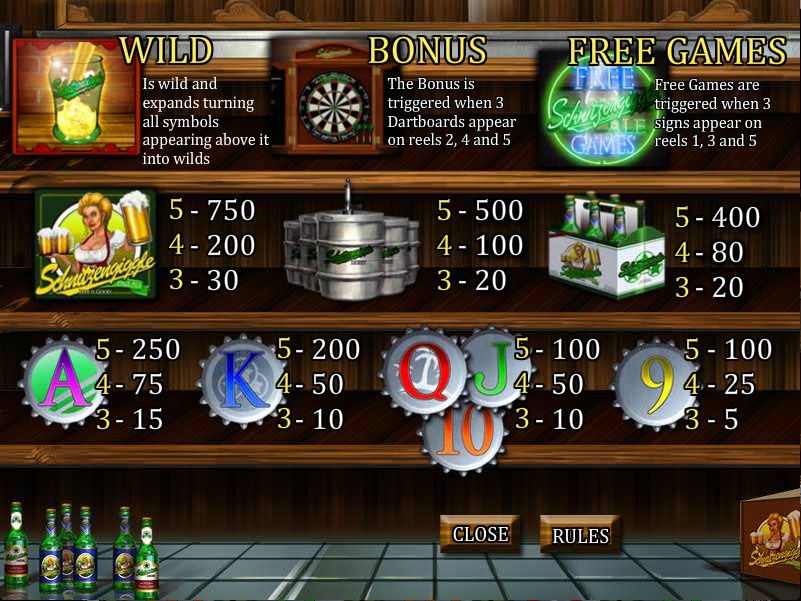 We wouldn’t particularly recommend being drunk and playing online slots at the same time but there’s no harm in a swift pint before you start spinning the reels. Lucky Lager is a game which bridges the gap somewhat and although lager might be a staple British tipple, it originated in Germany and that’s where this game is based.

Lucky Lager is a five reel slot with three rows and up to twenty five paylines; the setting for this slot is a traditional German bar with bottles from various brewers lining the dark wood shelves behind the bar. We can just make out the bottom of a huge mirror disappearing towards the ceiling.

There are just three theme-related symbols – the traditional German barmaid, several kegs of beer and a box of bottles; bottle caps containing 9, 10, J, Q, K and A make up the lower values.

The wild symbol is beer being poured into a glass and there are two scatter icons – a dart board and a neon sign – which both activate extra features.

Whenever the wild symbol lands on reels two, three and four it will convert all those above it into wilds also, whether there’s a win available or not. There’s a nice beer-pouring animation here to add to the gameplay with the taps above the reels.

This is triggered by landing three of the dart board scatter symbol anywhere on reels two, four and five; you are now given three darts to chuck at the board (not aimed by you) and if you hit the bullseye you’ll advance to the next board for bigger prizes. There are three boards in total.

Trigger this by landing three of the neon sign scatter symbols anywhere on reels on reels one, three and five; you will be awarded ten free spins and on each spin one reel will be completely wild.

Alcohol is always popular theme for us and Lucky Lager is a game with several things going for it including various bonus features, an expanding wild and an RTP of 94.75%. Check it out.