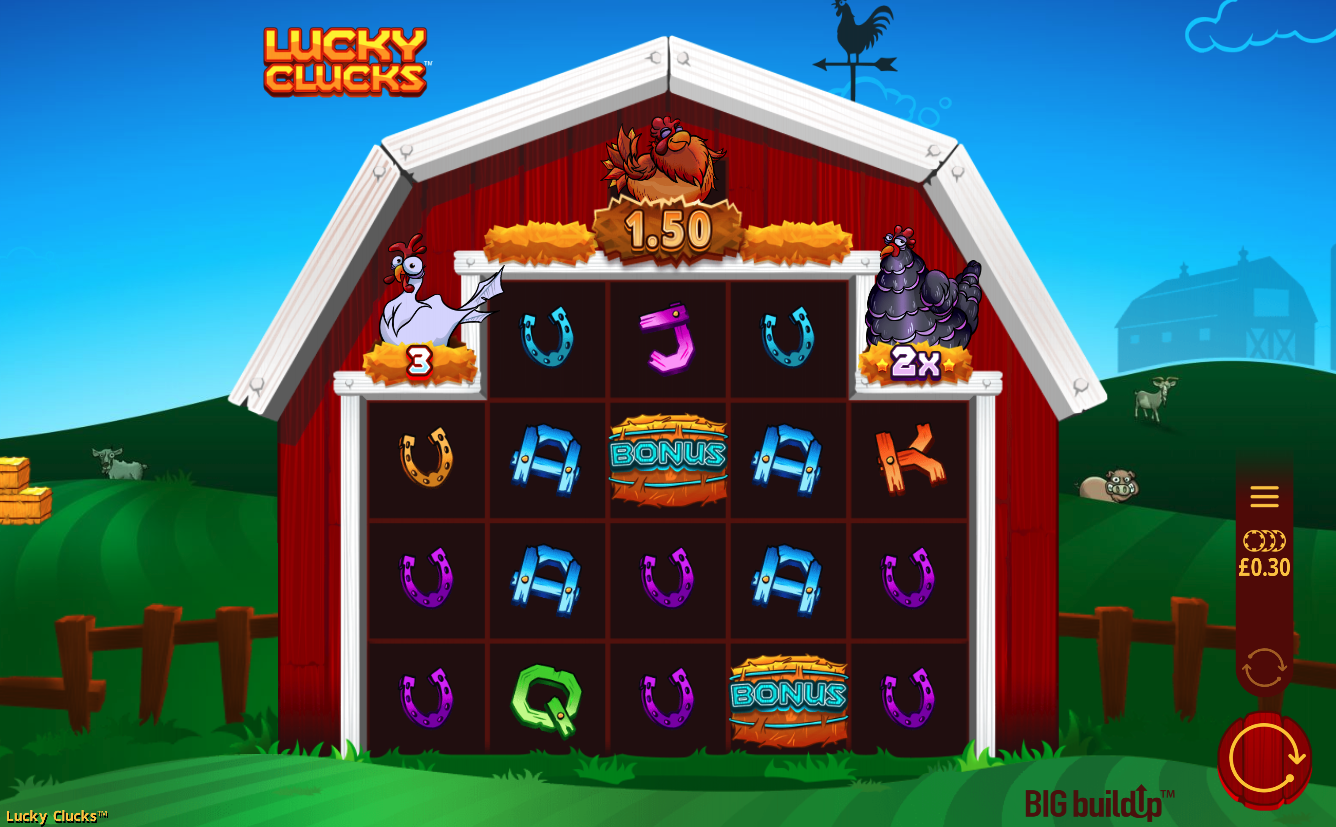 Farming is one of the more unusual themes in the world of online slots but it has an enduring popularity which is consistently supported by the developers; Lucky Clucks is another of this genre from Crazy Tooth Studios/Microgaming and it comes with the ‘BIG BuildUp’ feature, paylines anywhere on the reels and Raise The Roof free spins.

The traditional red barn provides the backdrop for the five reels in their 3, 4, 4, 4, 3 formation and 576 ways to win and if you play this game in full screen there’s a tranquil setting with rolling hills, some solitary farm animals and some more industrial buildings in the distance.

Lucky Clucks uses Crazy Tooth’s ‘Any Adjacent Pays’ payline mechanic in which winning combos can be formed anywhere on the reels as long as they are on adjacent reels – the combo doesn’t have to start on the left hand side.

The high value symbols are cows, goats and horseshoes while the lower values are the standard J, Q, K and A; there are also chicken and corn symbols which are non-paying. The gold star is wild and the hay bale is the scatter symbol.

This can occur randomly on any spin and it involves the non-paying chickens which will be prompted into revealing various prizes which include wilds, stake multipliers of between 2x and 5x or the Mother Hen prize of up to 300x the stake. A wild will add an extra position to that reel and if a corn symbol lands during this bonus the Mother Hen prize is increased. When there are no more prizes to be revealed the round ends.

Landing three, four or five of the of the hay bale scatter symbols anywhere in view will award 5, 7 or 9 free spins respectively; on each spin there’s a chance that chickens may land and add wild symbols, increasing that reel size by position. Those wilds stay on the reels and move down one position until they drop off the bottom. It’s not possible to retrigger this round.