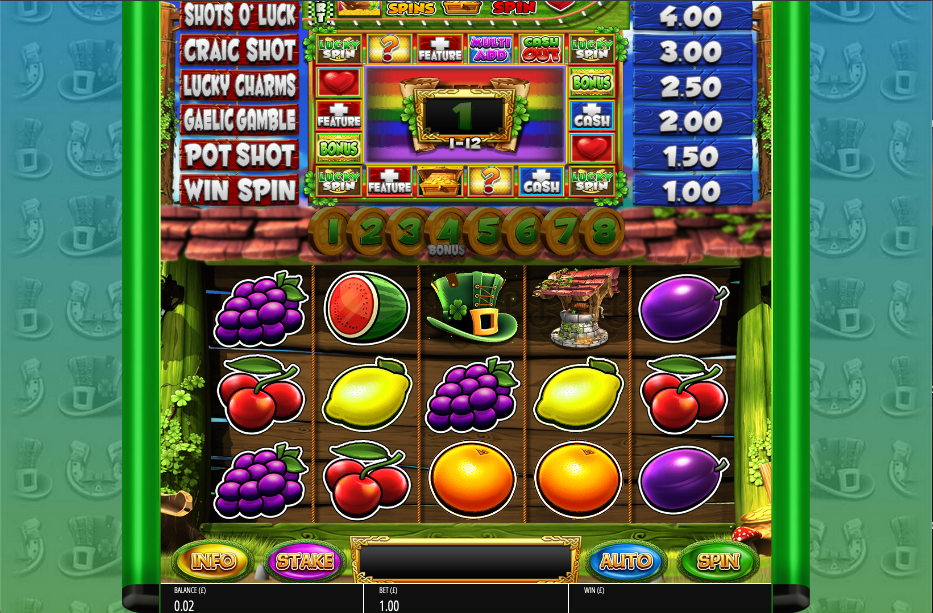 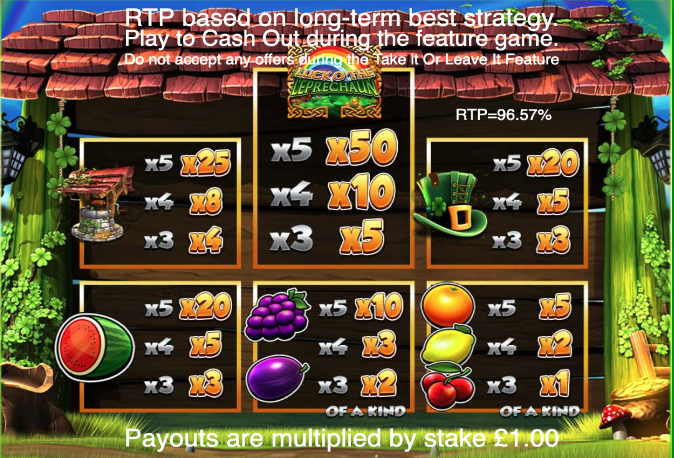 Those online slots fans who still appreciate a UK-style fruit machine game will be pleased to hear of the release of Luck O’ The Leprechaun, a Blueprint Gaming-designed reel spinner which would look right at home in the corner of a pub; it comes with multiple features and you can read all about it here.

Luck O’ The Leprechaun is a five reel slot with three rows and five fixed paylines; the Irish theme is reflected in the music and the green shades but look above the reels and you’ll see the bonus area where all the fun happens.

The high value symbols include the wishing well, the games’ logo and a green top hat while the lower values are the fruit – watermelons, grapes, plums, oranges, lemons and cherries.

All the features begin with the trail shown just above the reels and the way to move along this trail is to land symbols with small numbers attached; collecting a total of more than eight will start the Super Board while reaching the Bonus (number 4) will award one of the following:

Reaching the Super Board is where we want to be and once we’re there the spinner in the centre moves us around the Board until the player decides to collect one of the following features/awards or Cash Out is hit:

If you’ve decided to collect one of the features you’ve reached on the Ladder on the left then this is what’s available:

There’s also a chance to land on the Lucky Seven position which will move you up the Super Trail and award one of the following features when collected:

Hiding behind the fruity, Irish reels of Luck O’ The Leprechaun is a bewildering array of features, bonuses and instant cash prizes to satisfy even the most demanding of players; the fruit machine design is a bonus so make sure not to miss this one.