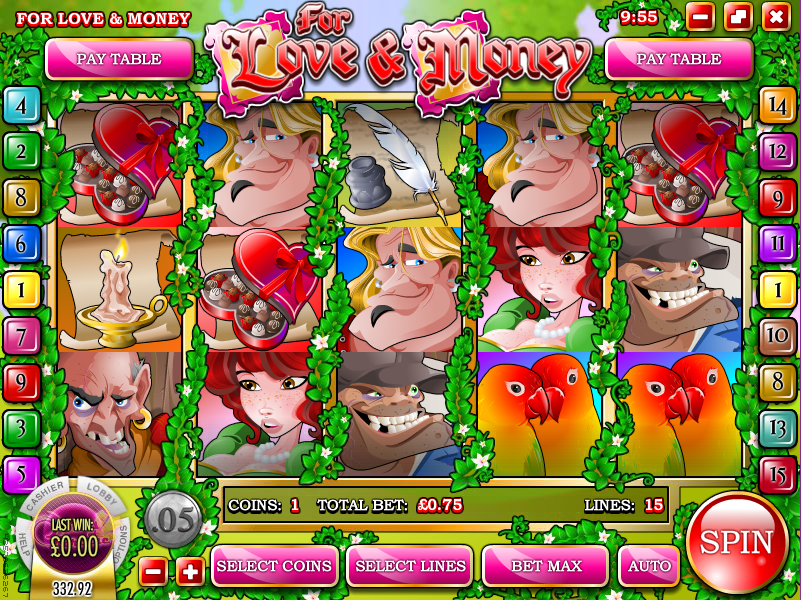 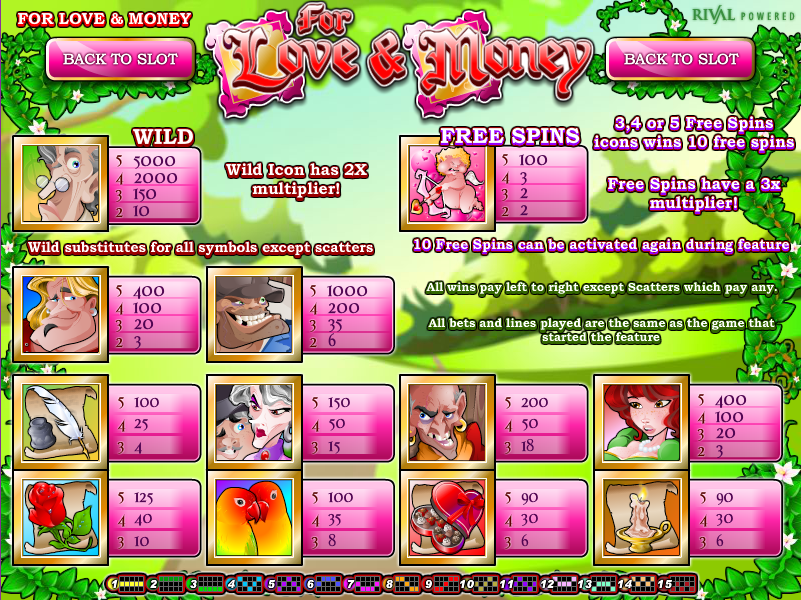 It’s worth sitting through the intro movie for this online slot from Rival Gaming to get some understanding of the underlying narrative. We think it’s the story of a writer looking for some inspiration for a book so he can make some money; that story involves the rescue of a girl from robbers by a handsome hero. The game is called For Love & Money and perhaps that’s also the name of his book.

For Love & Money features five reels and fifteen paylines and the backdrop to those reels is the forest where all the action is taking place. The symbols are a mix of romantic icons and characters and include a candle, a box of chocolates, two lovebirds, a rose, parchment, the two robbers, the hero and the girl. There’s also an older suspicious-looking couple but we’re not sure how they fit into the story.

The writer himself is the wild symbol and if he contributes to a winning combo will multiply that win by 2x. A little cupid is the scatter symbol who activates the main feature.

This is where that little cupid symbols come in handy and you will need to land three or more anywhere on the reels to trigger this bonus.

Ten free spins will now be yours and anything you win during this round will be subject to a 3x multiplier. Even better is the news that landing three cupids during this phase will reward you with ten more spins.

Scatter symbols trigger the free spins here so if you’re only here for the feature you should know that playing with one payline has the same chance of activating the spins as playing with all fifteen. Of course your payouts will be proportionately less.

If we have a criticism it’s that the game probably doesn’t live up to the drama of the intro movie; still it’s nice looking and very colourful with a fairytale vibe which is quite engaging.