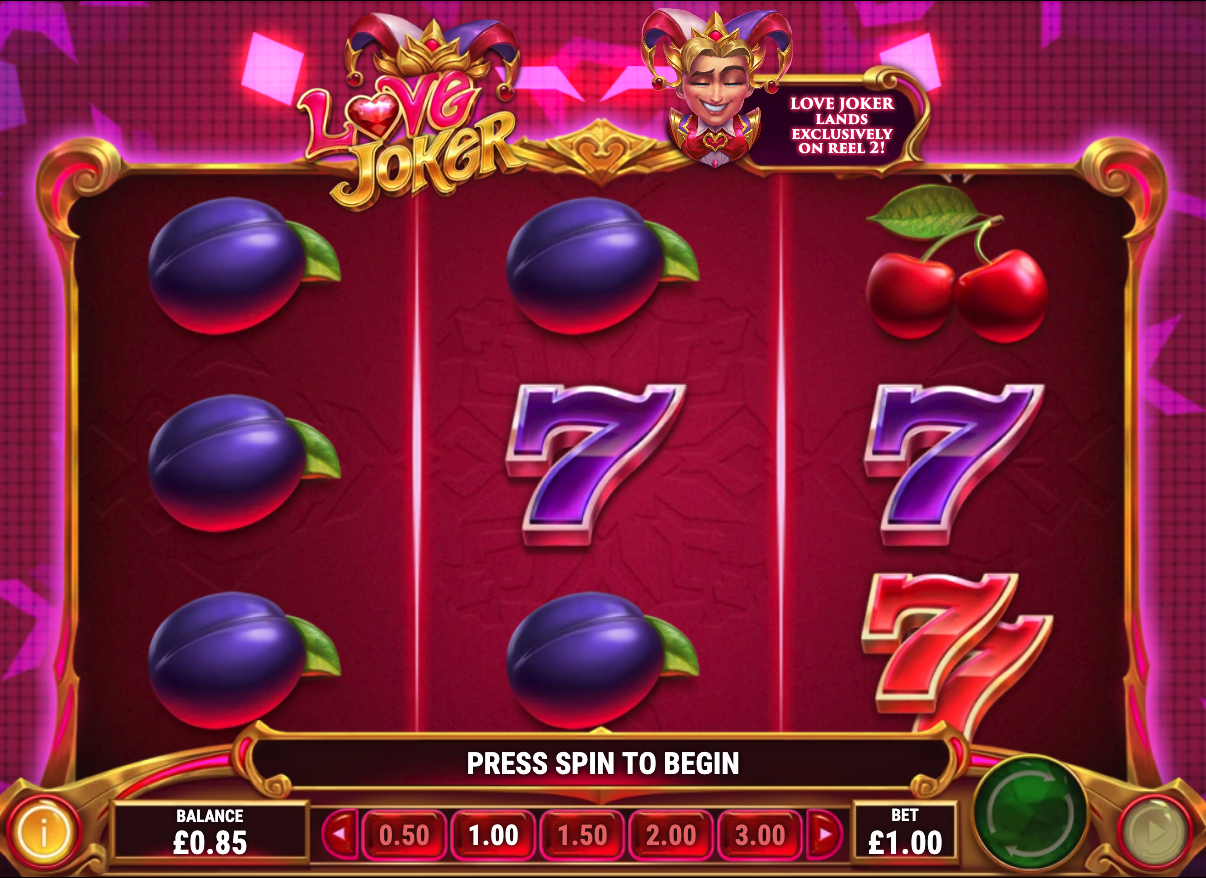 Romance is in the air once more and if Valentine’s Day is approaching as you’re reading this then what better time to try out this online slot from Play N Go – it’s called Love Joker and it includes a respin feature in which collecting hearts will award multiplier prizes of up to 100x the stake.

Love Joker plays out on three reels and five paylines and the romantic theme gives us plenty of red and gold with an upbeat soundtrack and a voice occasionally exclaiming ‘Love Joker’ as the reels spin.

There are just five regular symbols in play and they are the red double sevens, purple sevens, plums, lemons and cherries; the special symbols are the Love Joker and the heart scatters.

This bonus is activated by landing the Love Joker symbols anywhere in view and the respins will now take place on a set of reels which spin only hearts and blanks; when the spins start each heart will fill up one of the five positions above and each time that set fills the multiplier value at the top increases.

The multiplier starts at 2x then increases to 4x, 5x, 10x, 25x and finally 125x but if you’ve spotted the extra meter on the right hand side then you’ll be pleased to know that collecting a golden heart will double all those values. Filling that meter with three golden hearts will increase the multiplier to the maximum of 1000x. The round ends when no more hearts land on a spin.