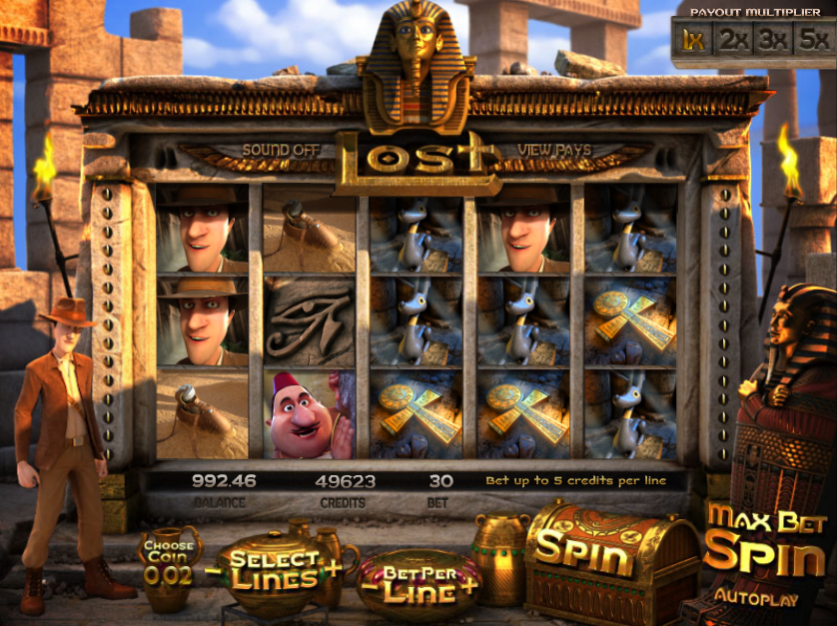 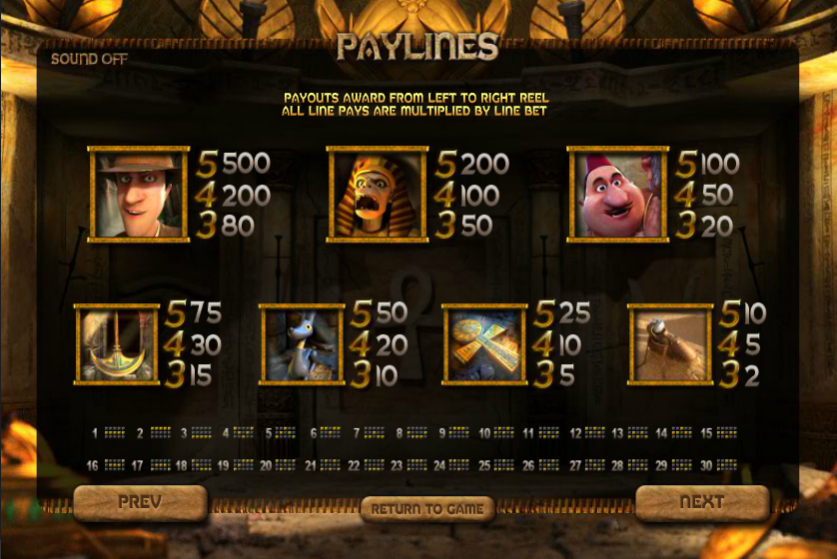 If you were one of the few remaining viewers who sat through the never-ending television series ‘Lost’ then you may or may not be disappointed to find out that this online slot from Betsoft Gaming with the same name has no connection whatsoever. In this story Dr. Dakota Bones and his assistant Farooq are searching for for Ah-Amdad’s treasure in the Egyptian desert and we’re going along for the ride.

Lost is a five reel slot with three rows and thirty paylines; those reels spin on the side of a stone structure topped by a Pharaoh’s mask and in the background there are the ruins of a temple. Dr. Bones keeps a watch over things from the left hand side.

The base game symbols include Dr. Bones, a scary Pharaoh mask, Farooq, a swinging axe, a dog-god representation, an ankh and some sort of insect.

The wild symbol appears only on reel three and activates a mini-feature as described below; it won’t replace the monkey or the Eye of Ra bonus symbols.

When the wild appears on reel three it will expand to fill all positions on that reels if it can form a winning combo; any subsequent wins will be multiplied by 2x. You will then receive a free respin and and each subsequent win will increase the multiplier by 1x to a maximum of 5x. When you fail to land a win this feature ends.

Land the monkey bonus symbol on reel four and you will see a number of surrounding symbols will turn into monkeys; just keep clicking them for cash prizes until you find the one labelled ‘Collect’.

This is triggered by landing four of the Eye of Ra bonus symbols anywhere in view and you must now pick the correct door to reveal prizes; find the Mummy and it’s all over.

Lost is typically high quality fare from Betsoft and it rates very highly on our appreciation scale; three creative bonus features and some great animations mean this is well worth checking out.