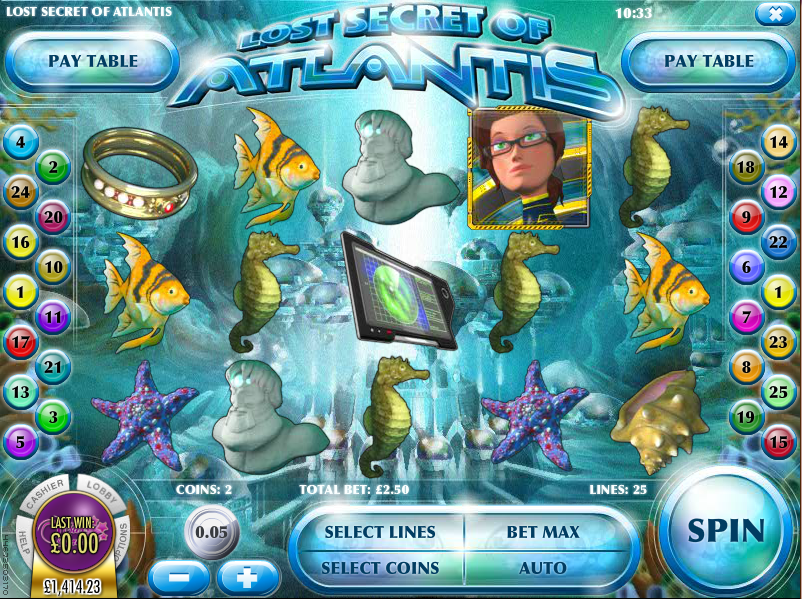 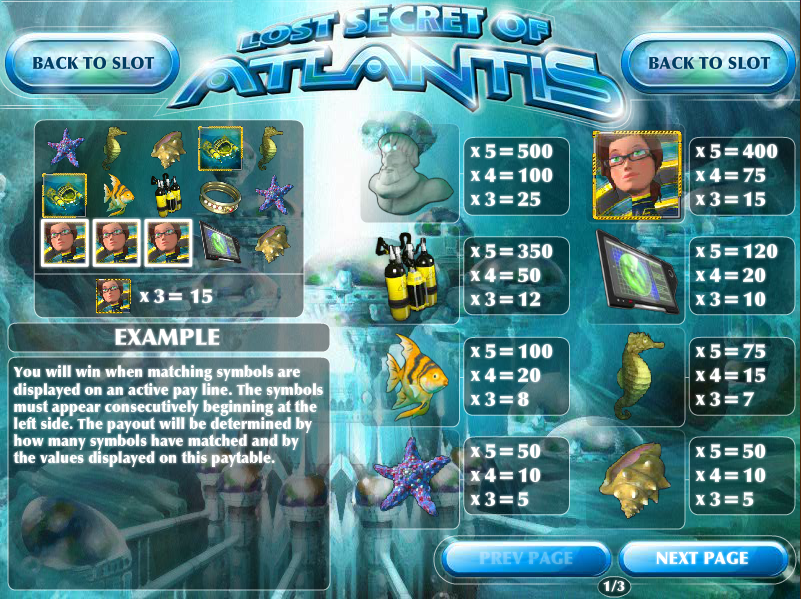 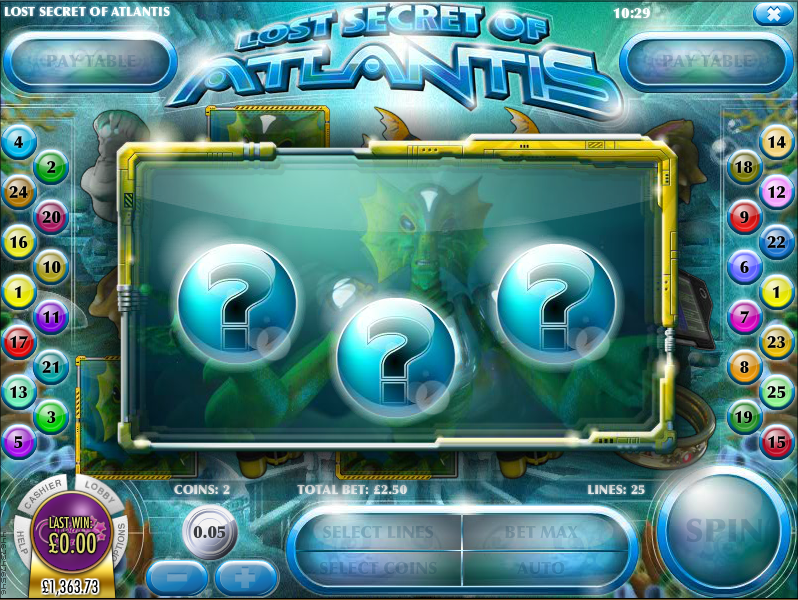 The fabled sunken city of Atlantis provides conspiracy theorists and fantasists with plenty of fodder for spurious claims and assertions but for the more pragmatic among us it’s also a well-used theme for online slots. Rival gaming have added to the genre here with Lost Secret Of Atlantis, a good-looking game which tells the story of a modern-day search for the ruins.

Lost Secret Of Atlantis is a five reel slot with three rows and up to twenty five paylines; it has the transparent reels familiar to more recent games from Rival and through them you can see an underwater city that is anything but ruined – pods tethered to the seabed float in the sunlight.

The symbols are all related to the theme and include a conch shell, a seahorse, a starfish, a goldfish, oxygen tanks, a computer screen, a state, the female diver and a jewel-encrusted ring.

The shark is appropriately wild, appears only on reels one, two or three and will expand to fill all places on the reel if it can form n win. There are two scatter symbols – the yellow submersible craft and the green Atlantean creature – which activate separate features.

Landing three or more of the yellow submersible scatters anywhere in view will reward you with the following:

All wins during this round will be multiplied by 3x and landing three+ more subs will re-trigger the spins.

This feature is triggered by landing three or more of the green Atlantean creature scatter symbols anywhere on the reels. It’s very brief and all you have to do is pick one of the blue metallic balls which now appear for a coin prize.

There’s a slightly low RTP of 94.65% but don’t let that put you off – this is a high quality game with some great graphics and two distinct bonus features. Give it a try.