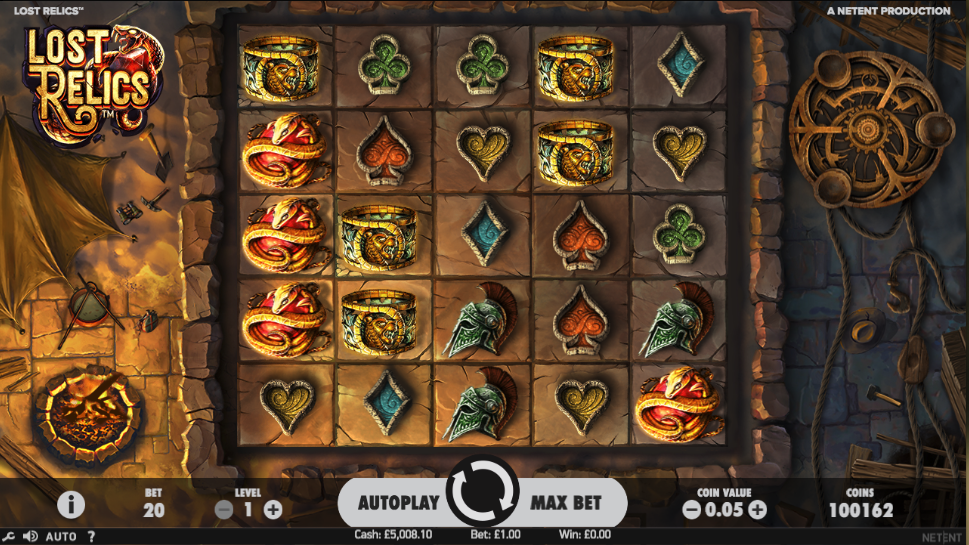 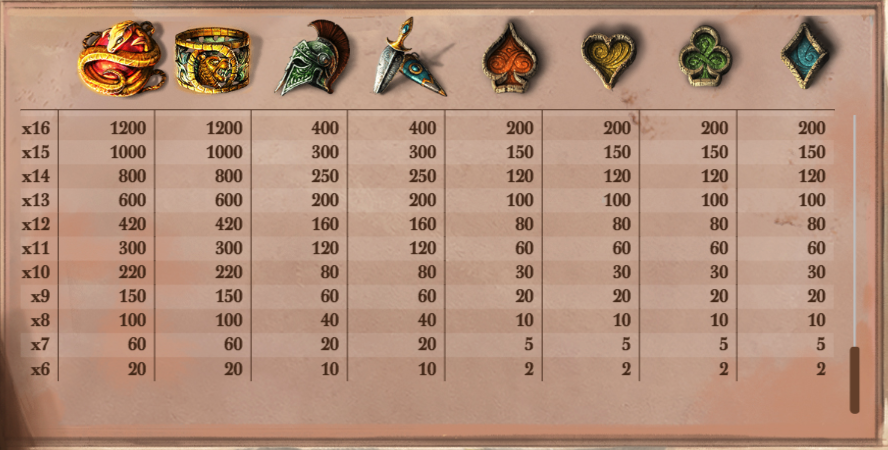 Join us now as we embark on a quest to check out this online slot machine from Net Entertainment themed on the quest for ancient artifacts – or grave robbing as it could also be described. It’s called Lost Relics, it’s full of extra features and you can find out how it all works right here.

Lost Relics is played out on a 5 x 5 grid with the aim of creating groups of at least six matching symbols; it’s a clever design in which we observing the action from above as if the reels are turning within the stone floor – there’a a tent and a fire to the left and some sort of clockwork device to the right.

The four higher value symbols include a snake coiled around a red stone, a gold ring, a spartan-like helmet and a dagger; playing card symbols of red, yellow, green and blue make up the lower values.

There’s no wild symbol in the base game but there is a scatter symbol which is the key to one of the following features.

Each time you land a winning combination in the base game, there’s a chance that one of the following mini-features will be triggered:

This is triggered by landing three of the scatter symbols anywhere on reels one, three and five for which you will receive ten free spins; large chests are now hidden behind symbol positions and a winning combo formed over the top will reveal all or part of it.

More than one chest can be uncovered, the first two will be small or medium and after that the large chest becomes available. An uncovered chest will award one of the following features:

Unsurprisingly for a Net Ent slot, Lost Relics looks great but it also offers some gameplay and a variety of features which mark it out as one to check out; we’ve enjoyed playing it, it comes highly recommended and comes with an RTP of 96.30%.