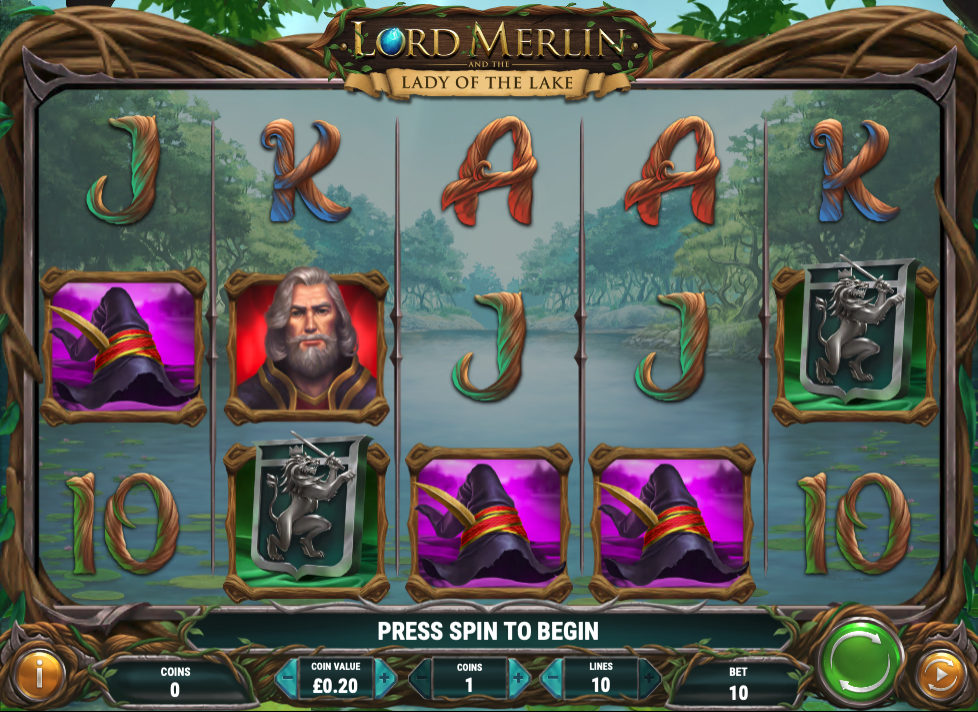 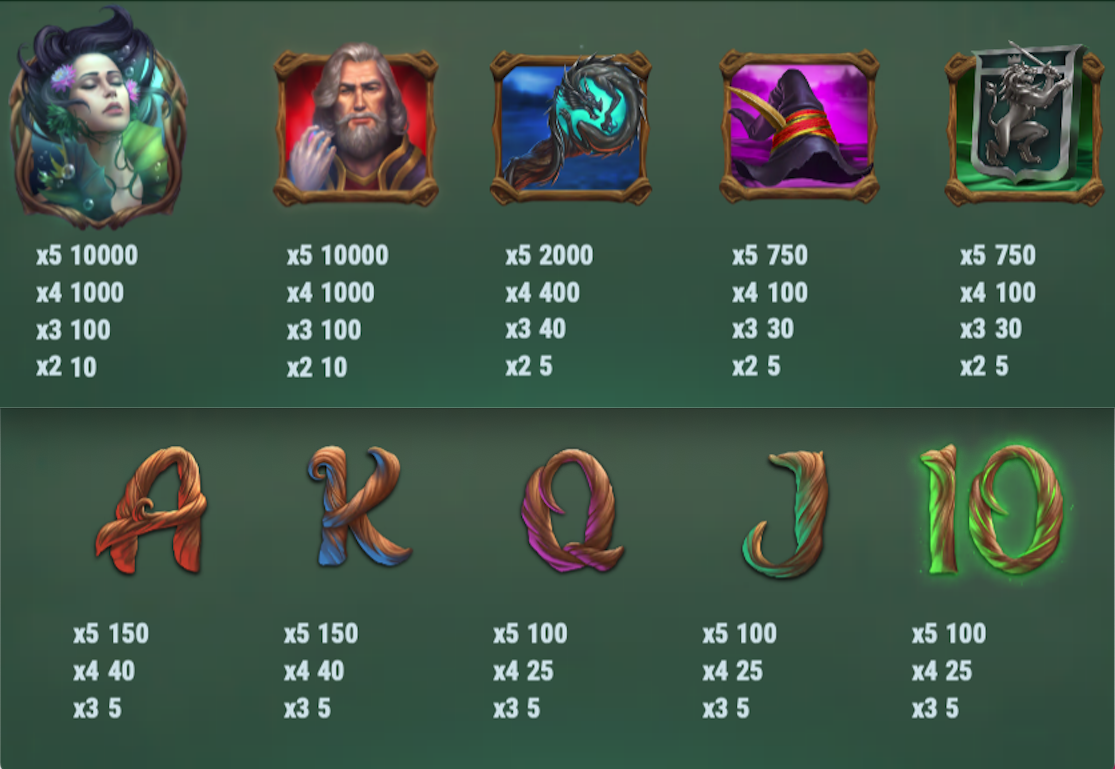 King Arthur has been the subject of a fair number of online slots over the years but here it’s the legendary magician and the keeper of the sword Excalibur who take centre stage; this is Lord Merlin and the Lady of the Lake and it’s a game developed by Play N Go which, from £0.10 per spin, gives players the chance to win enhanced free spins based on this theme.

Lord Merlin and the lady of the Lake is a five reel slot with three reels and ten fixed paylines; slim branches surround those reels which float above the lake in which the Lady resides.

Merlin himself is one of the high value symbols along with his magical staff, his hat and the royal standard; 10, J, Q, K and A are the lower values. The Lady of the Lake is wild and Excalibur is the scatter symbol.

Lord Merlin and the lady of the Lake Bonus Features

Landing at least three of the Excalibur scatter symbols anywhere in view will award an initial eight free spins and on each spin a random standard symbol will be selected to expand to fill its entire reel when it lands. This symbols doesn’t have to be on adjacent reels but there must be enough to create a win on any particular payline.

Excalibur becomes wild during this round and if you can land at least two of these then you’ll get two Excalibur Spins in which the expanding symbol locks in place to help out with some bigger wins (hopefully).

Any win can be gambled by entering this round and trying to double/quadruple that win by guessing the correct colour or suit of a playing card.

The various legends swirling around King Arthur always make a great theme for any online slot and this is no exception; perhaps Play N Go will create a series of games to expand this mystical world but in the meantime give this a try!