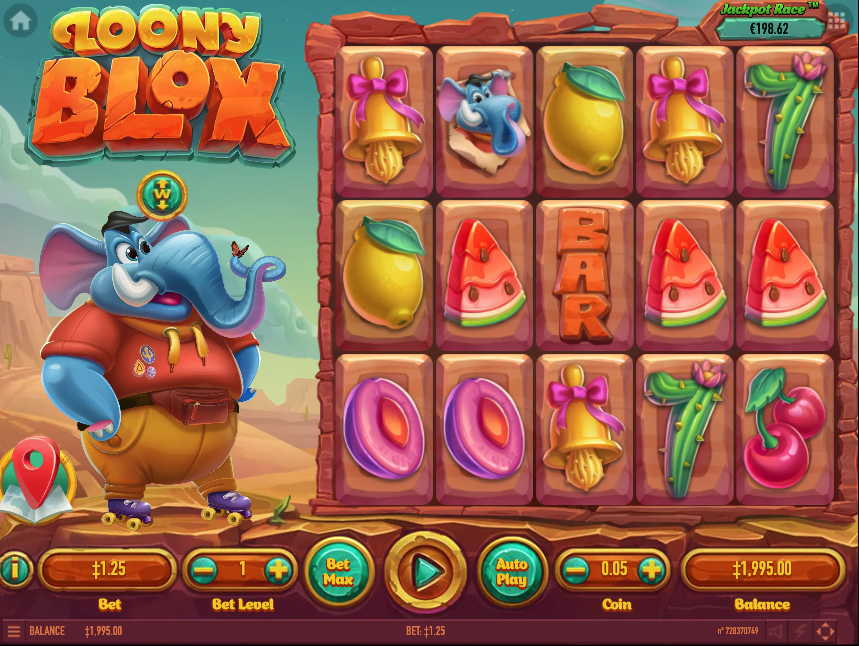 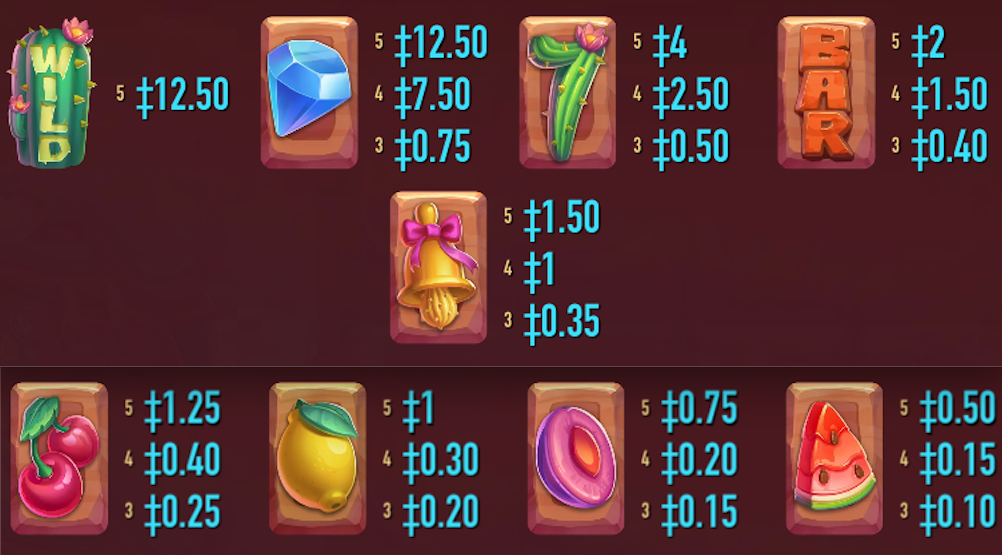 Based on those classic cartoon series of days gone by, Loony Blox is an online slot machine from Habanero featuring a trio of animated characters racing around a desert location with the aim of discovering some lucrative free spins – find out how it all works below.

Loony Blox is a five reel slot with three rows and 243 ways to win; those reels spin in a dodgy wooden structure overlooked by one of three animals in this story – the elephant, the wolf and the rabbit.

The high value symbols include the blue diamond, the cactus in the shape of a 7, the Bar and the bell; medium values are cherries, lemons, plums and watermelons while three characters symbols are the lowest values.

The large cactus is wild and it will substitute for all other symbols to help form winning combinations.

Each of the characters – the elephant, the wolf and the rabbit – takes turns to stand next to the reels for up to 250 spins and award the following mini-features:

Each time a combo of character symbols is formed we move to the map screen and watch that character’s car move along the trail one position for each character symbol; they retain this position and continue moving around the map with each combo until one lands on a green dot at which point twelve free spins are awarded.

During the spins the character feature of the triggering animal will be active all the time and it’s possible to have more than one of these feature active. 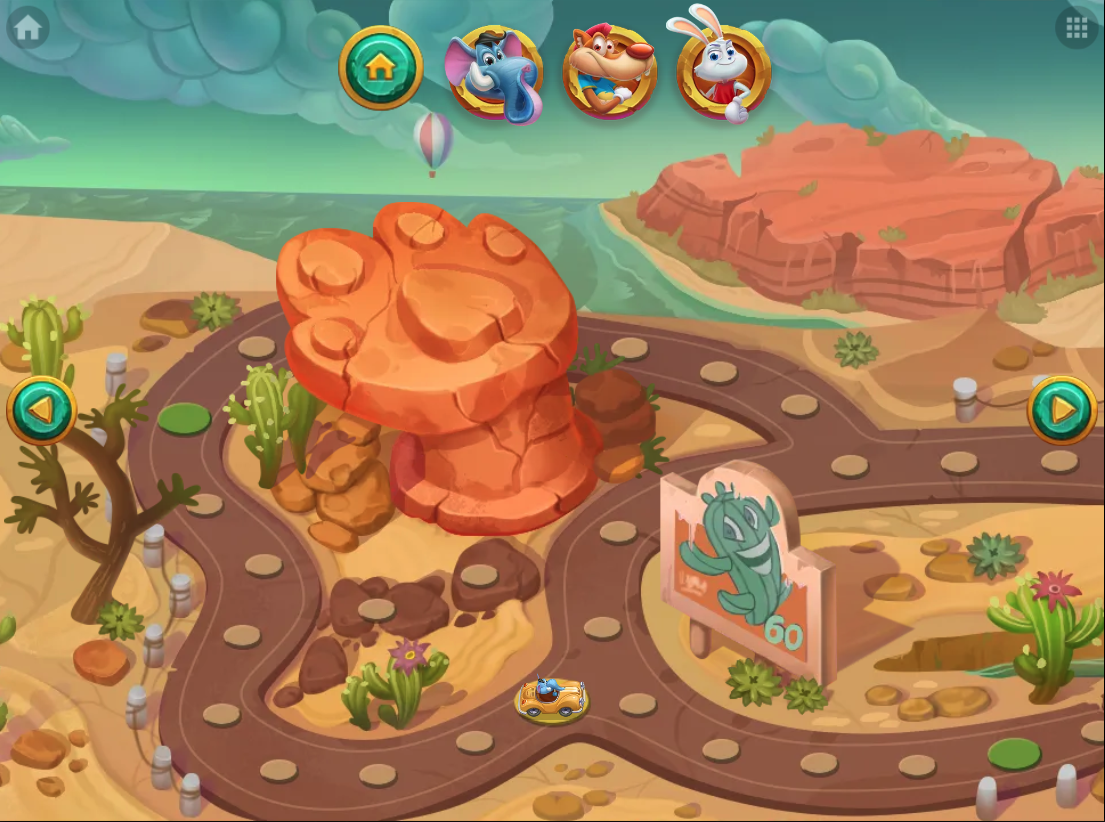 Loony Blox hides the sophistication of its features behind a cartoon exterior but there’s loads more to this slot than meets the eye – a rotating squad of animals with their own features, a map to discover and plenty of free spins on the trail. Try it!