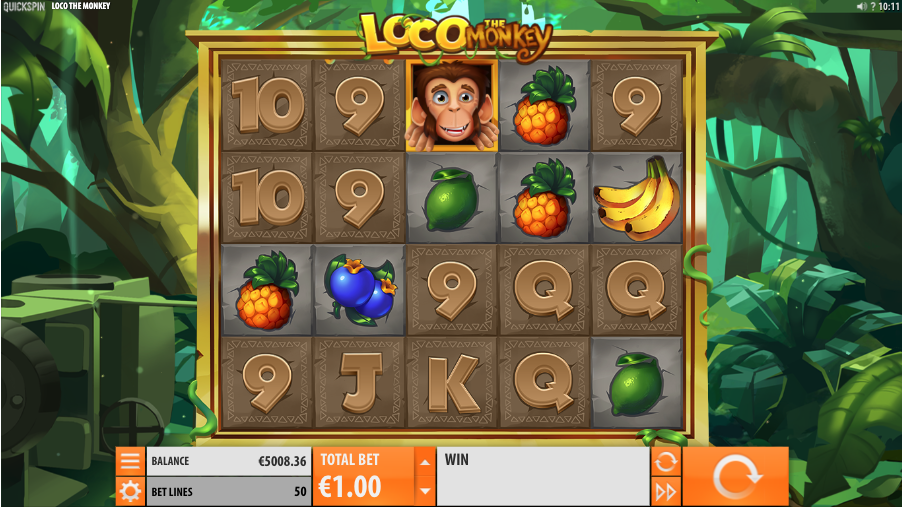 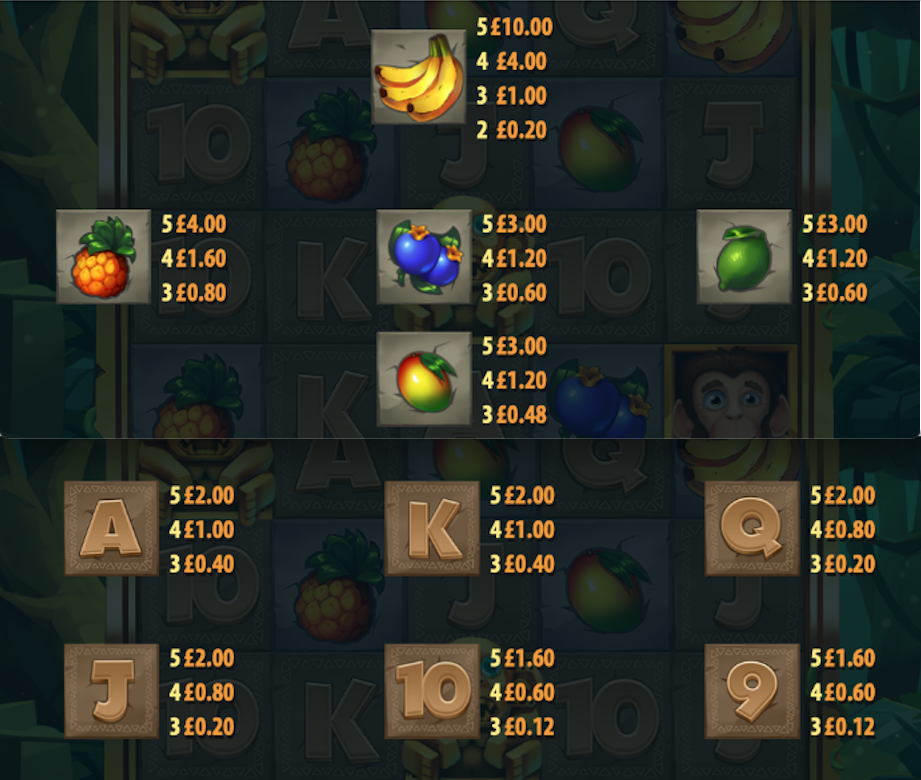 Deep in some South American jungle there’s a slightly deranged simian who has been chosen as the theme of this online slot machine from Quickspin; he’s called Loco The Monkey and from £0.25 per spin he’s trying to tempt players with money-themed respins and free spins.

Loco The Monkey is a five reel slot with four rows and fifty fixed paylines; those reels spin in a steamy jungle location in which there’s a crashed jeep visible on the left hand side – who can say what happened here?

There’s a fruity collection of high value symbols including bananas, pineapples, berries, limes and mangoes; 9, 10, J, Q, K and A make up the lower values. The monkey is wild and the monkey statue is the scatter symbol.

This is triggered by landing at least four wild monkeys on reels one, two, three and/or four and all those wilds will now be locked in position; the reels spin again and if any more monkey appear they’ll also be locked and another spin awarded. When there are no extra monkeys the payout is calculated.

Landing three of the monkey statue scatter symbols anywhere on reels one, two and three will kick this feature off with ten free spins but three more during the round will award an extra five.

Each wild symbol which appears will lock in place until the round ends and if a wild lands on an already locked wild it will increase its multiplier by 1x (up to a maximum of 3x).

We always enjoy Quickspin slots and Lock The Monkey is no exception – gameplay revolves around the respins but if you can trigger the free spins then that’s all good too; what’s going on with the jeep though?