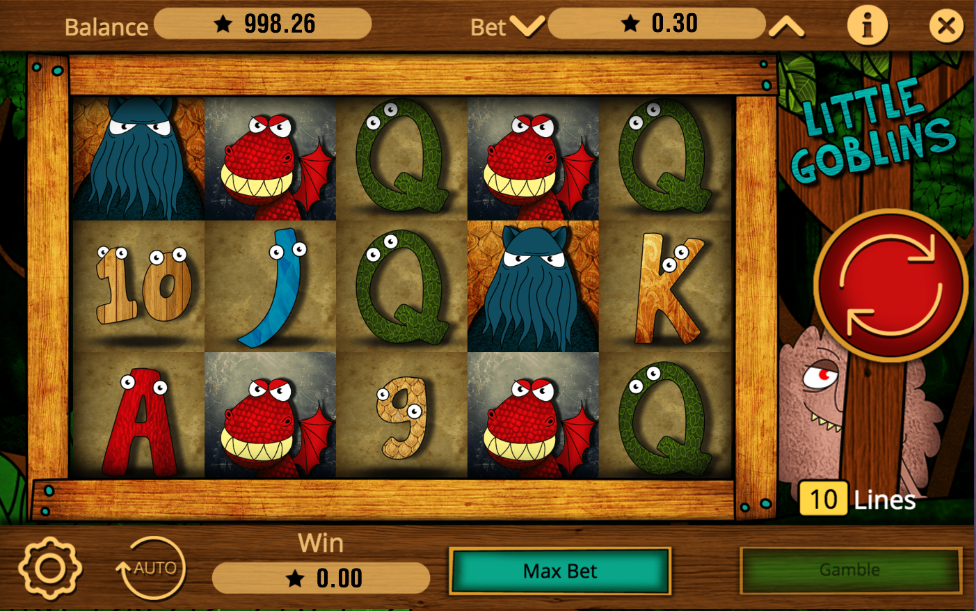 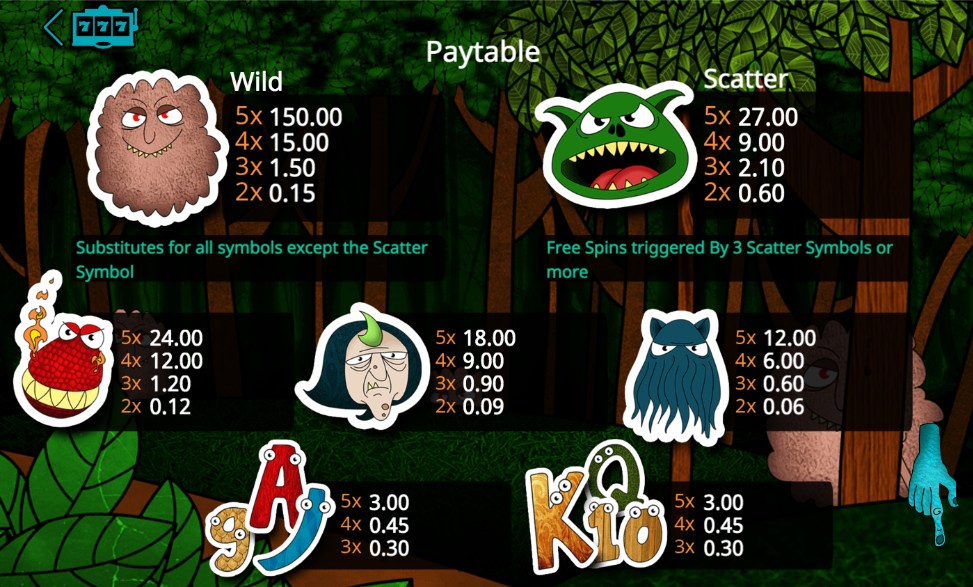 It’s a little known fact that there are still unexplored areas of forest in various locations around the world and in those dark places there exists a range of unseen creatures – these are the inspiration behind this online slot from Booming Games. It’s called Little Goblins and it’s a charmingly cartoonish game which finally unmasks these mysterious critters – read all about it below.

Little Goblins is a five reel slot with three rows and up to ten paylines; the reels spin within a basic wooden frame which is set against a backdrop of gloomy woodland. There’s an entertaining guitar-based soundtrack to accompany your gameplay.

There are three theme-related base game symbols and these comprise a red, fire-breathing dragon, a horned chap and a hairy grey creature; 9, 10, J, Q, K and A (all adorned with pairs of eyes) make up the lower values.

The wild symbol is a smiling brown creature with red eyes and he’ll substitute for all others to form winning combos except the scatter – that’s a green, yellow-toothed chap who’s also the key to the main feature.

This is triggered by landing three or more of the green creature scatter symbols anywhere in view; you will now be awarded ten free spins which can be retriggered by landing more scatters during this round. Initially you will also be prompted to stop the pages of a book turning which will determine a random symbol to become an expanding wild.

Each base game win can be gambled by pressing the big, green ‘Gamble’ button below the reels; the guy with the green horn will now offer a choice of an eye or a hand to double your winnings (or lose it all).

Little Goblins has an individual graphical style which may look a little childish but it works well in context with the game. It’s good fun to play and the free spins were quite lucrative for us.