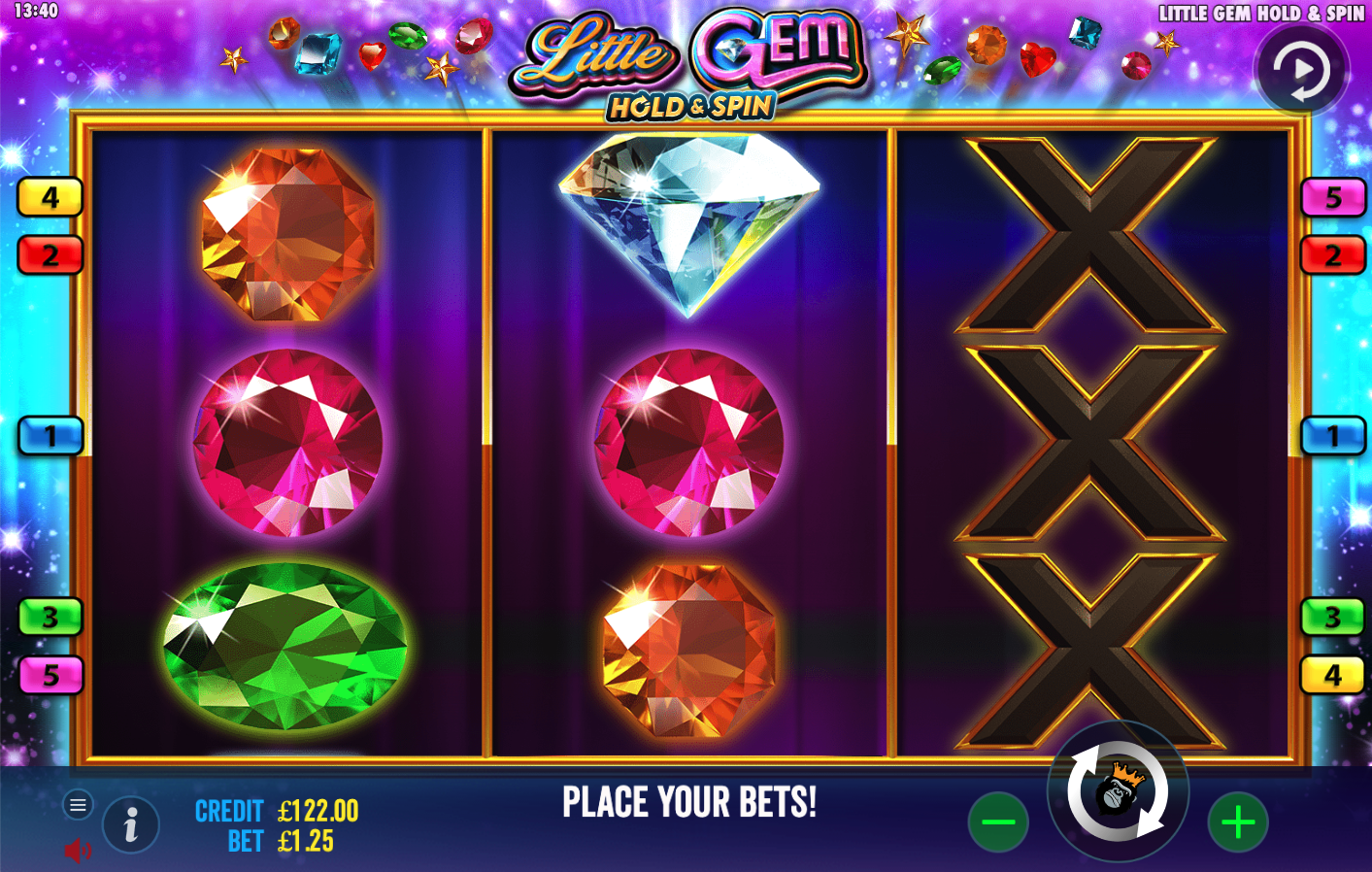 Three reels and sparkling crystals set the scene for this online slot which comes with a respin round and wild wins – it’s called Little Gem, it’s developed by Pragmatic Play and you can read all about it right here.

Little Gem is a three reel slot with five paylines and it all takes place within a golden frame backed up by a shimmering display of glistening blue and purple lights. We especially like the various gems and assorted objects floating above the reels and there’s a bass-driven soundtrack for those who like some musical accompaniment.

There’s an assortment of familiar symbols in play here and they include diamonds, bars, crystals in various colours, triple stars and an X. The ‘Wild’ is of course wild and then there are the gold and silver special coins.

This is triggered by landing a full stack of either gold or silver coins on reel two and you’ll see those coins locked in place for an initial four respins; all coins display a cash value and any landing on reels one or three will add their value to the sum already collected.

If you’re lucky enough to land a diamond it will be worth anywhere between 100x and 500x the stake.