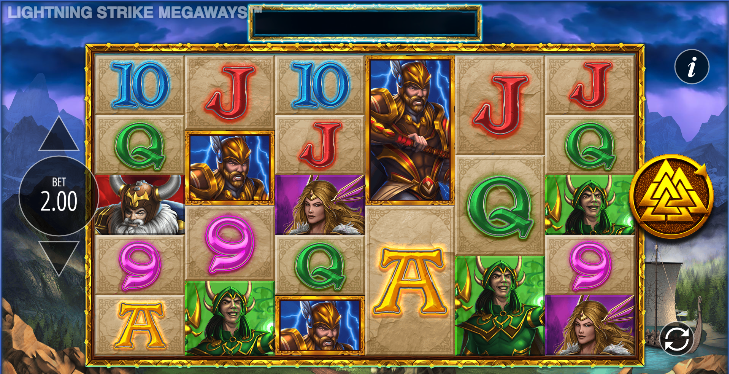 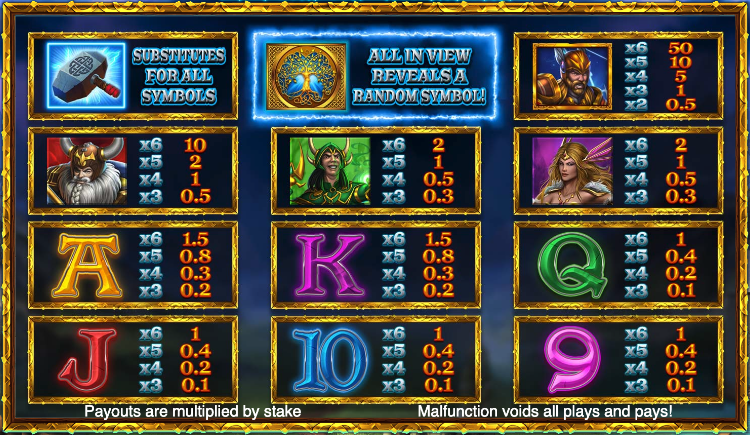 It’s time now to return to the land of the ice and snow for a visit to our old Norse friends, the Vikings and their gods; this online slot is called Lightning Strike Megaways, it’s developed by Blueprint Gaming and it comes with the Lightning Strike feature and some terrible weather.

Lightning Strike Megaways is a six reel slot with variable rows and up to 15625 ways to win – the varying size of the symbols makes the huge number of paylines possible. Mountains, lightning and rain form the backdrop to those reels on which wins can be formed from right to left as well as left to right.

Various gods including Thor, Loki, Freya and Odin represent the higher value symbols while 9, 10, J, Q, K and A make up the lower values.

Thor’s hammer Mjolnir is wild, it appears on reels two to five and it will substitute for all others to help form winning combinations. Yggdrasil (the tree of life) is a mystery symbol, all of which will change into matching ones on the reels.

This is triggered each time the wild hammer lands on the reels – the wild will expand to cover all positions on its’ reel and a respin is awarded; any new wilds will repeat the process until a maximum of four reels are completely wild. Each expanded wild will have a multiplier value which will be applied to any wins – the multipliers of two or more wilds will be totalled.

Entry into this feature is by landing a win worth at least 5x your stake and you’ll be faced with a screen like the one shown below in which you can take your win, take some Mega Spins or gamble to increase either. The gamble involves spinning the wheel and landing the pointer in the green zone – it starts easy but gets tougher as the red zone gets larger.

Mega Spins include more wild and mystery symbols for your pleasure. 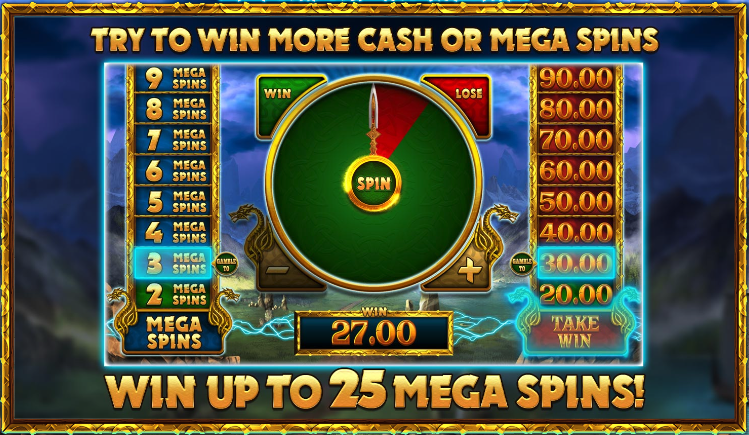 Lightning Strike Megaways is an exciting and action-packed addition to the hordes of Norse-themed slots out there and it introduces a couple of clever features along the way; it’s low variance in the base game with the bigger wins reserved for the bonus rounds.