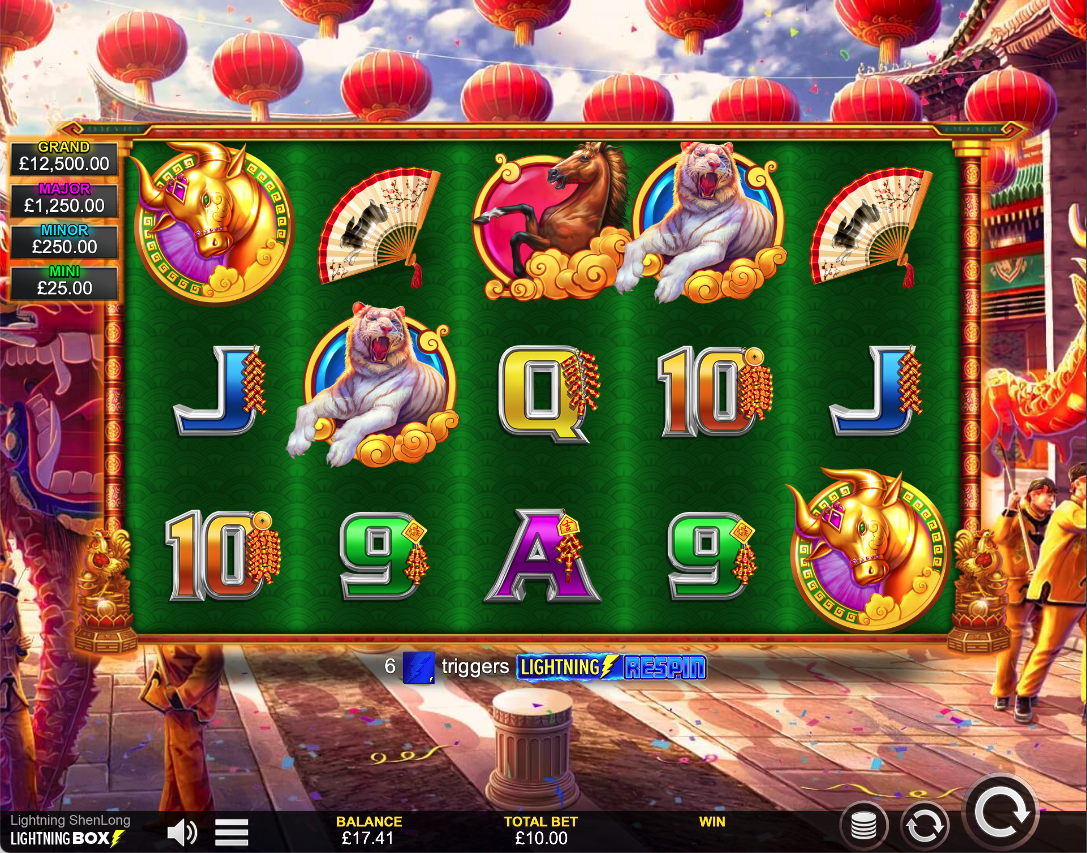 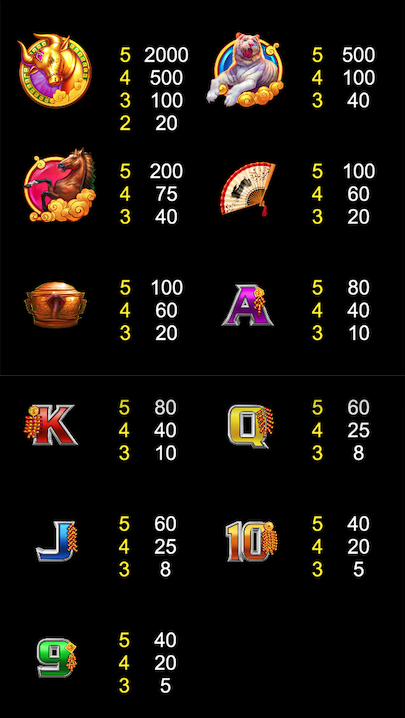 As all online slots fans will be aware Shenlong is a mythical dragon from Chinese mythology associated with storms and rain – he’s now also the entertaining focus of Lightning Shenlong, this reel spinner from Lightning Box which tempts players with Lightning respins, up to thirty free spins and Colossal Symbols.

Lightning Shenlong is a five reel slot with three rows and 2443 ways to win; paper lanterns and ceremonial dragons fill the traditional Chinese square behind those reels as preparations for the party get underway.

High value symbols include the golden bull, the white tiger, the rearing horse, the paper fan and the pot; 9, 10, J, Q, K and A represent the lower values. Shenlong is will and the special symbols are the blue lightning bolt and the dragon bonus icon.

This is triggered by landing at least six of the lightning bolt scatter symbols anywhere in view; you’ll start this round with three respins and on each spin up to five reels are active, meaning they’re lit up in blue. Any bolts landing on those reels will lock in place reset the number of spins to three.

Colossal (2×2 or 3×3) bolts can also land in this round and when no more spins remain you’ll receive the collected values from the lightning bolts. Bolts displaying Mini, Minor, Major or Grand can also land and if they’re on an active reel you’ll win that prize also – up to 1250x the bet for the Grand Jackpot.

Shenlong may be a creature we haven’t encountered before he contributes to an engaging enough slot here which holds out the promise of a large jackpot prize and two bonus features. It’s not particularly innovative but it’s worth a pop.

Lightning Shenlong is a Chinese-themed video slot from Lightning Box Games with five reels and 243 ways to win.

The Return To Player percentage for Lightning Shenlong is 96.13%.

How To Win On Lightning Shenlong?

Where can I play Lightning Shenlong?