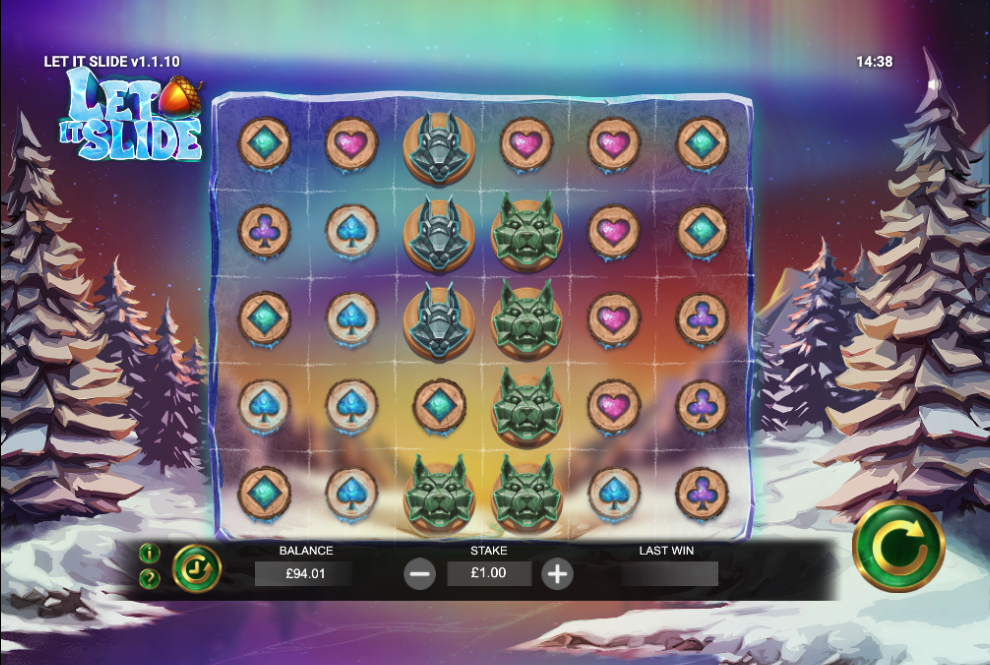 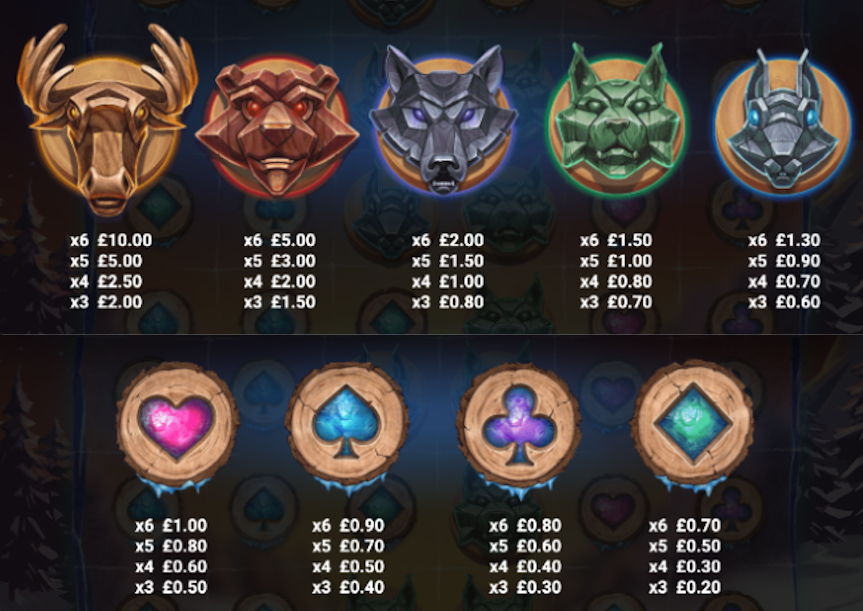 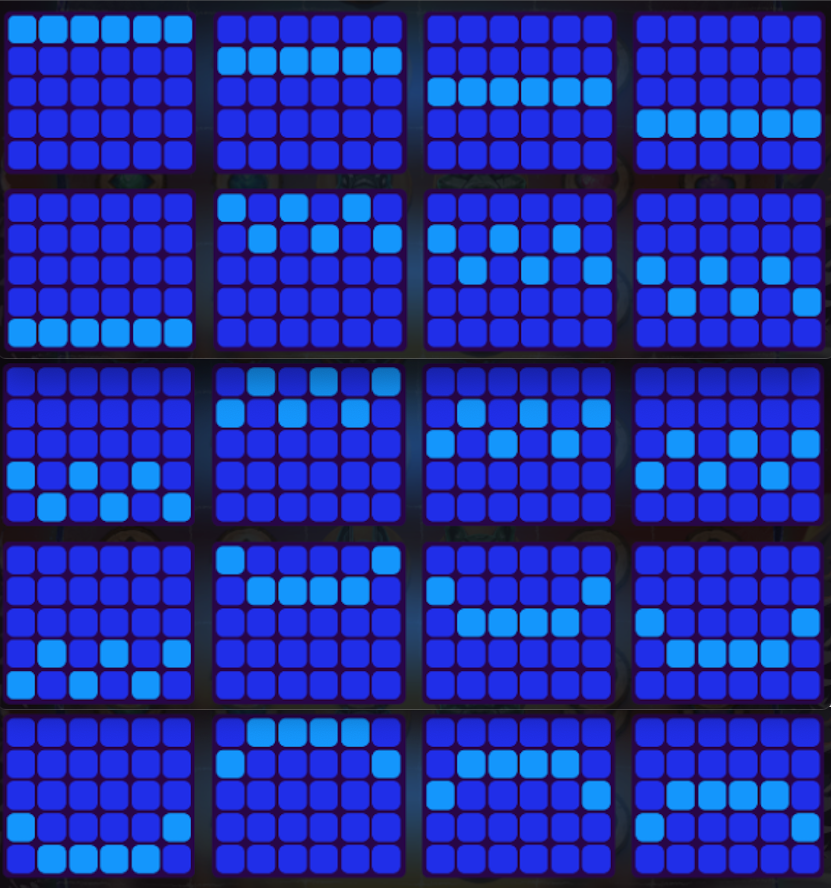 Frozen rivers and the Aurora Borealis give us a clue to the location of this online slot from Jade Rabbit Studios – its called Let It Slide and it takes us on a journey to the Arctic Circle where only the toughest animals cope with the cold weather but there are also prizes to be won in the shape of multiple wild features, free spins and the Let It Slide bonus.

Let It Slide is a six reel slot with a kind of attractive, blocky design in which all the action takes place beneath the multicolour glow of those Northern Lights.

The high value symbols are stylised animals including deer, mountain lions and wolves while the lower values are playing card symbols in various colours. In the base game the stacked log and the basic acorns are wilds.

This is triggered by landing a stacked log wild fully in view on reels one or six, after which one ‘sliding wild’ will appear on the reels; the reels will now respin while the wild moves diagonally across, bouncing off the top and bottom. The round ends if the sliding wild drops off either side but it can be extended if it hits a stacked wild on reels one or six and bounces back across – a bit like Pong for those with longer memories. The multiplier for the wild increases each time it bounces back.

Icy frames can appear on the reels and if a sliding wild passes through this it will leave a sticky wild behind which will remain in place until the round ends.

This is activated by landing two stacked log wilds in view on reels one and six after which two sliding wilds will emerge and move across the reels; spins will continue until there are no more of these wilds on the reels but more can be created by landing more stacked logs.