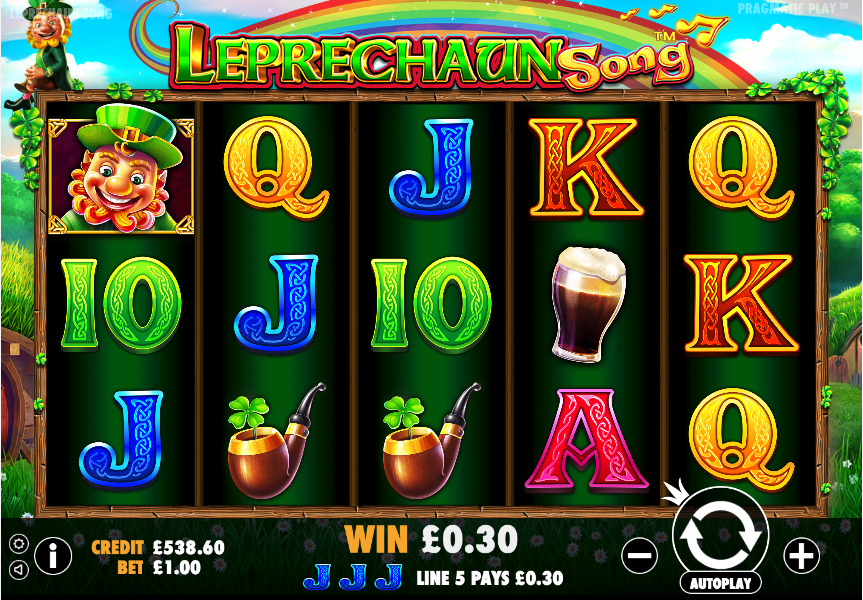 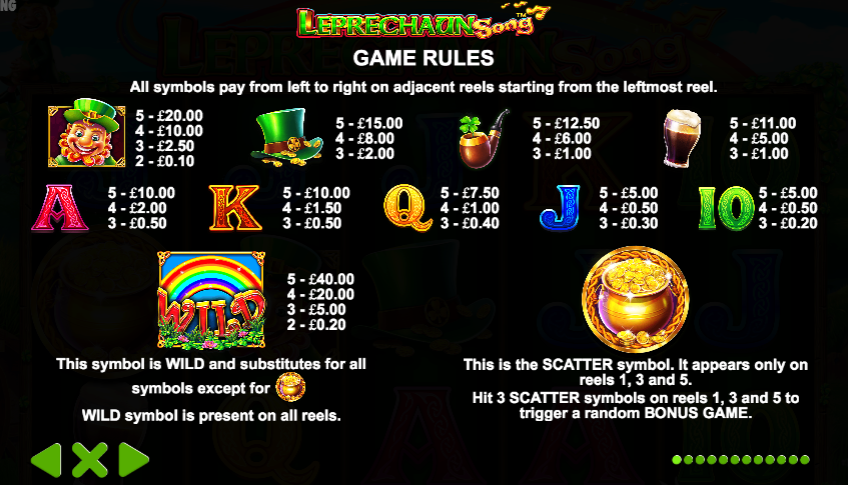 It’s time to board the ferry once more for a trip across the Irish Sea to the Emerald Isle in the company of some relaxing Leprechaun Song; this is an online slot from Pragmatic Play with plenty of extra features and some Celtic free spins.

Leprechaun Song is a five reel slot with three rows and twenty fixed paylines; four leaf clovers adorn the rickety wooden reels while a rainbow lights up a sunny rural scene in the background.

The higher value symbols include the leprechaun, his hat, his pipe and a pint of the black stuff; 10, J, Q, K and A make up the lower values.

The flowery rainbow is wild and it will replace all others to help form winning matches except for the pot of gold scatter symbol.

This is triggered by landing three of the scattered pots of gold anywhere on reels one, three and five; one of the following three features will be randomly selected for you:

If you have scatter symbols on reels one and three in the base game, a nudge may come along and help jolt another scatter down to trigger this feature.

The following features can be triggered at any time in the base game:

Leprechaun Song is a chirpy addition to the large numbers of Irish-themed slots already out there and it comes with veritable feast of extra features and reel modifiers; the RTP is a healthy 96.46% and there’s a jaunty Irish tune to keep the reels spinning along.