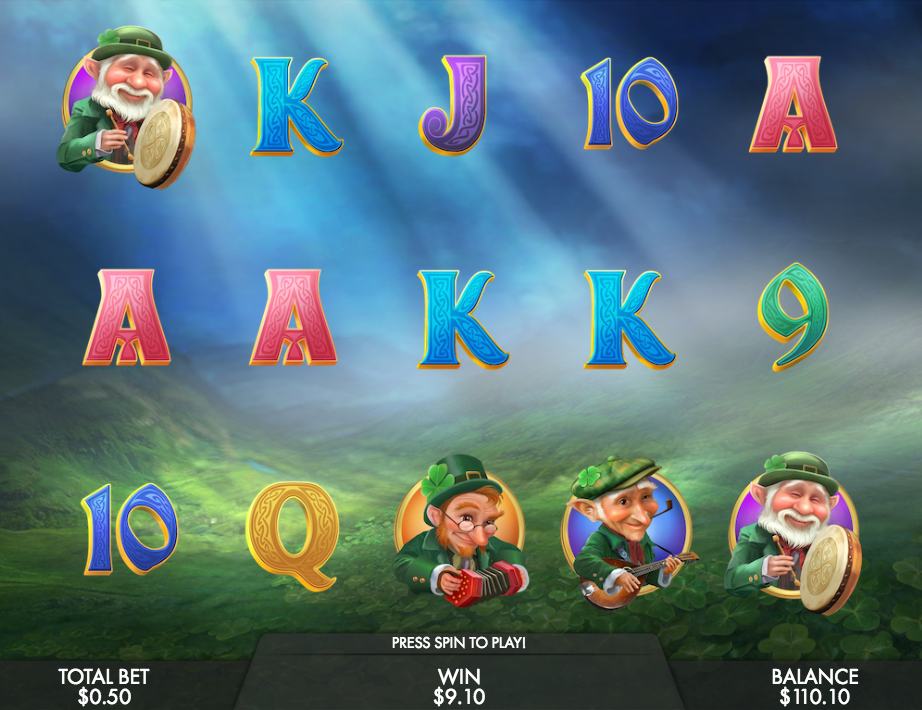 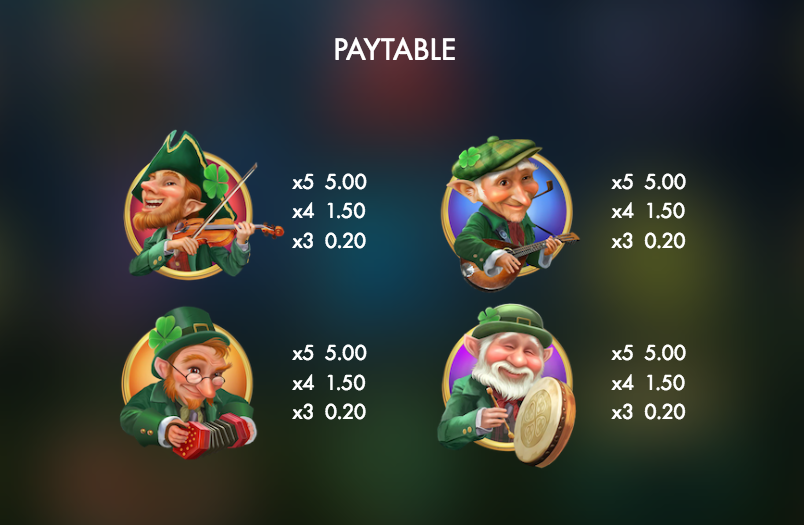 A trip to the Emerald Isle is always welcome, even if it’s only via the medium of an online slot machine; this time it’s with Leprechaun Legends, an Irish-themed game complete with several bonus features and of course some traditional folk music. Read all about it below.

Leprechaun Legends is a five reel slot with three rows and fifty fixed paylines; like other Genesis Gaming slots we’ve played the symbols float in the air and in this case behind them there’s a scene of a green valley with sunlight breaking through the clouds to illuminate the hills below.

The four theme-related symbols are members of a leprechaun band playing the violin, the guitar, the squeezebox and the drum; lower values are the standard 9, 10, J, Q, K and A but with a Celtic design.

The four leaf clover is wild and will replace all others to make a win except the scatter – that’s the Leprechaun Legends logo. There’s also a Rainbow Gold icon on reel one and Pots of Gold on reels two to five.

This is triggered by landing the Rainbow Gold symbols anywhere on reel one and at least one Pot of Gold icon on reels two to five. Each Pot of Gold will now reveal a cash prize of up to 10x the total stake.

Trigger this by landing two or more Leprechaun Legends scatter symbols anywhere in view; after your payout those reels with scatters will be held in place for one free respin.

This is triggered by landing three or more scatter symbol anywhere in view (so it can also be activated during the Luck O’ The Irish feature); three, four or five scatters will earn you 7, 10 or 15 spins respectively and you will notice that above each reel a leprechaun appears – when a matching leprechaun lands on that particular reel it becomes wild and frozen in place for the rest of the spins.

Leprechaun Legends is one of the better Irish-themed slots we’ve played – it’s designed to a very high quality and comes with some clever bonus features and an RTP of 95.03%.