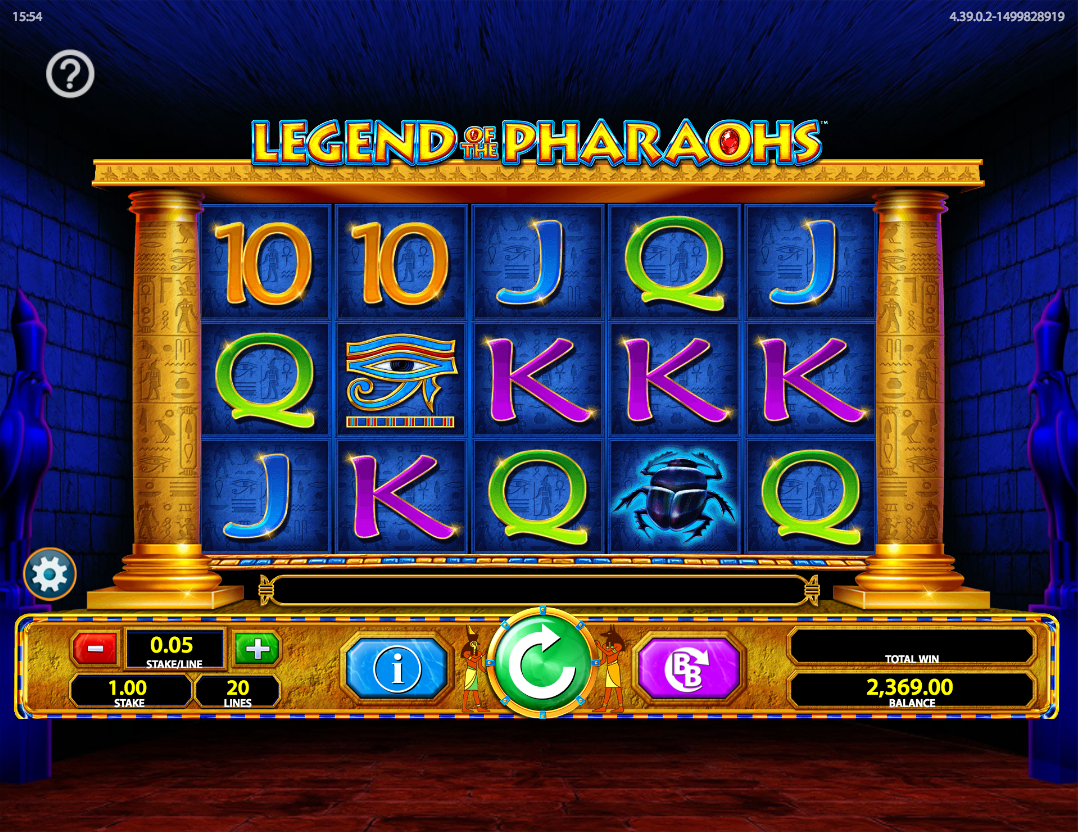 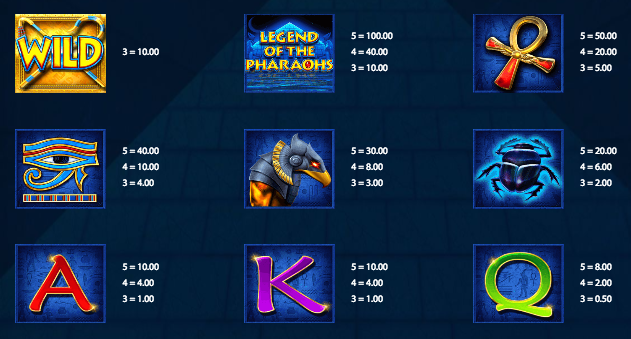 Egypt is a familiar virtual destination for fans of online slot machines and here we have the chance to visit this North African country once more; it’s courtesy of Barcrest, it’s called Legend of the Pharaohs and it includes various bonus features as well as Barcrest’s Big Bet option.

Legend of the Pharaohs is a five reel slot with three rows and twenty fixed paylines; hieroglyph-covered columns stand on either side of the reels supporting an ornate roof structure while the background fades away into the darkness of a subterranean tomb.

The high value symbols include a gold/red Ankh, the game’s logo, the Eye of Ra, Osiris and a scarab beetle; 10, J, Q, K and A make up the lower values.

The wild symbol is a golden ‘Wild’, it appears only on reels one, two and three and it will replace all others to form winning combos except for the blue and red pyramid scatter icons.

This is triggered by landing three, four or five of the blue pyramid scatter symbols anywhere in view for which you will receive ten free spins with one, two or three of the following bonuses respectively:

One, two or three red pyramids landing during this round will award a number of free spins plus one, two or three bonuses; you can choose to take this option of continue with the original feature.

If red pyramid lands  you will be offered the chance to click the Best Strategy button which will help decide which option is best – playing using this method massively increases the RTP from a dismal 81.00% up to a tasty 98.10%.

The Big Bet is a series of five spins in which you can collect scatters rather than having to land them on one spin; if you’ve just collected two after five spins then you get to spin a Wheel of Fortune to get the third, a cash prize or nothing. There are four levels of the Big Bet spin with fixed stakes, of £20, £30, £40 and £50 and the higher the stake, the better the chance of success on the Wheel of Fortune.

Legend of the Pharaohs is one of the better Big Bet series and it offers lots of variety along with some excellent big win potential; the Best Strategy option takes the guesswork out of the decision making and it very welcome. The RTP ranges from 81.00% – 98.10%