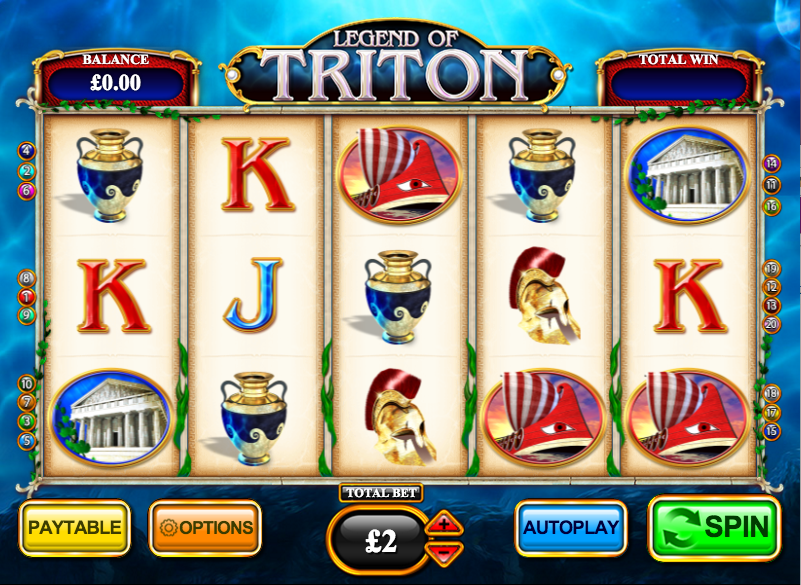 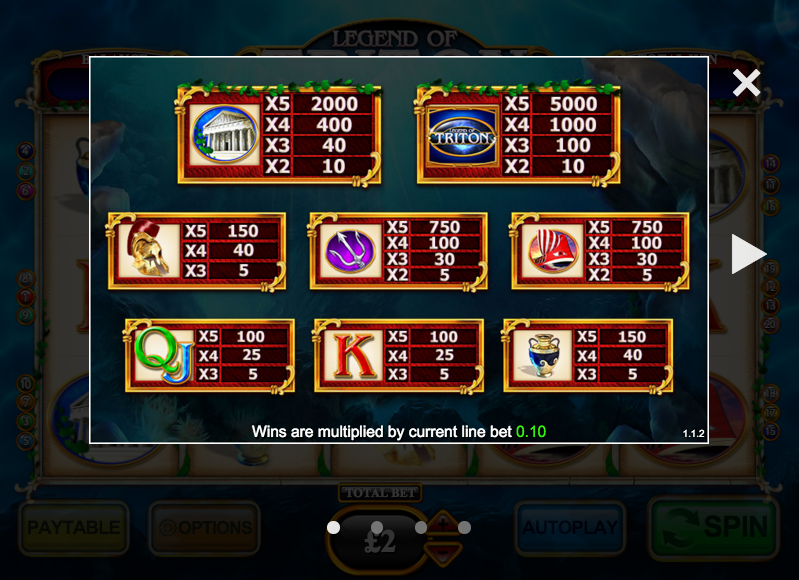 As all online slots fans will know, Triton is a character from Greek mythology – the son of Poseidon and Amphitrite with the ability to turn the seas wild with a blow on his conch shell. He’s also the star of this colourful game called Legend Of Triton, it’s developed by Inspired Gaming and and it features a free spins round with little bit extra – read all about it in the review below.

Legend Of Triton is a five reel slot with three rows and twenty fixed paylines; the design of the game gives the impression that we are just below the surface of the ocean, looking upwards into a moonlit night sky.

The symbols are mostly related to the theme and include Triton’s temple, the game’s logo, his helmet, Poseidon’s trident, a Greek ship and a vase; J, Q and K make up the lower values.

Poseidon acts as the wild and the scatter symbol here; he will substitute for all other symbols but he is also the key to the main feature.

This is the only extra feature in Legend Of Triton and it’s triggered by landing three or more of the wild/scatter Poseidon symbols anywhere in view.

Before the spins start you’ll see a short animation featuring a spinning stone which determines which one of the symbols is selected to become an expanding wild for the duration of this round. If the symbols could expand to form a win during the free spins then they will, filling in all other positions on those particular reels. This obviously results in a pretty hefty payout.

Ten more free spins can be triggered by landing three more scatter symbols during this round.

Legend Of Triton is a reasonably basic slot but it’s big. colourful and it does what it says on the tin. The feature seems quite easy to trigger and there are some big wins on offer with the expanding special symbols. There’s an RTP of 95.00%.