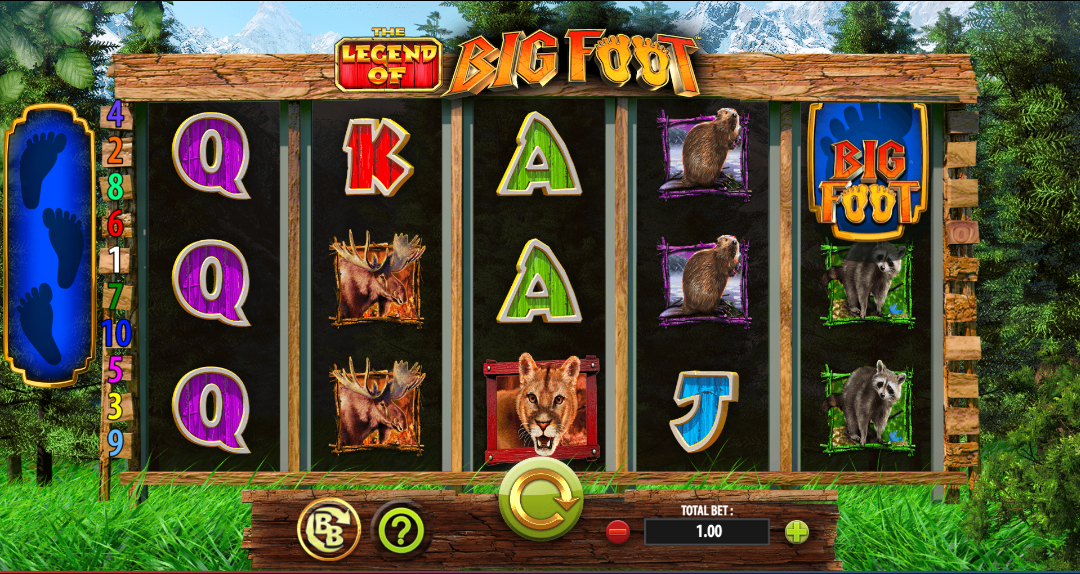 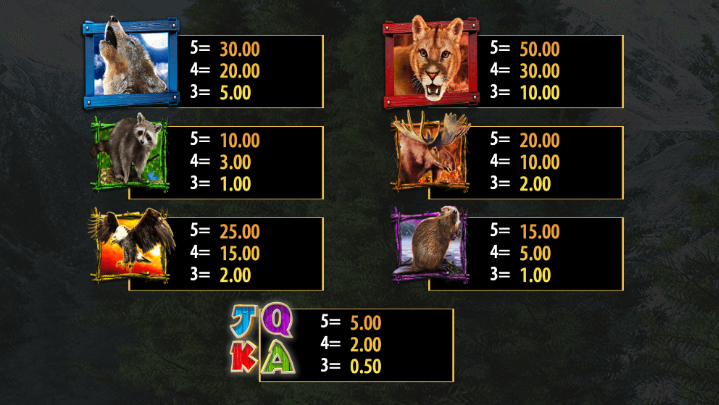 Despite all evidence to the contrary there are still those who believe that there’s a man-like ape (or an ape-like man) roaming the backwoods of some remote area; The Legend of Bigfoot is an online slot themed on this fabled creature, it’s developed by Barcrest and it comes with their popular Big Bet feature.

The Legend of Bigfoot is a five reel slot with three rows and twenty fixed paylines; the reels spin on a wooden construction which floats against a rural backdrop of long grass, trees and snow-capped mountains in the distance.

The high value symbols are all animals which do actually exist and they include a wolf, a puma, a raccoon, a moose, an eagle and a beaver; J, Q, K and A make up the lower values.

Bigfoot himself is wild and he only appears during the features; he will substitute for all others to help form winning combos except for the Bigfoot logo scatter symbol.

This is triggered by landing three of the Bigfoot logo scatter symbols anywhere on reels one, three and five and you’ll now get to play a multi-level free spins game in which landing more scatter symbols will help you along the trail to the next part:

As extra scatter symbols are collected and new levels reached, any unused spins are noted on the trail; when your spins run out on your current level you will start to move backwards to use up those unused spins. From here it’s possible to move forwards again by collecting more scatters but ultimately you’ll run out of spins and the round will be over.

If that sounds complicated, watch our video which should clarify things a bit.

This is Barcrest’s optional extra bet which provides five linked spins with extra advantages if you choose to pay the extra and use it.

The Legend of Bigfoot is a very enjoyable slot, especially if playing the Big Bet option which increases your RTP to 98.00% from 94.00% at the lowest bet level; there are some big wins to be had here as you can see from our lengthy free spins video.