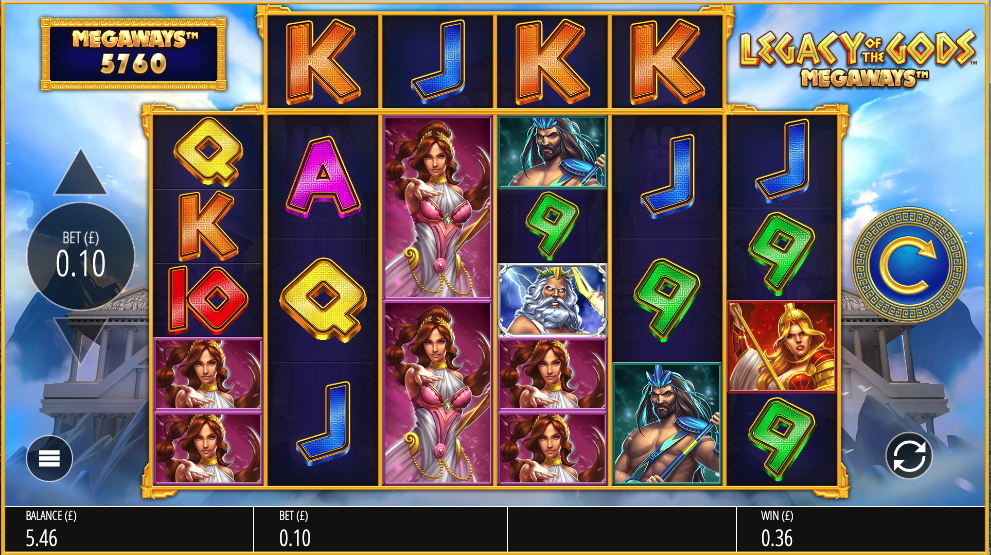 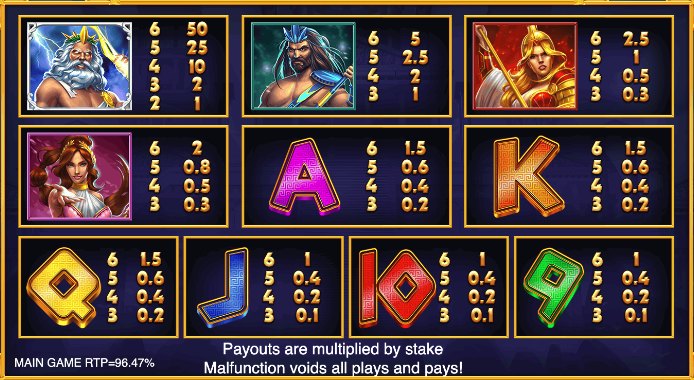 It’s time to revisit those Greek gods once more as we journey back to Ancient Greece to try out this online slot from Blueprint Gaming – it’s called Legacy of the Gods and it comes with Mystery Symbols, a choice of free spins and Big Time Gaming’s Megaways payline structure.

Legacy of the Gods Megaways is a six reel slot with variable rows and a horizontal area above the main set – with the maximum amount of rows on each reel there’s a potential 117,640 paylines available. The backdrop to the action is Olympus, the home of the gods above the Mediterranean clouds.

The four higher value symbols include Zeus, Poseidon, Aphrodite and Athena (we think); 9, 10, J, Q, K and A are the lower values. The temple is wild and it will replace all other symbols to form winning combos except for the red and blue lightning bolt scatters.

The gold coin is the Mystery Symbol and whenever it lands all instances will transform into matching standard symbols.

A feature we always like, this sees any symbols in winning combinations disappear to be replaced by more falling in from above – more combos can then be formed and this process continues until there are no more wins.

Landing four of the blue lightning bolt scatter symbols anywhere in view will trigger the free spins round and you’ll get to pick from one of the following options:

If you really want to get straight into the free spins then perhaps the Divine Bet is for you – it costs 100x your stake and triggers the the free spins instantly. 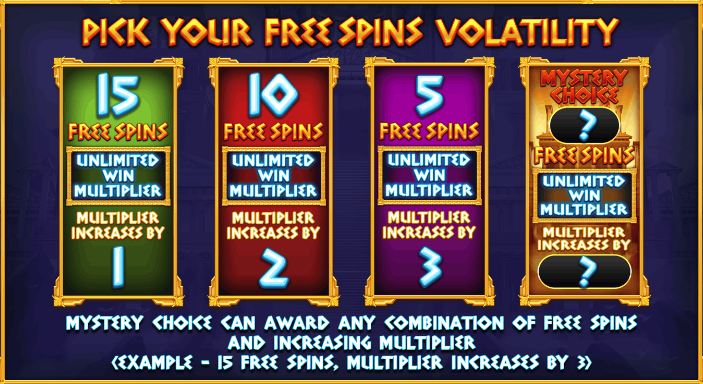 Legacy of the Gods Megaways doesn’t differ too much from titles such as Buffalo Rising Megaways but there are enough interesting features to keep things interesting and what’s not to like about 117,60 paylines, Greek gods and free spins?