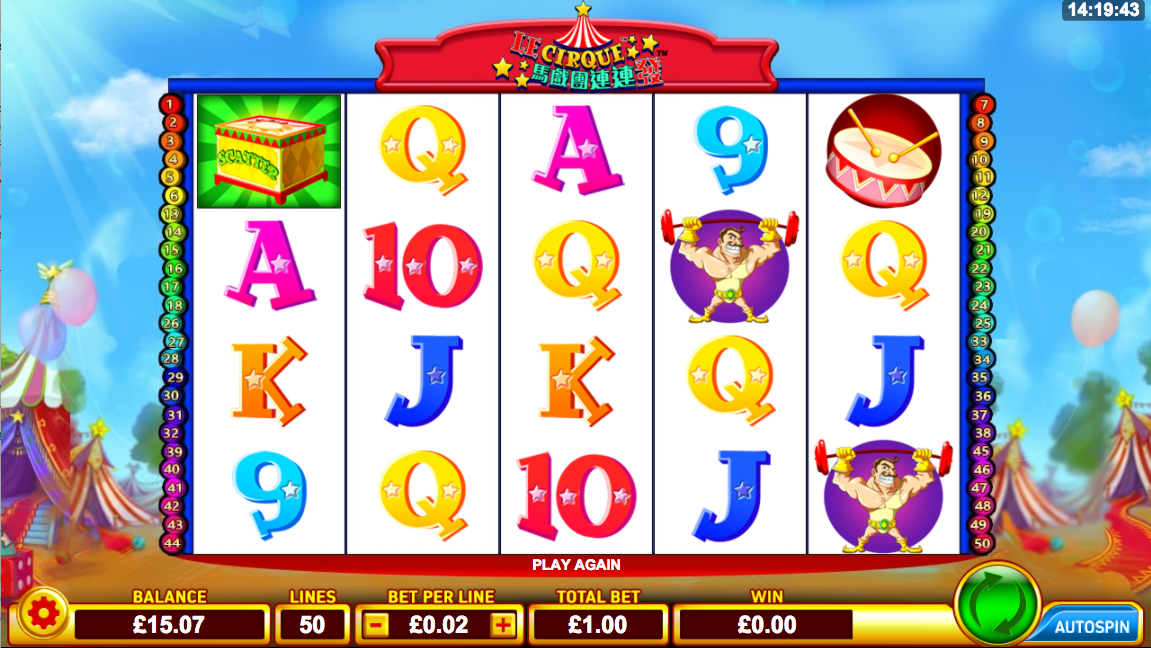 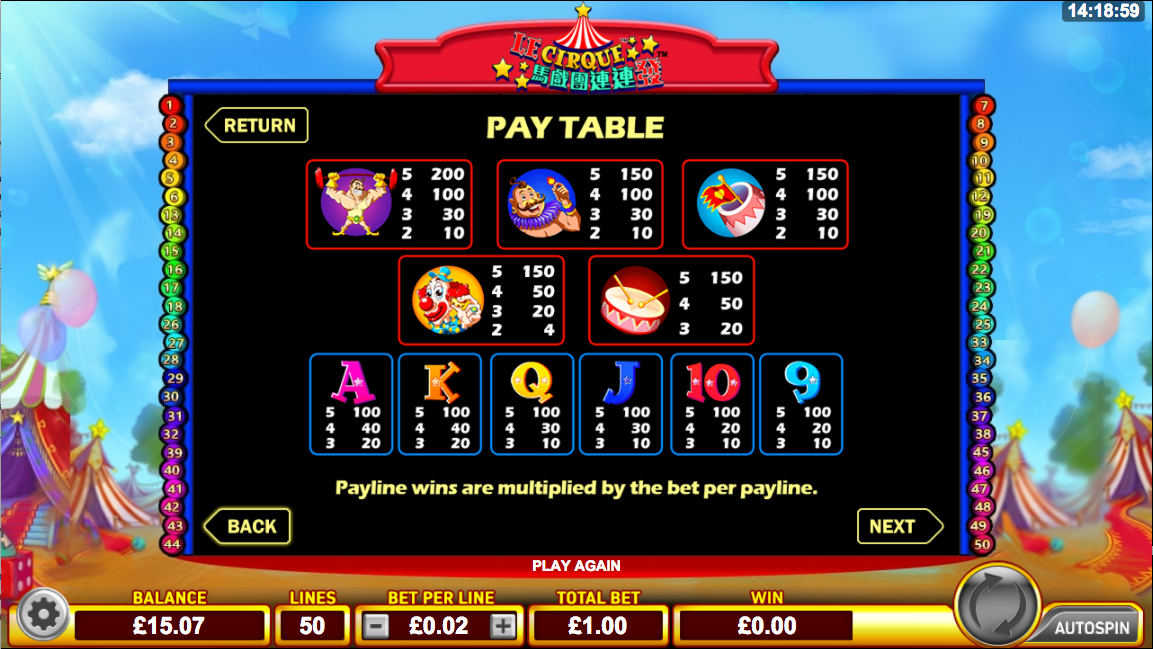 A trip to a traditional circus may be something which is slipping into memory these days but there was a time when people would flock to see the bearded lady and the strongman; this online slot machine from Aspect Gaming celebrates that era, it’s called Le Cirque and you can find out what it’s got to offer below.

Le Cirque s a five reel slot with four rows and fifty fixed paylines; colourful numbers mark the paylines on either side of the reels and there’s a red and white-striped big top at the top of the screen; elaborate tents and red carpets occupy the background under a cheerful blue sky.

The higher value symbols are cartoon representations of various circus activities such as the aforementioned strongman, a cannon ready to fire a person, a red-nosed clown, a drum and a fire-eater; 9, 10, J, Q, K and A make up the lower values.

The wild symbol is a top hat/rabbit ears which appears only on reels two, three, four and five and will substitute for all others to help create winning matches except for the yellow podium scatter icon.

This is triggered by landing three or more of the yellow scatter symbols anywhere on reels one, two or three and you will initially receive ten free spins but five more can be retriggered once with three more scatters.

Whenever the wild symbol lands during the free spins it will freeze in place and remain there for the duration of this round.

Le Cirque is a slot based on Aspect’s familiar design template so there’s a not a great deal of difference to their other games but if you like this style that’s all good – it comes with an RTP of 94.24%.