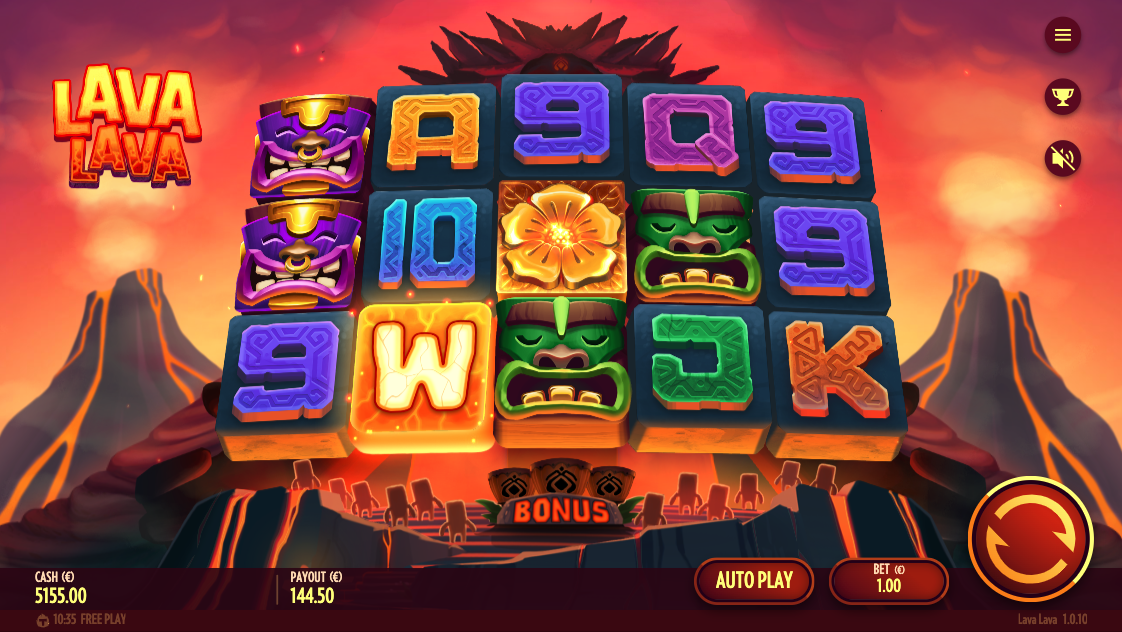 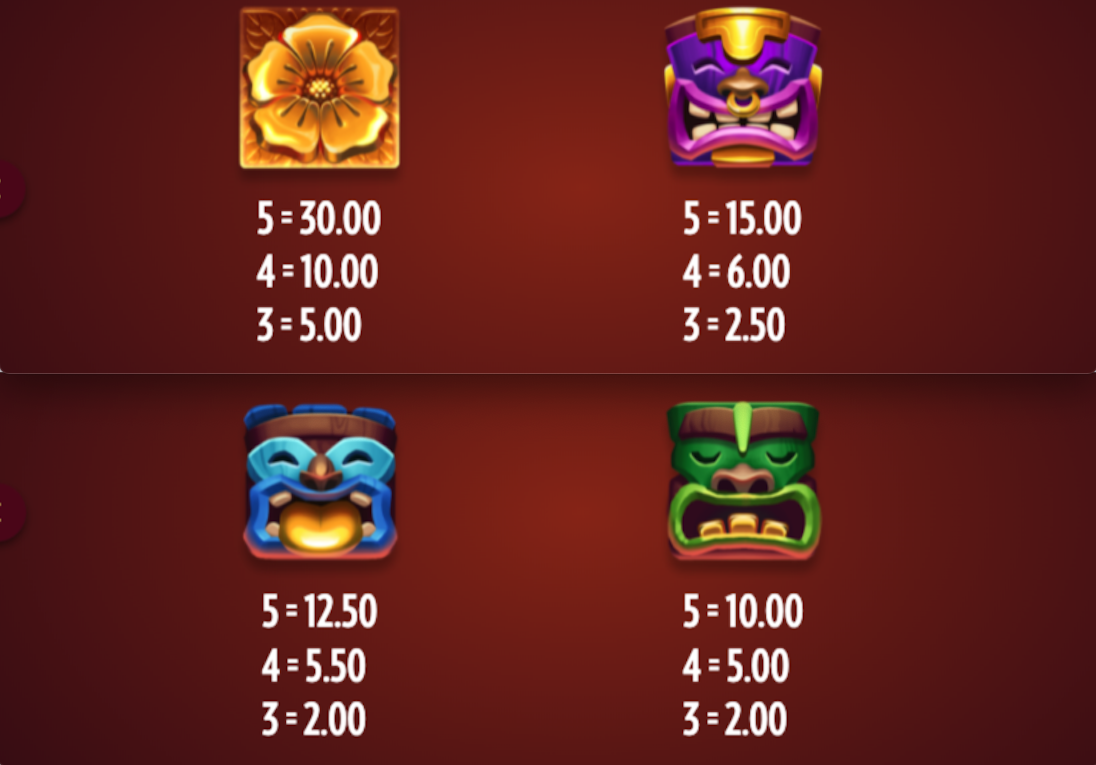 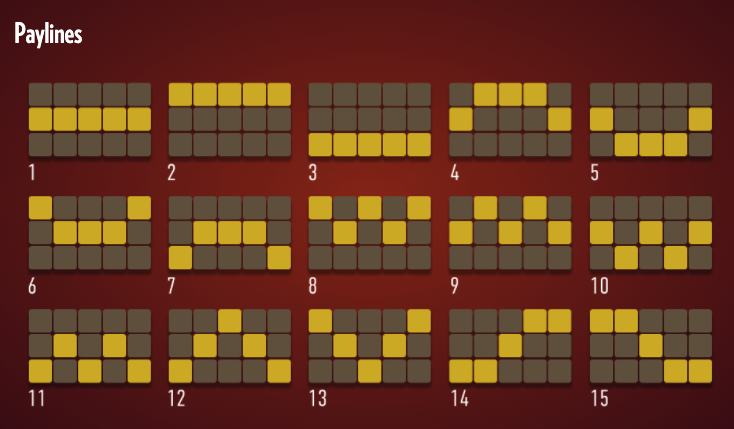 Volcanic rituals and magma-themed prizes are the order of the day when you fire up this online slot from Thunderkick – it’s called Lava Lava and it tempts players with toasty wild multipliers, exploding scatter symbols and free spins.

Lava Lava is a five reel slot with fifteen paylines and all the action takes place on a set of reels hovering in front of seeping volcanoes – small characters dance around on the steps of this vast setup.

The four higher value symbols are a golden flower and then three stylised masks which give us a clue to the Southern Pacific location of this volcanic island; 9, 10, J, Q, K and A represent the lower values. The ‘W’ is wild and the goddess face is the scatter symbol.

Every wild symbol included a win will add a win multiplier like this:

Every time a scatter symbol lands it will explode and remove all symbols in the same horizontal and vertical lines – more symbols will then fall in to potentially continue the process.