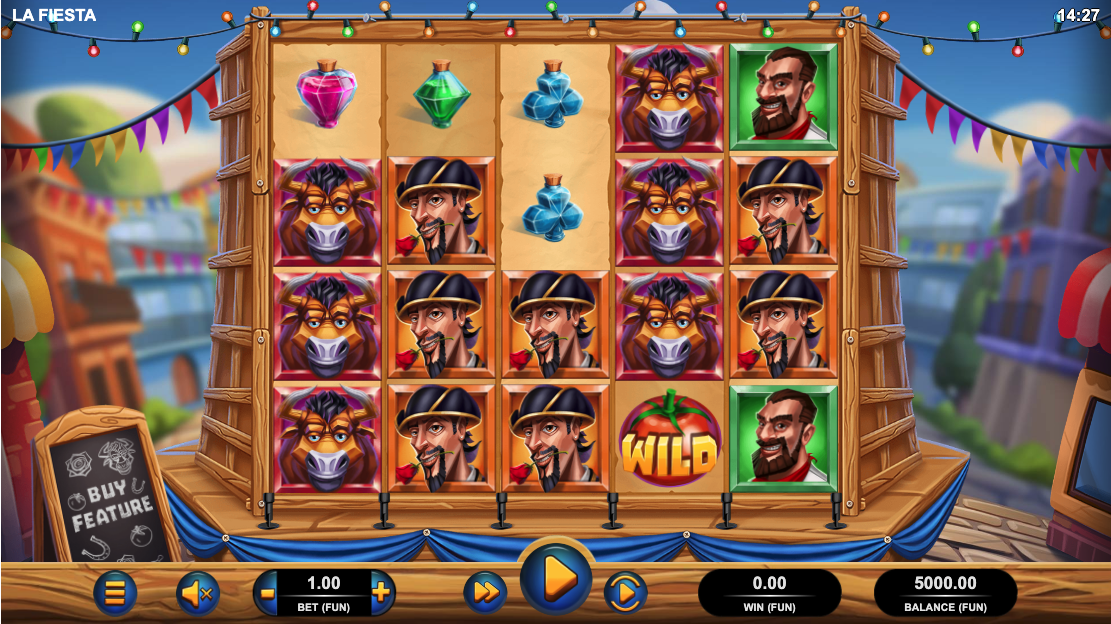 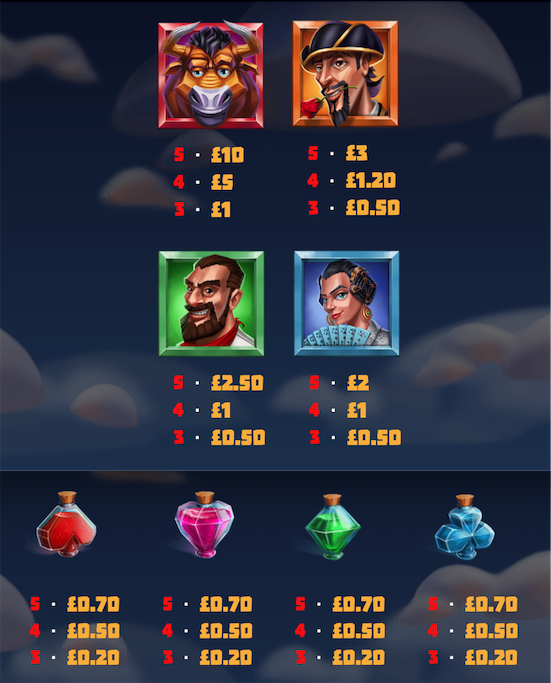 There’s a Spanish flavour to this online slot from Relax Gaming and a whole host of themed bonus features to enjoy – it’s called La Fiesta and from £0.10 per spin this Mediterranean celebration offers players four different free spins modes and a selection of randomly-activated bonuses.

La Fiesta kicks off with forty paylines spread over five reels and four rows and those reels spin on the side of a bull pen in this sunny Spanish town; the bull pokes his head out occasionally, dodging the traffic which crests the hill every now and again.

The bull is the most valuable symbol – worth 10x the stake for five on a payline – and he’s joined by the Matador, another Matador and the fan-clutching girl; little vases in the shape of playing card symbols represent the lower values and they’re all filled with coloured liquid.

The tomato is wild, the main scatter symbol is the guitar and the reel five scatters are the roses, the different tomato and the bull.

This is triggered by landing the guitar scatter symbol on reels one and three along with the rose, the tomato or the bull on reel five; you’ll win one of these free spins options:

This feature can only be reached by winning the gamble game offered before each of the free spin modes and it’s similar to the San Joan donkey feature except this time a wild stallion trots on its hind legs, leaving wilds and multipliers behind before one final spin.