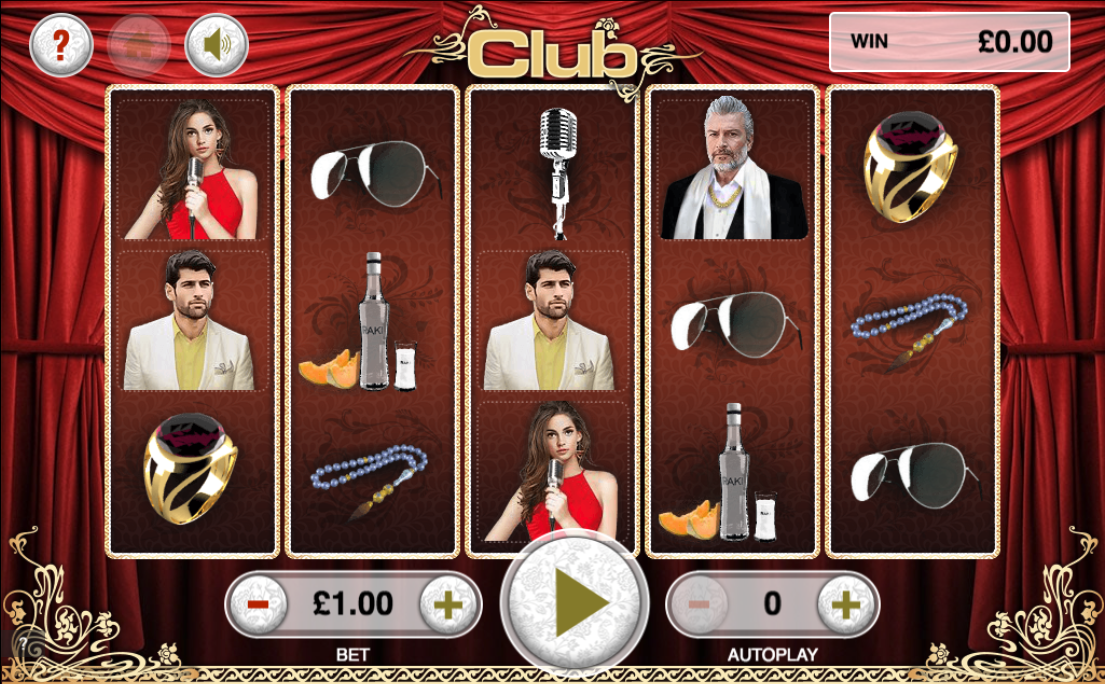 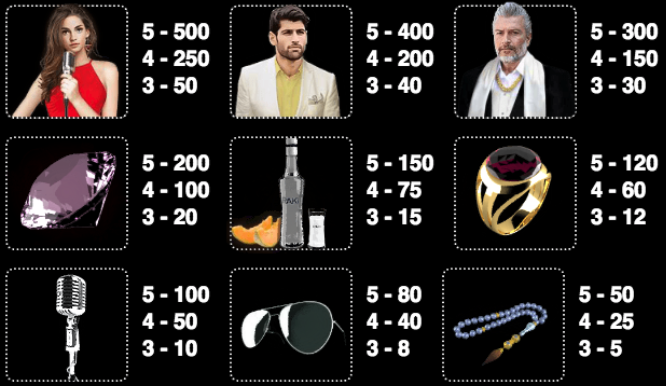 Picture the scene – you’ve enjoyed a nice evening out in Istanbul and now you’re wandering the balmy streets in search of some late night entertainment when in front of you appears the club, or Kulub to be more precise. That’s where we’re going to check out this online slot from Leander Games with it’s free spins and interesting approach to wild symbols.

Kulub is a five reel slot with three rows and twenty fixed paylines; the backdrop to those reels is a plush red curtain which will eventually reveal tonight’s cabaret singer. 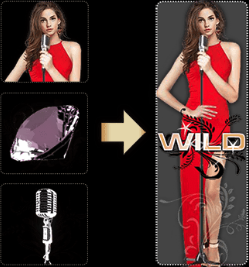 All the symbols are related to the theme and for reasons which will shortly become clear we group them into sets of three:

A wild symbol is only created by landing one of the above groups in that order on any particular reel; they will transform into a wild symbol of that character three positions high which will replace any others to form winning combos except for the gold bonus icon.

This is triggered by landing three, four or five of the golden bonus symbols anywhere in view for which you will receive 10, 15 or 30 free spins respectively; during this round the wild characters are all three positions high and if just a part of them appears they will be nudged up or down to fill the whole reel.

Kulub is a slot with an odd theme to be sure but it’s the features are quite creative and there’s some inoffensive music to accompany your gameplay; there’s also an RTP of 94.84%.