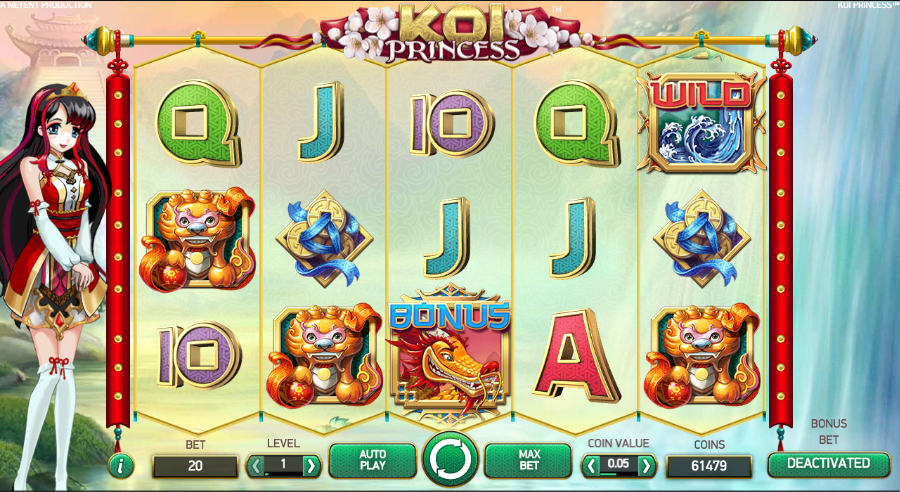 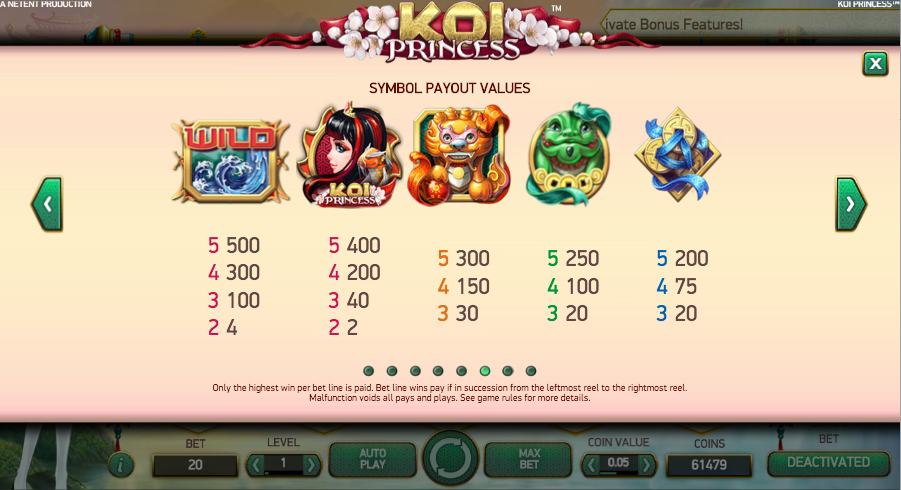 We don’t normally associate Net Entertainment online slots with lots of extra bonus features but Koi Princess makes up for all that – this oriental-themed game is loaded with base game bonuses and random mini-games which should be enough to keep everyone busy. It’s all described in more detail below.

Koi Princess is a five reel slot with three rows and twenty fixed paylines; the theme is a familiar oriental one but there’s a manga touch to it which marks it out from the crows. A falling waterfall and a temple provide the backdrop to the reels.

The four high value symbols are nicely-designed and include the Koi Princess logo, a stylised dragon, a turtle and some Chinese dollars; 10, J, Q, K and A make up the lower values.

The wild symbol is a breaking wave and the bonus icon is represented by a golden dragon’s head.

This can be triggered on any base game spin and you will be offered three Koi from which to choose; they offer one of four bonus games:

This is triggered by landing three of the bonus symbols anywhere on reels one, three and five or by picking it during the Random Feature. If you land two bonus symbols you may get lucky and see a third ‘nudged’ onto the reels.

There are four games on offer here so spin the wheel below the reels to find out yours:

It’s a small thing but activating the bonus bet will increase your RTP from 96.00% to 96.23%; it probably won’t make mush difference but you never know!

Graphically this is something of a departure for Net Entertainment but it blends the manga design with the gameplay really well and it’s of a really high quality. The seemingly endless list of bonus features keep everything ticking along nicely.