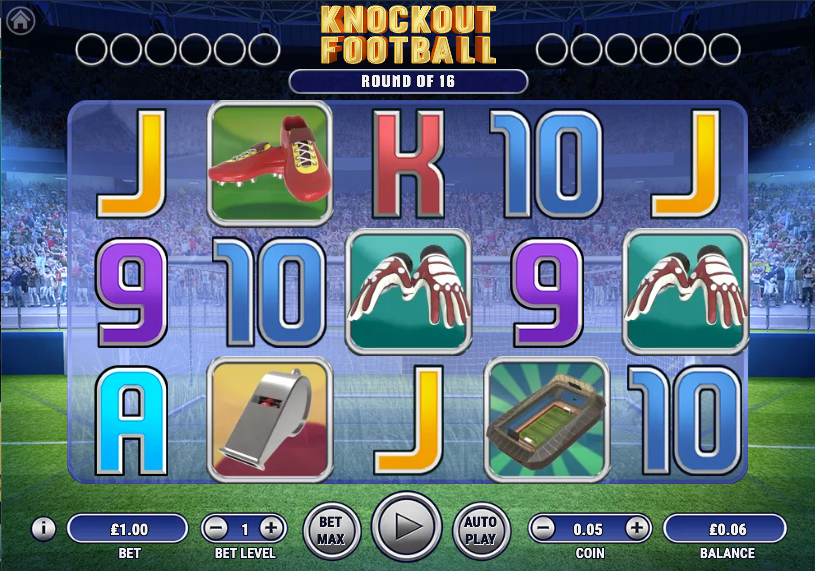 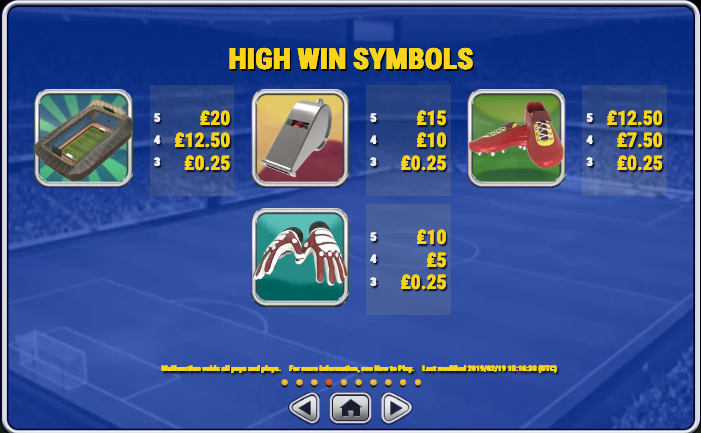 The beautiful game takes centre stage now as we bring you all the essential details of Knockout Football, an online slot from Habanero Systems which recreates the atmosphere of a big match while offering free spins and exciting wild features.

Knockout Football is a five reel slot with three rows and 243 ways to win which means that there are no set paylines – wins are created as long as there are matching symbols on adjacent reels anywhere on the reels. Those transparent reels spin in front of a goal and one end of a large stadium.

There are four high value symbols including the stadium, a referees’ whistle, a pair of boots and a pair of goalies gloves; 9, 10, J, Q, K and A are the lower values.

There are two wild symbols:

Each time a wild ball lands it’s collected and added to the meter above the reels; when at least three have been collected a player may appear to boot them all back onto the reels for (hopefully) a big win. Six balls will automatically trigger the feature.

Every trophy symbol landing is collected and when six fill up the spaces above the reels the Knockout Free Spins are triggered; this involves a football tournament played one game at a time in which there’s only one wild symbol – the yellow ball which starts in the middle of reel three.

On each spin it will be kicked towards the right (the opposition goal) or to the left (your goal) and when it reaches the centre of reels one or five a goal is scored. If you’re ahead when the time runs out you’ll progress to the quarterfinal, semifinal and then final. There’s a prize of 500x the stake for winning the final and various smaller prizes if you don’t get that far.

Knockout Football is one of the more inventive footie-themed slots we’ve encountered and that’s always a good thing; the bonus feature is clever, lengthy, tied to the theme and definitely profitable if you can reach the further stages of the competition.