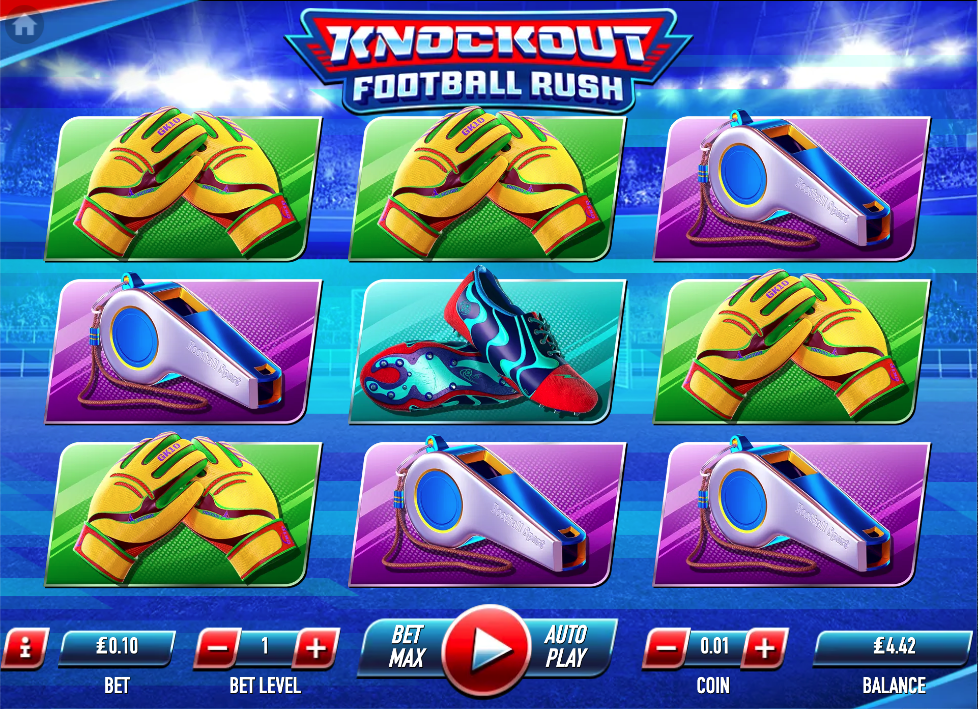 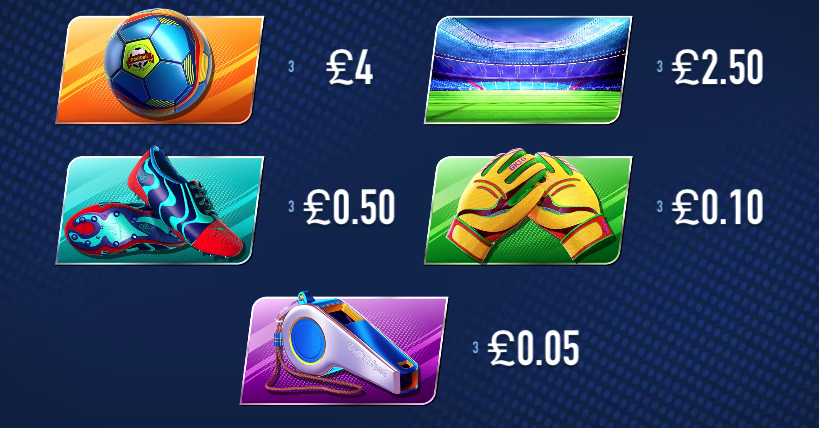 Every couple of years there’s a major international footie tournament and this gives the game developers plenty of inspiration for the next themed online slot machine; this one’s called Knockout Football Rush, it’s designed by Habanero Systems and it’s all based around a wild penalty feature.

Knockout Football Rush is a three reel slot with three rows and six fixed paylines although since three of those paylines are vertical we could describe it more accurately as an arcade slot. Still, it is what is is and those reels spin against a backdrop of various huge stadia under floodlights.

The four standard symbols are all related to the theme and include the stadium interior view, the pair of football boots, the goalies gloves and the referee’s whistle. The football is wild and along with replacing all other symbols it’s the key all the bonus features in Knockout Football Rush.

The wild symbol won’t appear in normal gameplay but at random the symbols will fly off the screen and a player in the background will boot the wild ball towards the screen where it will land on the bottom row. From there it will move up one row on each subsequent spin until it disappears off the top.

Up to three wild balls can be added to the reels on that first kick and then more can be added via more penalties on subsequent spins; having at least three wilds on the reels will multiply any wins on that spin as follows:

Knockout Football Rush combines the simplicity of a three reel slot with Habanero’s usual big, bold graphics and an amusing wild feature to create something a little different and a lot of fun – give it a try!