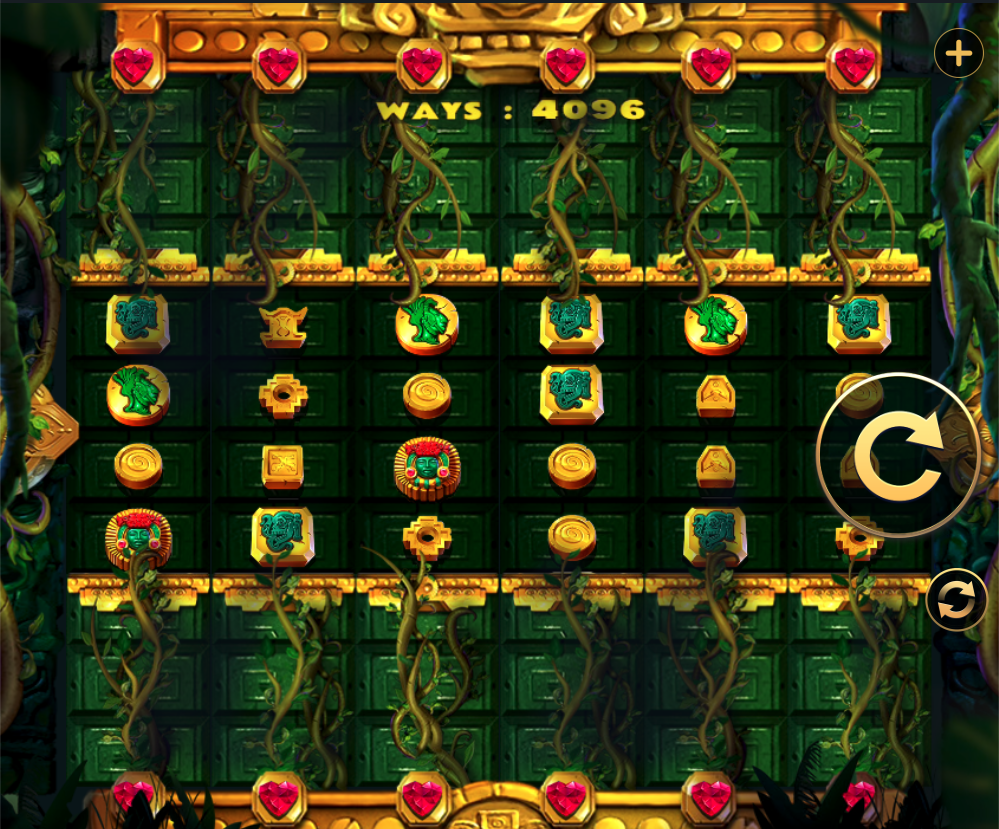 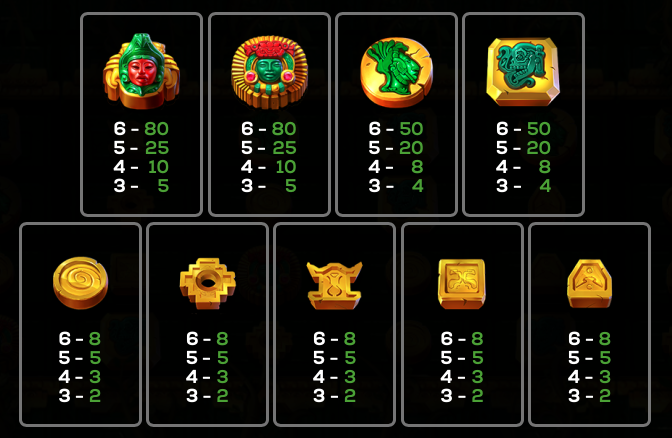 Deep in a South American jungle there’s a temple covered with vines and creepers which may well contain Aztec treasures – this is Kingdom of Gold: Mystic Ways, an online slot from High 5 Games with a potential 1,000,000 paylines and plenty of free spins.

Kingdom of Gold: Mystic Ways is a six reel slot with an initial four rows and 4096 ways to win; vines occupy the rest of the screen area and they’ll come in to play as the reels spin.

The higher value symbols are four stylised representations of animals and ancient gods while the lower values are gold objects in various interesting shapes. The golden ‘Wild’ is wild and the blue jewel is the bonus symbol.

This is this slots central feature and it’s all about expanding the reels up and down to create more paylines; landing any of the symbols shown below will increase the rows by the amount shown up or down, depending on the direction of the arrow. The number of paylines increases accordingly with one million available if all reels are at maximum height.

On each successive non-winning spin the reel height will shrink by one symbol position. When a particular reel has reached its maximum height a wild symbol is added somewhere on reels two to five for three spins.

Landing three or four of the blue jewels anywhere on reels two to five will award 18 or 25 free spins respectively; when the round starts three or four jewels will add an extra 2 or 3 spins. The Way Out Ways feature works in the same manner as in the base game.

The free spins are welcome but Kingdom of Gold: Mystic Ways is all about the Way Out Ways payline mechanic and the possibility of creating one million paylines with those consequent wins; it’s clever stuff and one to try, especially if you’ve seen enough Megaways for a while.