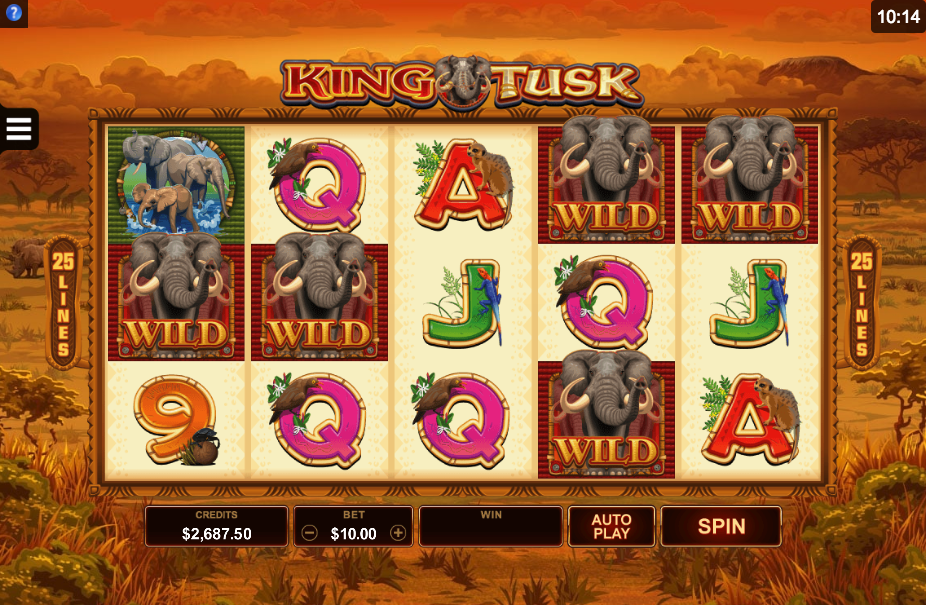 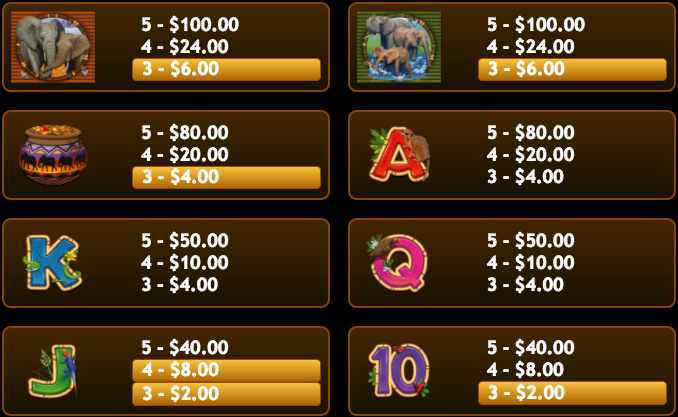 Direct from the vast African savannah is this online slot machine based upon the mighty elephant; it’s called King Tusk and our title character is a giant beast who roams the dusty plains in the hope of finding someone who’d like some free spins.

King Tusk is a five reel slot with three rows and twenty five fixed paylines and those reels float against a backdrop containing a sun-baked landscape on which creatures roam and sparse trees grow.

There are just three high value symbols and these include two groups of elephants and a pot full of gold; 9, 10, J, Q, K and A represent the lower values.

The charging elephant is wild (unsurprisingly) and will replace all others to help form winning combinations except for the King Tusk scatter icon; in the base game the wild can also expand to fill all positions on it’s reel (with an animation featuring stampeding elephants) to help you out.

This is triggered by landing three of the King Tusk scatter symbols anywhere on reels two, three and four and you’ll receive ten free spins and get to choose from one of the following modes:

More spins can be triggered by landing three scatter symbols during this round.

King Tusk is recognisably a Microgaming slot but it comes with some nice graphics, appropriately wild sound effects and a nice choice of free spins modes; it has a pretty generous RTP of 97.00%.