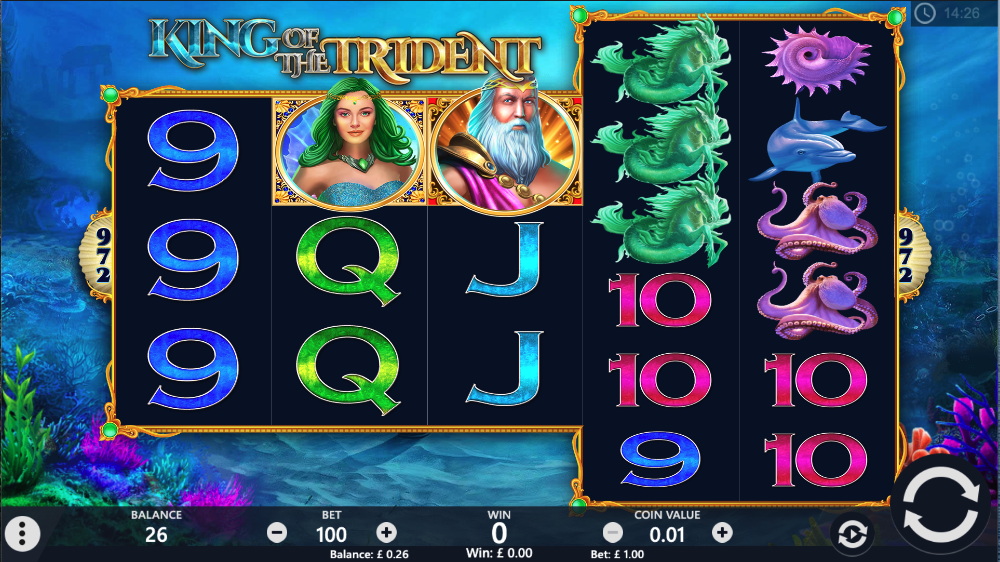 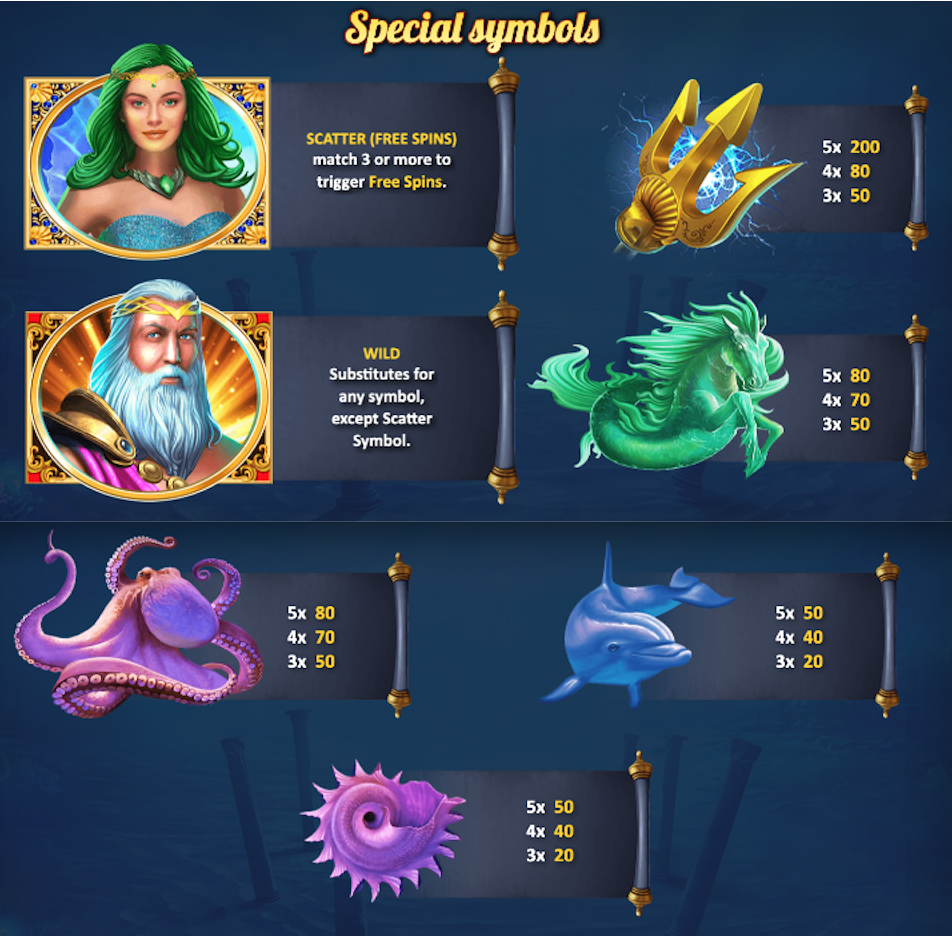 It’s time to dive beneath the ocean waves in the company of the Greek god Poseidon – he’s the main man in King of the Trident, this online slot from Pariplay with an unusual payline structure, giant symbols and free spins.

King of the Trident is a five reel slot with the 3, 3, 3, 6, 6 row set up you can see in the screenshot above; this allows a total number of 972 paylines on which to try and. match those fishy symbols. The reels float against an undersea backdrop in which ruined structures can just about be viewed in the distance.

The high value symbols include the trident, the seahorse, the octopus, the dolphin and the shell; 9, 10, J, Q, K and A make up the lower values. Poseidon himself is wild and he’ll substitute for everything except for the mermaid to help form winning combinations.

King Of The Trident Bonus Features

This is triggered when all symbols on reels one to three land with a lit background; the symbols don’t have to match and you’ll now receive one respin which results in a giant, 3×3 symbols landing on those reels for a guaranteed win and perhaps a big one if reels four and five help out a bit.

Landing three, four or five of the mermaid scatter symbols anywhere in view will award 8, 12 or 40 free spins respectively; landing one or two more will award an extra 2 or 4 spins when the round starts, up to a maximum of 20.

During this round reels four ands five will now merge together so that adjacent symbols become larger, 2×2 ones to make five-of-a-kind combinations slightly to create.

King of the Trident offers something a little different with its unusual payline structure and larger symbols; the graphics are perhaps a little underwhelming but the free spins and a solid RTP of 96.03% make up for that.