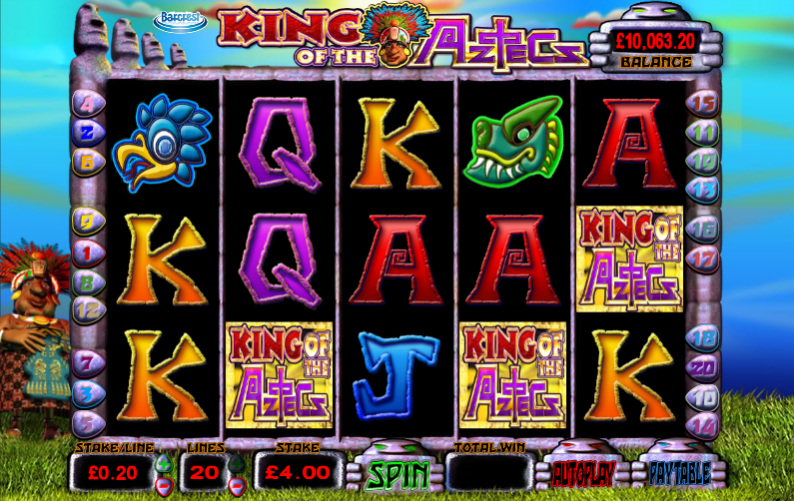 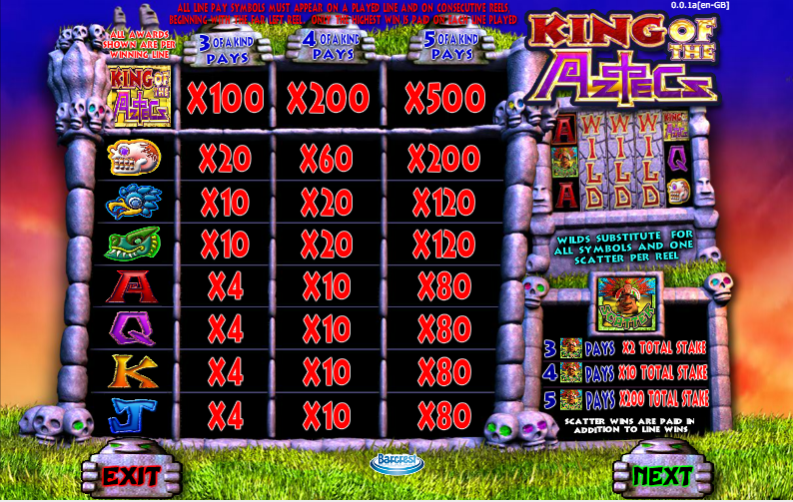 The vast region of South America is our destination now as we once again join our Aztec friends and spin the reels in the hope of landing a big win. This online slot is called King Of The Aztecs and a little bit of research tells us that the best known was Moctezuma II – he was on the throne when the Spanish decided to visit for their summer holidays. It’s developed by Barcrest and it you can read all the essential information in the review below.

King Of The Aztecs is a five reel slot with three rows and up to twenty paylines; we would normally expect a design including temples and scary stone faces but there’s none of that here – the king stands on the grass to the left of the reels while there are some Easter Island-style stone heads above the reels. The weather looks nice though.

The wild symbol only appears on the centre three reels and it’s explained in more detail below; the scatter is the king himself and if you can land five anywhere in view you’ll receive a handy 200x your line stake.

This is the nearest thing to a bonus feature in King Of The Aztecs and it can happen on any spin; there is a chance that one, two or three of the centre reels will become completely wild. This can obviously make for some big wins although the wild will only substitute for one scatter symbol per reel.

King Of The Aztecs is a cheerful enough slot without really offering much to capture the imagination; the wilds make things interesting, especially if three land on the same spin. The RTP is 95.00%.