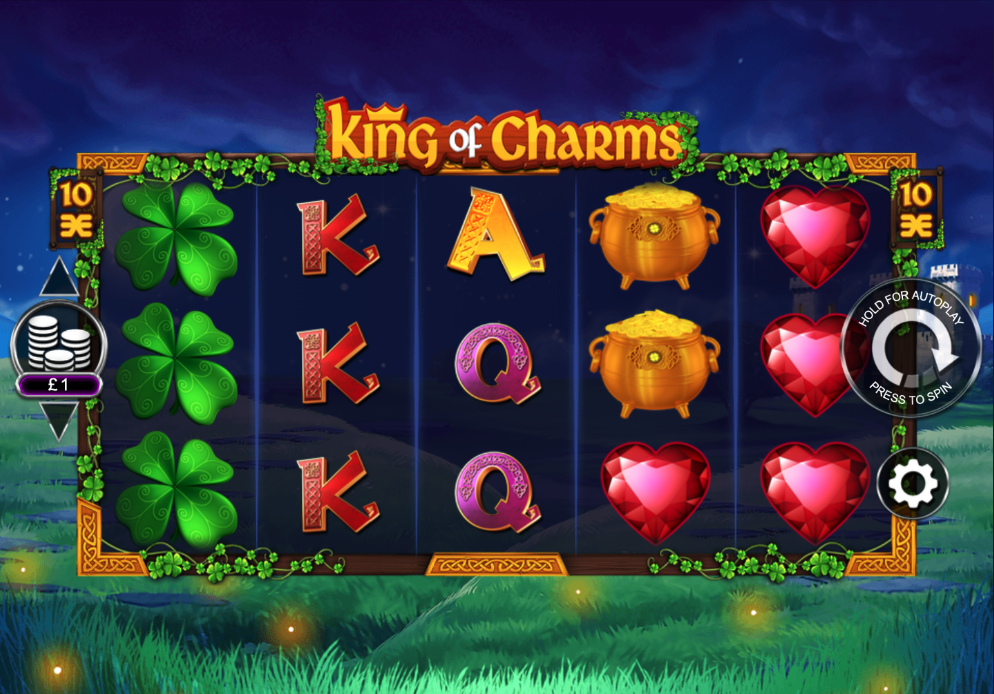 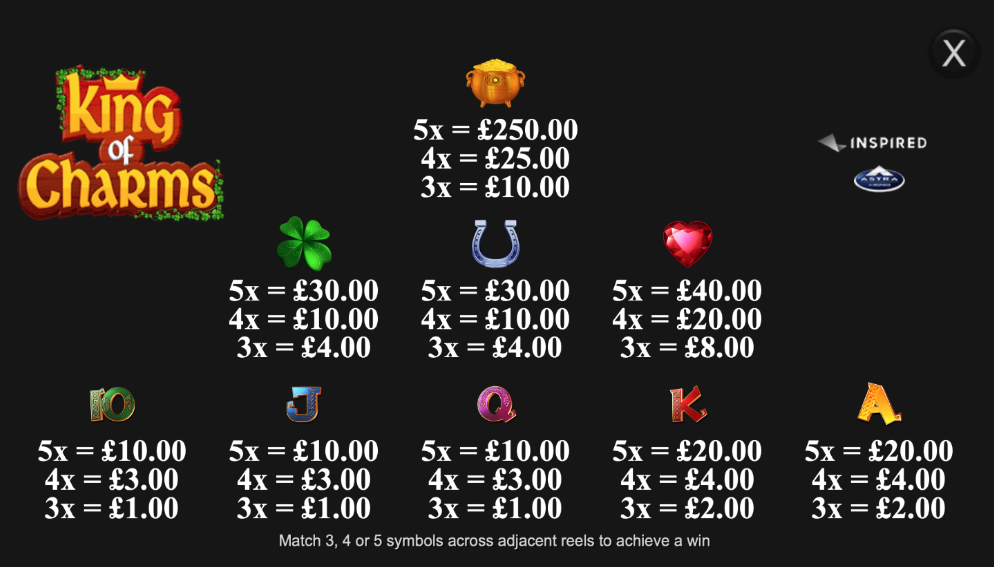 There’s a virtual visit to the Emerald Isle in store for anyone looking to try out this Irish-themed online slot from Inspired Gaming; it’s called King of Charms and from £0.10 per spin it tempts players with multi-reel Hot Spins which rewards any win over 4x the stake with a clever bonus feature.

King of Charms is a five reel slot with three rows and ten fixed paylines; behind those reels a familiar Irish meadow stretches towards the mountains but look to the right and you’ll see a castle sheltering from the stormy clouds.

High value symbols include the pot of gold, the four leaf clover, the silver horseshoe and the ruby heart; 10, J, Q, K and A make up the lower values. There are no wild or special symbols in the base game.

Any win which is worth at least 4x the total stake will trigger this feature and the single reel will now split into four separate reels; the winnings are now used to play Hot Spins but you can take this amount and go back to the base game if you don’t fancy this feature.

One Hot Spin is a spin of all four smaller reels and the RTP here is 100% so it’s better to play here than in the base game which is 95.51%. The King of Charms also appears here and all instances that land will transform into one other matching symbol for some potentially big wins.

There’s not too much in the way of originality in King of Charms but it’s enjoyable enough in its own, fairly limited way; the bonus feature keeps things ticking along because it triggers regularly and as we’ve already said – play it when you get the chance because of the raised RTP.