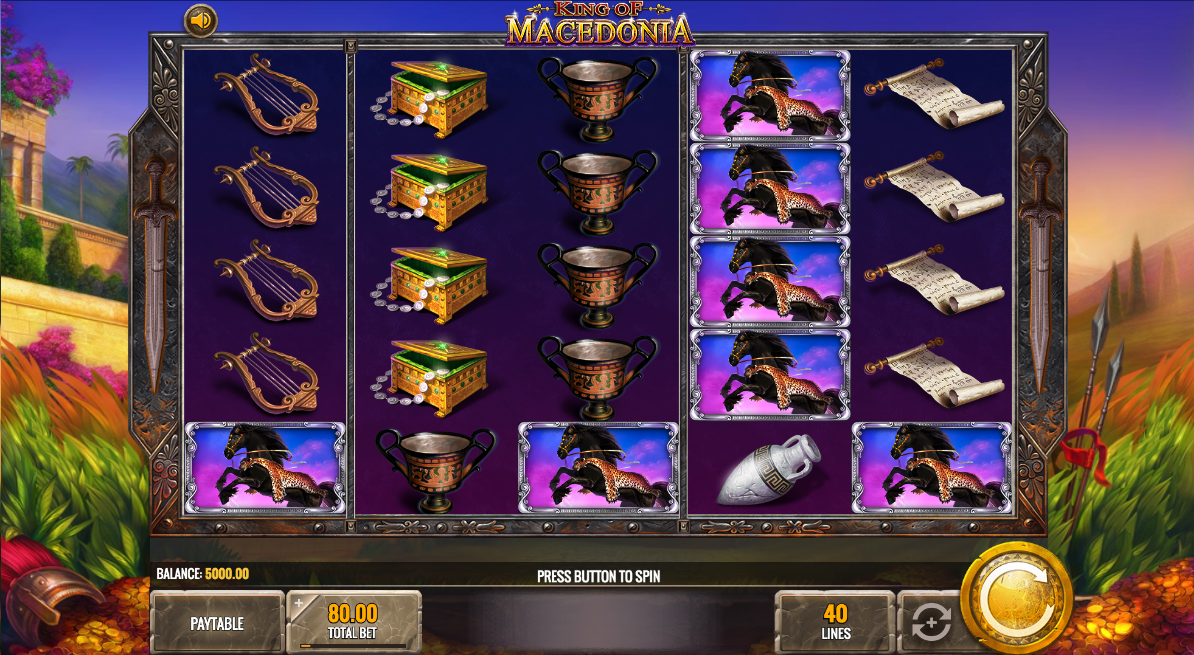 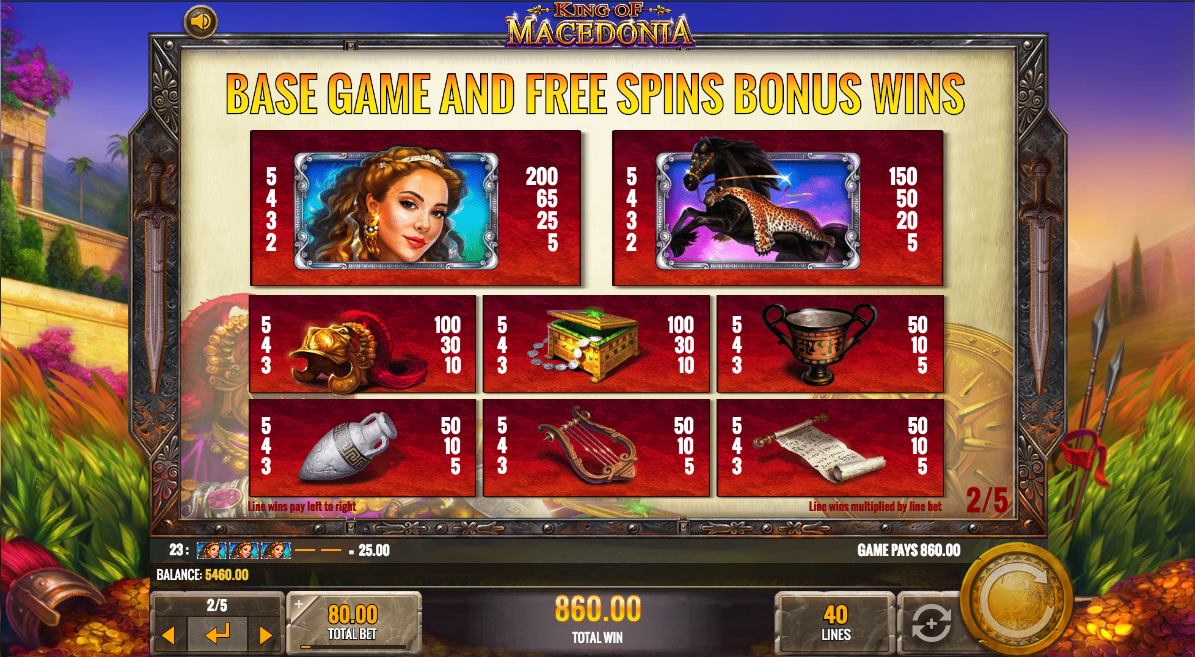 As all online slots fans will know, Philip II was the King of Macedonia from 359BC until 336BC; he was also the father of Alexander the Great and perhaps more importantly the theme of this game from IGT – find out how it all stacks up below.

King of Macedonia is a five reel slot with three rows and forty fixed paylines; swords are embedded in the metalwork on either side of those reels while the backdrop features a scene of Macedonian countryside complete with helmets, spears and sunshine.

The symbols are all related to the theme and include one of his many wives, his horse, a helmet, a jewellery box, a cup, an amphora, a small harp and a scroll.

Philip himself is the wild symbol, he appears only on reels two and four but he’s two reels wide when he does so – this is why reels two/three and four/five looks as though they’re separated out slightly. The wild will substitute for all other symbols to help form winning combinations except for the golden shield bonus icon.

This occurs during the base game when the golden shield lands on reel one and there are no wild symbols in view; a multiplier of 2x, 3x, 5x or 10x will appear on the reels and be applied to any wins on that spin.

This is triggered by landing the golden shield on reel one and at least one gigantic Philip wild anywhere else in view; those wilds will remain in place until the round ends and you’ll receive eight free spins which unfortunately can’t be retriggered.

King of Macedonia is very much in the IGT mould and if that’s your thing then you should enjoy this; the huge wilds offer the potential of big wins, as does the free spins round and there’s some nice historical context. This game comes with an RTP ranging between 92.10% and 96.10%.