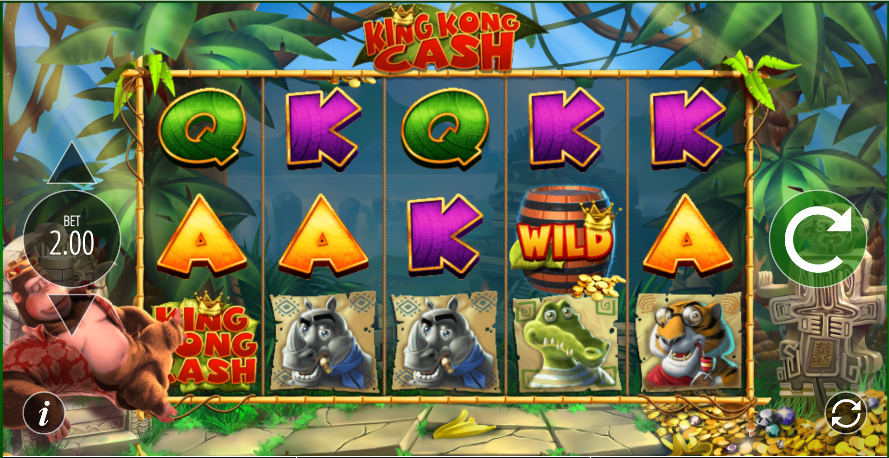 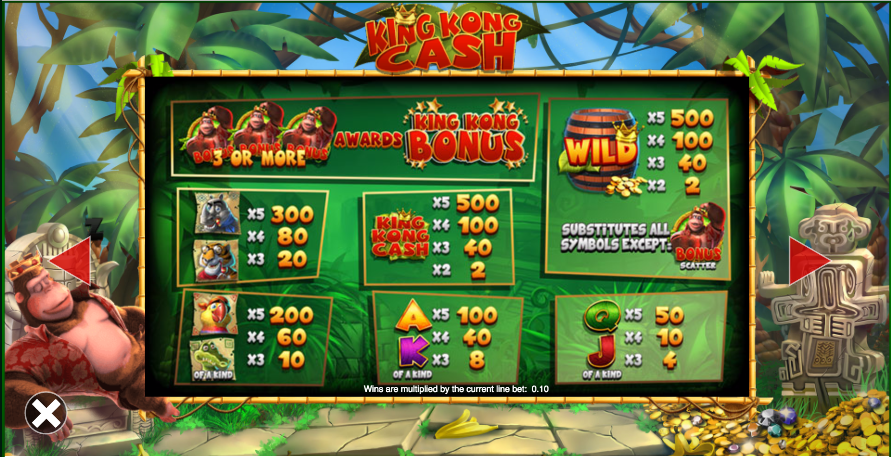 King Kong is of course the giant ape kidnapped from his home island to be displayed in an American theatre; despite hie demise at the end of the original movie he has returned in several other big screen outings and a fair number of online slots too, including this one; it’s called King Kong Cash and it’s developed by Blueprint Gaming.

King Kong Cash is a five reel slot with three rows and twenty fixed paylines; those reels spin within lashed-together bamboo poles and the whole thing is set against a jungle backdrop of trees, ancient ruins and piles of gold coins.

The high value symbols include the game’s logo, a rhinoceros, a tiger, a parrot and a crocodile; lower values are represented by the standard J, Q, K and A.

The barrel is the wild symbol and it will substitute for all others to make winning combinations except for the King Kong scatter icon.

This can occur randomly during any spin and one of the following four bonuses will be awarded:

This is triggered by landing three or more of the King Kong bonus symbols anywhere in view; you will now get to spin a wheel which will award one of five features:

Any bonus win can be gambled after that feature if you would like the chance to try a more lucrative game.

King Kong Cash is a really in-depth but high quality slot with plenty to recommend it – the bonus features are well though out and it offers the chance to try for a different feature if that’s your thing. It comes with an RTP of 95.80%.