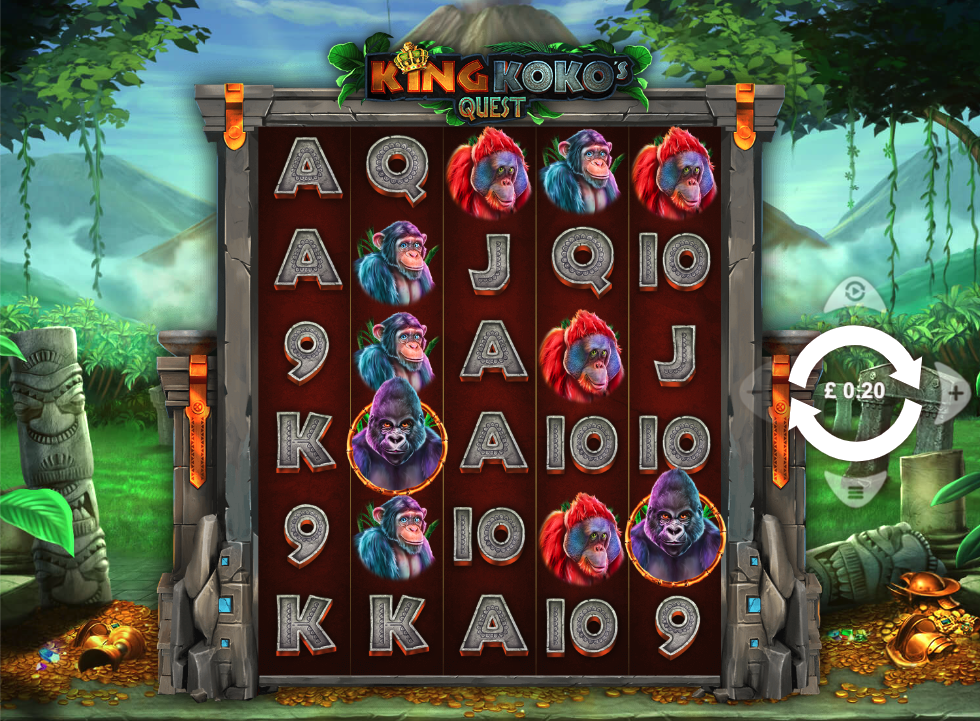 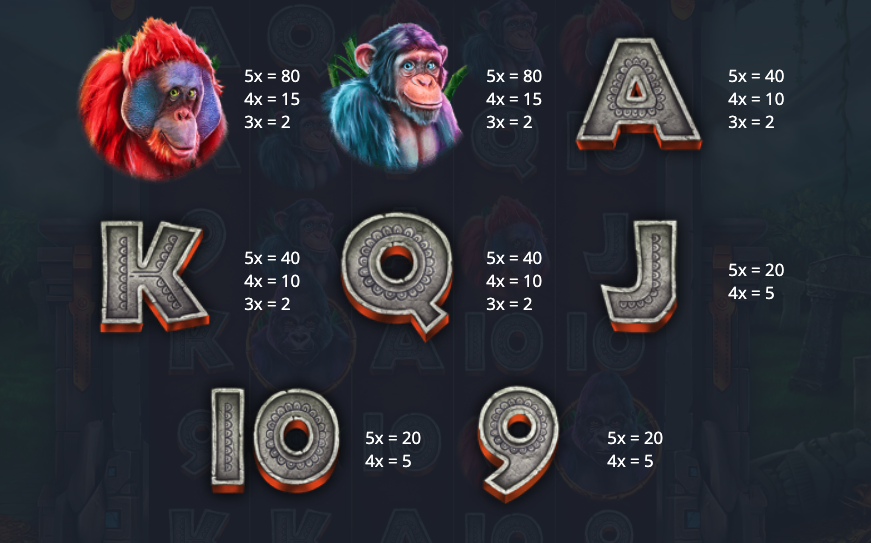 Deep in the misty jungle there’s a gang of apes and monkeys roaming the ruins of some long-forgotten empire – this is King Koko’s Quest and it’s an online slot machine developed by Pariplay. From £0.20 per spin there are free spins and Walking Wilds to be won.

King Koko’s Quest is a five reel slot with six rows and forty fixed paylines; a smoking volcano looms behind those reels while tribal ruins and piles of treasure lie in the jungle clearing in the foreground.

The three higher value symbols are the gorilla, the orangutang and the chimpanzee while 9, 10, J, Q, K and A represent the lower values. The glowing, red symbol is wild and the crown is the scatter symbol.

Whenever a wild symbol appears on the reels is will stay there and move up one place with each spin until it disappears off the top; if a gorilla lands on the same position the eight adjacent spots around it will also become wild this is Wild Mania Xplosion.

Landing at least three of the crown scatter symbols anywhere in view will award fifteen free spins initially but these can be won again in the same way an unlimited number of times.