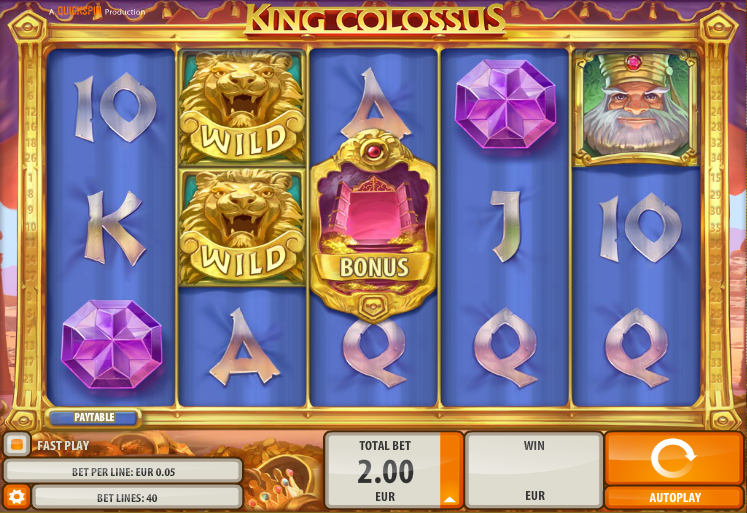 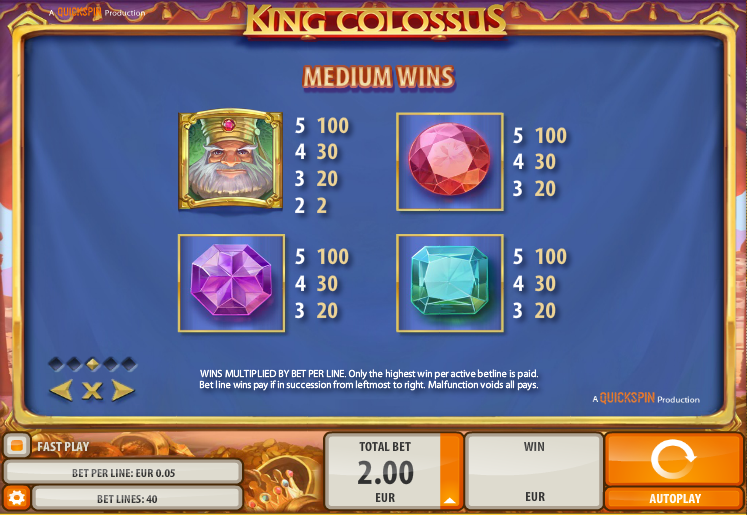 We wrote about this brand new online from Quickspin a little while ago but now it’s finally here we can give you a full rundown of it’s features. It’s called King Colossus and the title character is a completely made up individual just for the purposes of this game. Read on to find out all about the King’s MASSIVE HEAD which appears during the main feature.

King Colossus is a five reel slot with three rows and forty fixed paylines which gives a betting range of £0.40 to £320.00. There’s not much background scenery to the reels but everything is gold-framed to create a atmosphere of wealth and royalty.

The golden lion is wild and can appear stacked on the reels which means the symbols can appear on top of each other. This can help create more winning combinations. The scatter is represented by the pink door bonus icon and activates the main feature; it only appears on reels two, three and four.

You will need to land three of the pink door scatter symbols anywhere on reels two, three and four to trigger the spins. You will receive a miserly five free spins initially but there’s a +1 symbol added to the reels which can award more.

There’s also an extra wild added to the reels and on each spin at least two of these icons will appear on reels one, five or both.

King Colossus’ massive head also makes an appearance here and it occupies a 3 x 3 space on reels two, three and four. This obviously helps out with some big wins especially when combined with the extra wilds.