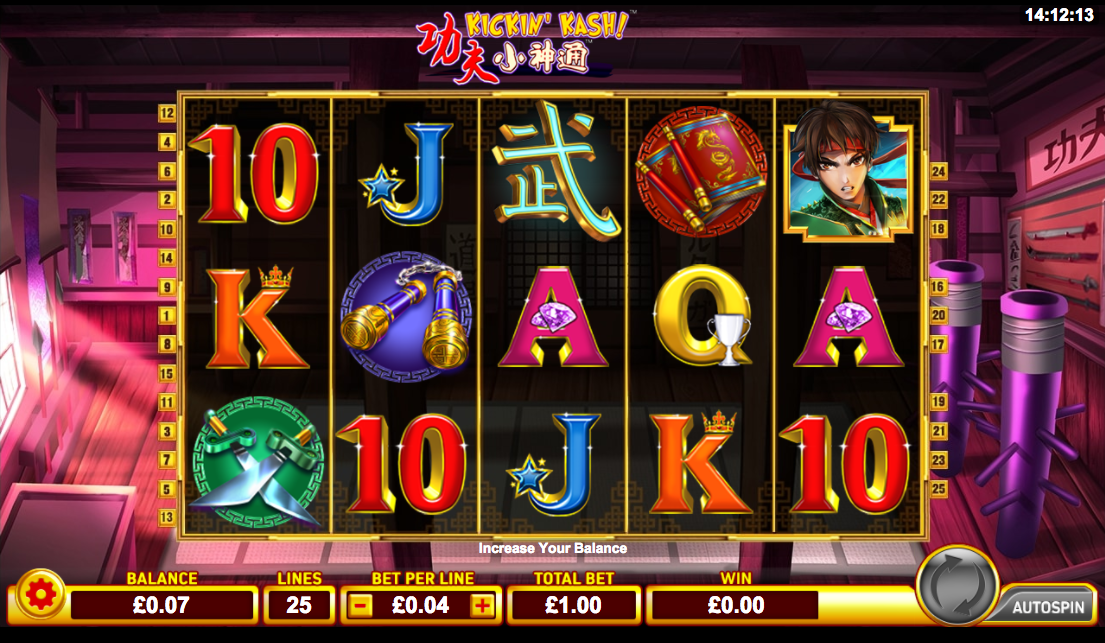 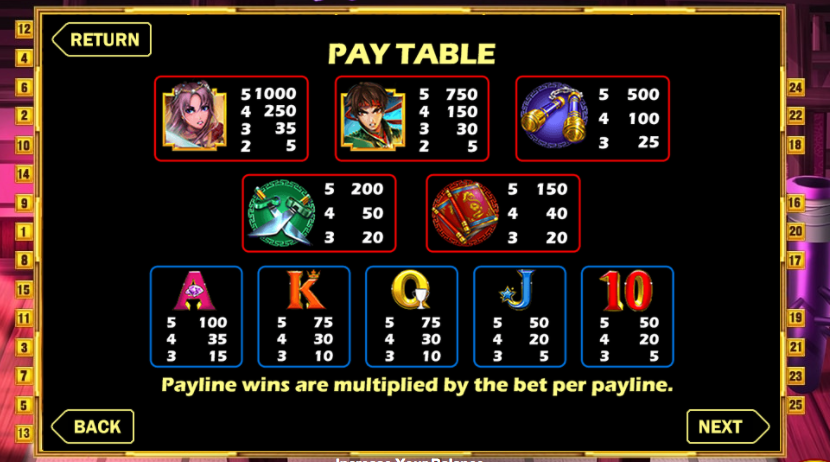 Most oriental-themed online slots are based around temples, dragons, cherry blossom and the like but here we have a game with martial arts as it’s inspiration; it’s called Kickin’ Kash, it’s developed by Aspect Gaming and you can read all about it right here.

Kickin’ Kash is a five reel slot with three rows and twenty five fixed paylines; gold rims border those reels and the setting is a traditional wooden dojo where swords and spears line the walls along with various bits of training apparatus.

The high value symbol include male and female characters, a pair of nunchucks, some crossed swords and a pair of instruction books; 10, J, Q, K and A make up the lower values.

The wild symbol is a multi-coloured ball surrounded by a golden dragon, it appears only on reels two, three and four and it will substitute for all others to form winning combinations except for the Chinese character scatter icon.

This is triggered by landing three of the Chinese character scatter symbols anywhere on reels two, three and four and for this you will receive ten free spins.

Before the spins start you will asked to pick the male or female characters and they will award the following extra feature:

The feature can be retriggered by landing three more scatters during this round.

Kickin’ Kash follows the same design template as other Aspect slots and that can be good because if you like one you will like them all; the free spin round has an extra enhancement and the game comes with an RTP of 94.19%.